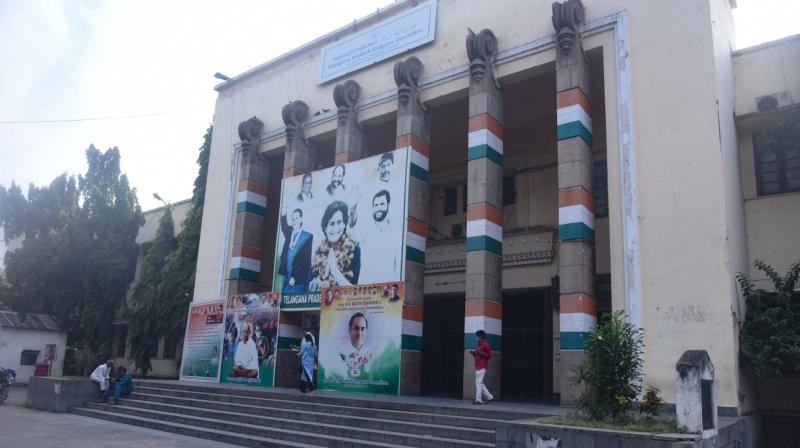 Hyderabad: With the leadership being indecisive, Congress leaders who can’t win their own seats are trying to pull down those who may possibly lead the floundering party in the state against a resurgent BJP and strong TRS.

There is talk in party circles that some TPCC chief hopefuls are using senior leaders as their mouthpiece to bash their rivals in the murky race. Instead of uniting, the cracks in the party are becoming wider by the day.

Manickam Tagore, the Telangana state incharge, recently spoke to senior leaders and submitted his report to the high command. Venkat Reddy and Sangareddy MLA T. Jayaprakash Reddy alias Jagga Reddy staked claim during the talks. The other leaders, including Revanth Reddy and Mallu Bhatti, did not spell out their stand.

After Tagore submitted his report to the high command, there was speculation that Revanth Reddy, the Malkajgiri MP and TPCC working president, was the frontrunner. Some senior leaders including Venkat Reddy rushed to Delhi and lobbied for the chair. Revanth Reddy duly followed them.

With the high command dithering, Jagga Reddy and former MP V. Hanumanth Rao rolled out their games in the media. Jagga Reddy, a proxy for a senior leader, opposed Revanth Reddy as TPCC chief.

Hanumanth Rao threatened to quit the party if the high command chose a leader who is facing several cases, without taking the name of Revanth Reddy. Speaking to select mediapersons, he said he would not accept a leader with RSS links. “We know the credentials of the person,” he said. The leader is also facing a money-laundering case apart from indulging in blackmail.

Hanumantha Rao then lent it a caste angle, claiming one community was lobbying for the post and asked if the Congress looked to the backward class communities, who constitute 54 per cent of the population, only for their votes. “Why is the Congress ignoring the BCs when other parties are giving them preference,” he asked.

Hanumantha Rao also levelled allegations that Manickam Tagore was biased in giving his report to the high command.

Trump is right about the Republican death wish