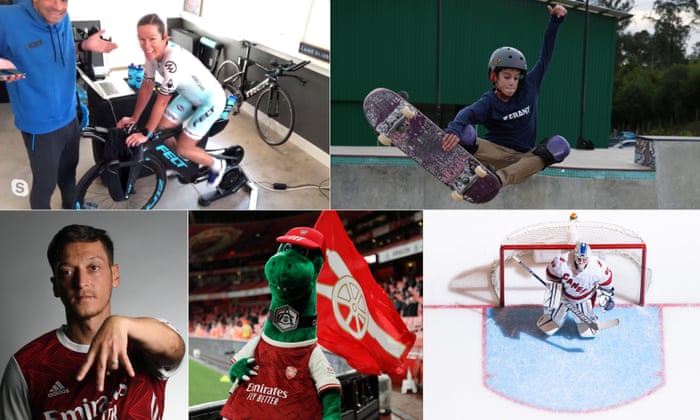 Let’s be honest – it has not been the sporting year any of us wanted, even if you are a Liverpool fan. But sprinkled among the tales of empty stadiums and Covid-19 tests there have been a few more offbeat stories to raise a chuckle and, in some cases, lift the heart as well:

You have probably accused your team’s defence of socially distancing at some point in the past nine months. But in September a football club in Germany did it for real. SG Ripdorf/Molzen II from Lower Saxony’s 3 Kreisklasse – the country’s 11th tier – fielded seven players against their local rivals SV Holdenstedt II after it emerged their opponents had been in contact with a player infected with Covid-19 during a recent match. Those who showed up for the game kicked off, stood aside and let Holdenstedt rattle in 37 goals without reply. Their story became a viral sensation, and it took some time for things to die down.

Holdenstedt found themselves on the wrong end of a hammering, this time via social media, for inflicting such punishment and the clubs held a meeting to smooth things over. There are, we are happy to confirm, no problems between them. The season rolled along as normal for a while, Ripdorf/Molzen reporting no issues in subsequent fixtures. Amateur football has now been put on hold by the federal government until at least January, though, so all eyes turn to 14 March 2021 – when the rematch with Holdenstedt is scheduled.

By day, David Ayres was an operations manager who had driven the ice resurfacer for a minor league ice hockey team, the Toronto Marlies. He also operated as a practice goalie for their NHL big brothers, the Toronto Maple Leafs, but assumed his chances of a shot at the big time were behind him after undergoing a kidney transplant 15 years ago. Then, in February, the Maple Leafs’ opponents, Carolina Hurricanes, lost both of their netminders to injury during the pair’s meeting. Ayres, watching alongside his wife in the stands while eating a reuben sandwich, was the on-call emergency replacement and found himself pressed into unlikely action at the age of 42 – eventually stopping eight shots in a 6-3 win for Carolina. Ayers became a television star for a short time afterwards and his stick was included in a display at the hockey hall of fame, owing to his new-found status as the first emergency goalie ever to win an NHL game. Three days after the match, the Hurricanes flew Ayers to Raleigh before they faced the Dallas Stars and gave him a hero’s reception in their locker room. 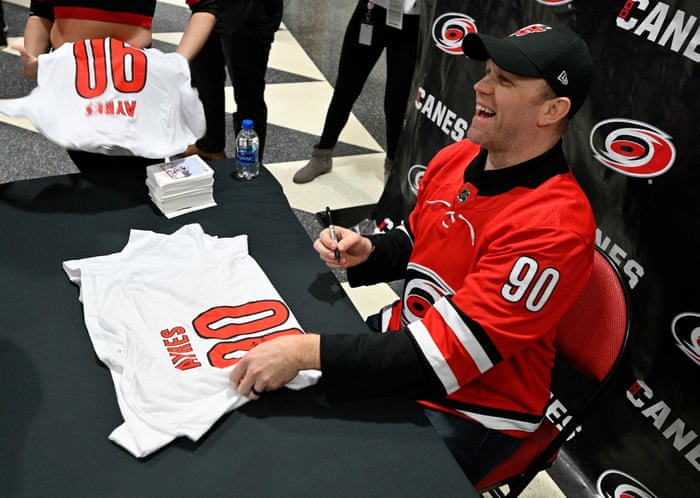 The occasional domestic disagreement is OK when we’re all holed up together for this long. The keys to rubbing along in harmony are a little give, take and mutual understanding. Not forgetting this time-honoured maxim: “Don’t trip and sever the cable when your wife is in the running to win a prestigious virtual triathlon.” Unfortunately Tim O’Donnell did not keep those wise words to heart when his wife Mirinda Carfrae, a former triathlon world champion, was competing in the inaugural Ironman VR Pro Challenge women’s race from their home in Colorado. Carfrae was going great guns during the event in April, which was broadcast live on Facebook, before O’Donnell stumbled and undid all her good work – losing the connection and sending her tumbling off the leaderboard. Scratchy Zoom calls seem the least of anyone’s troubles by comparison. Since then, Carfrae has announced she is expecting her second child, and another potential cable-wrenching hazard.

The best of 2020’s amazing world of sport – video highlights

How do you turn disappointment into opportunity during a pandemic? In Mesut Özil’s case you become a microblogger, tweeting your support to the team that no longer requires your £350,000-a-week services and throwing in the occasional passive-aggressive barb. Who might be Leicester’s greatest threat against an unimaginative Arsenal? According to their sidelined playmaker it was “the creative James Maddison”. What about the most underrated player Özil has ever played with? “Matteo Guendouzi – I’m sure he will be a big football player one day!” On Arsène Wenger? “I think many people around Arsenal are really missing him.” To Piers Morgan, at least one barb regarding infamous telephone-related allegations. Among all this, and several chirpily upbeat commentaries on the club’s games, he offered to pay the salary of Jerry Quy, who wore the famous Gunnersaurus costume for 27 years but was made redundant in October. Whatever one may wonder about Özil’s motivations, he has shown a defter touch on social media than most of his teammates have managed on the pitch since the season began.

The schools might have been closed but there was no time for slacking. Gui Khury, an 11-year-old skating boy wonder from Brazil, used his time out of the classroom to an effect that shames the rest of us during the country’s lockdown earlier this year. He took his board out every day and, to widespread astonishment, became the first person ever to land a 1,080 degree turn – effectively a triple spin – on a vertical ramp. The feat was captured on Instagram and Khury, who turned 12 a week before Christmas, has thrilled his 57,000 followers with a range of manoeuvres ever since. It might not be for the faint-hearted – but it definitely beats double maths.