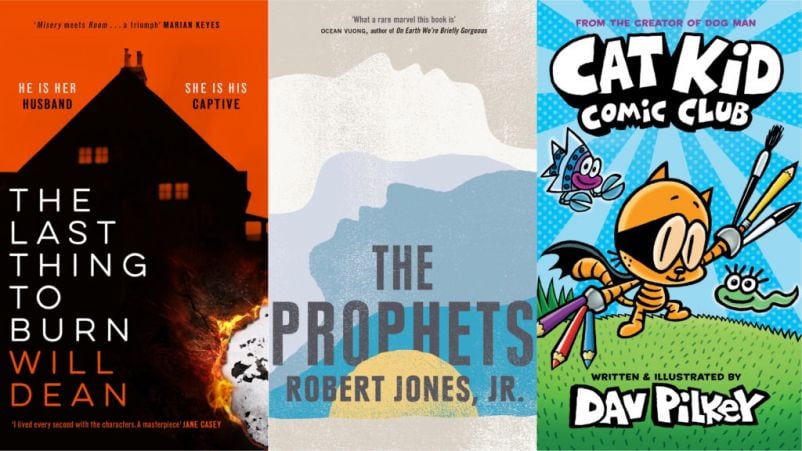 We're thrilled to reveal the cover of @audrain's The Push: a gripping story of motherhood, obsession and unconditional love, out early next year 😍

A mother’s instinct is said to be one of nature’s most powerful forces. Blythe has just given birth to her first baby, Violet, and is determined to break a cycle of bad parenting that saw her own mother abandon her as a young girl. But she struggles to connect with her detached child, sparking feelings of shame that isolate her from other mothers and her doting husband. Her concerns about Violet’s lack of empathy and seemingly cruel behaviour to other children quietly mount, but are dismissed. Are these the insecure projections of a mother trying desperately to justify an inability to bond with her firstborn? Or is there something fundamentally damaged and dangerous about Violet that could rip their family apart forever? A creepy, nuanced story that, with a growing sense of dread, subverts the ideals of motherhood so often presented as inviolable.
9/10
(Review by Jemma Crew)

2. The Last Thing To Burn by Will Dean is published in hardback by Hodder & Stoughton (ebook £8.99). Available January 7.

We are thrilled to welcome @willrdean to Hodder. His brilliant dark new stand-alone novel THE LAST THING TO BURN is coming January 2021 and available to pre-order now > https://t.co/8bQhM5RSqq pic.twitter.com/46trkp04TH

This novel’s dark premise features Thanh Dao, a Vietnamese woman who is enslaved by Len, a Lincolnshire farmer. Len has made her marry him, spies on her every movement, renames her Jane and regularly forces himself upon her. The agonising situation deteriorates further when Len imprisons another woman in his basement, and Thanh Dao falls pregnant. The new mother’s grim struggle for survival when everything has been taken from her is what drives this simple but utterly compelling story. The atmosphere is vivid, the characters are brilliantly drawn — especially Len, who shows surprising human touches despite his almost unconscious monstrousness. If it feels uncomfortable to be deriving entertainment from such a terrible situation, this story at least draws attention to a plight that is rooted in all-too-real-life tragedies. Claustrophobic, harrowing but also inspiring, this book is not for the faint-hearted. It’s hard to read, and hard to put down.
9/10
(Review by Dan Brotzel)

4. Good Grief: Embracing Life In A Time Of Death by Catherine Mayer and Anne Mayer Bird is published in hardback by HQ, priced £16.99 (ebook £8.99). Available now.

Mother and daughter Anne Mayer Bird and @catherine_mayer were widowed within 41 days of each other.

In #GoodGrief they give a powerful account of loss and love, and they hope it offers support and help to others in such circumstances.

Covid-19 turned everyone’s lives upside down, but for the bereaved, it twisted the knife of grief even further. Journalist and activist Catherine Mayer was widowed in early 2020, just before the pandemic and 41 days after her stepfather died. Her mother, Anne Mayer Bird, was obliged to shield during the first lockdown – so the two had to grieve without a safety net of friends and family. Mayer’s writing is diary-like in its directness, whether explaining the stultifying effect of ‘sadmin’ or investigating if her husband, Andy Gill, may have caught Covid while his band Gang Of Four were in China. Mayer Bird’s contribution is a series of letters to her husband, John. Their story will be familiar to those who have ever lost someone – but despite the quiet devastation, the book is a celebration of life.
7/10
(Review by Natalie Bowen)

Fans of Dav Pilkey’s Dog Man books will be cheering from the rooftops at the launch of a new series featuring the furry feline character Li’l Petey (aka Cat Kid). Cat Kid Comic Club manages to pull off the tricky combination of being hilariously funny while delivering sound life lessons. It sees Cat Kid trying to teach little frogs how to draw comic books, with all Pilkey’s usual ridiculous humour thrown in. From obligatory poo jokes to sandwiches that turn into monsters, this graphic novel will appeal to the silly in every reader. It also deals with important moral messages, teaching kids it is alright to fail and why we need to focus on what we love. Pilkey can draw in even the most reluctant readers – and this book may also encourage them to create their own comics too.
8/10
(Review by Holly Williams)