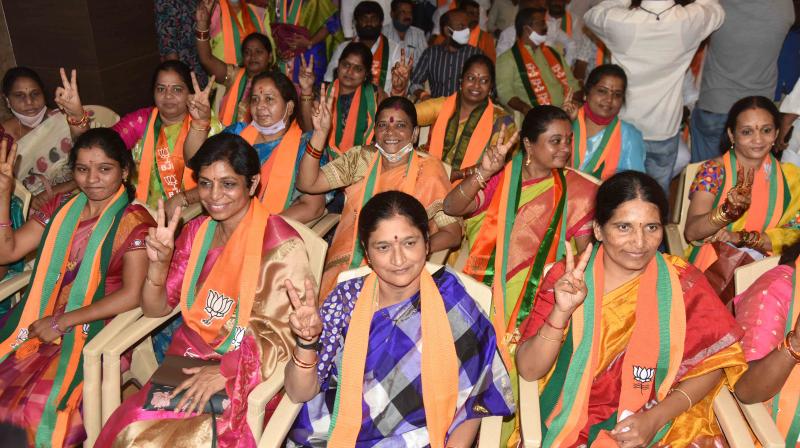 NIZAMABAD: BJP has been gaining strength in Nizamabad and Kamareddy districts since last few months, as many Congress, other political party leaders and those of even TRS are either joining or showing keen interest in getting on to the bandwagon of the saffron party, hoping for a bright political future.

BJP’s growth has simultaneously seen a steep fall in cadre base of Congress and Telugu Desam parties not only in these two districts but also in the entire Telangana state.

Incidentally, BJP candidates have been contesting from the Nizamabad Lok Sabha constituency since 1991. But for the first time, its nominee D. Arvind got elected as MP only in 2019. In addition, the party’s recent victory in Dubbak by-election, followed by a great performance in GHMC council polls, has boosted the morale of party cadre. Following this, many leaders of other opposition parties are queuing up to switch their loyalties to BJP.

Telangana Pradesh Congress Committee official spokesman Medapati Prakash Reddy is all set to join BJP. Aiming to contest from the Bodhan assembly constituency, he has recently resigned from the Congress. He is expected to join BJP along with his followers, who are currently in both opposition Congress and ruling TRS parties, sources said.