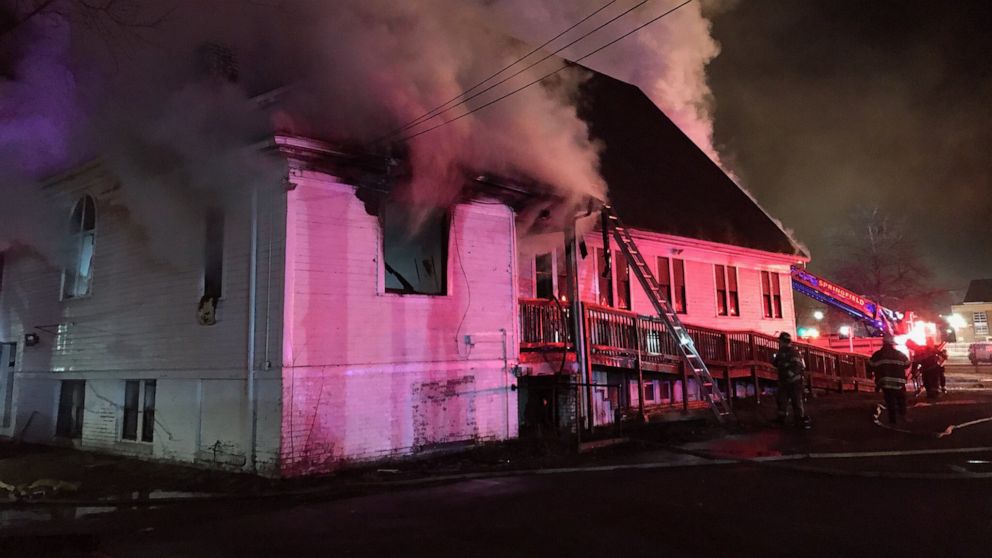 A fire at a Black church in Springfield, Massachusetts, is under investigation by local, state and federal authorities.

The building was unoccupied when the large fire erupted, apparently starting at the back of the church, he said.

The rear of the church suffered extensive structural damage while the congregation area has extensive water and smoke damage, Piemonte said.

There’s no evidence of arson at this time, Piemonte said, but the fire has been classified as “suspicious.”

The Bureau of Alcohol, Tobacco, Firearms and Explosives, FBI agents and state investigators are helping with the probe, trying to rule out all accidental causes, Piemonte said. The investigation includes examining the electrical wiring and looking at the events leading up to the fire, he said.

Piemonte added, “We’ve had small trash fires in the neighborhood in the last few weeks.”

Fire Commissioner Bernard Calvi described them as “several nuisance fires” in the neighborhood “that we’ve been looking into,” MassLive.com reported.

Calvi called the church fire “highly suspicious,” according to MassLive.com

“It looks to be an arson type of situation and we are reviewing cameras,” Springfield Mayor Domenic Sarno added, according to MassLive.com.

The state’s arson watch program is offering a reward up to $5,000 for information leading to an arson arrest, Piemonte said. Citizens with information can call 1-800-682-9229.

Vybe Together app, meant to promote parties despite Covid, has been taken down