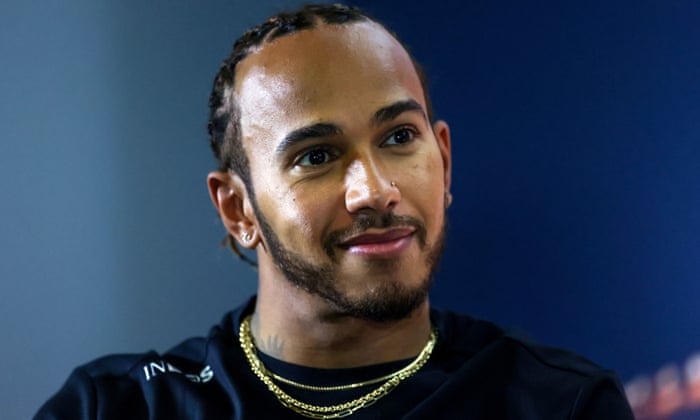 A stunning 12 months for Lewis Hamilton on and off the track, which included equalling Michael Schumacher’s record of seven Formula One titles and becoming an increasingly powerful voice for diversity in his sport, has ended with a knighthood in the new year honours list. The 35-year-old becomes the fourth F1 driver to be knighted after two fellow Britons, Sir Stirling Moss and Sir Jackie Stewart, and Australia’s Sir Jack Brabham.

There had been a question mark over whether Hamilton, who also surpassed Schumacher’s record of grand prix victories in 2020, would be knighted given he lives in the tax haven of Monaco. But it was reported that the prime minister, Boris Johnson, had personally intervened to ensure Hamilton would be rewarded for his sporting achievements.

It was confirmed on Wednesday that Hamilton, who in September also set up a commission to analyse the lack of diversity in motor racing, had been recognised through the “diplomatic and overseas” list rather than the domestic list to avoid controversy over his tax returns.

Hamilton was congratulated by Stefano Domenicali, the new CEO of F1, who praised him as a “true giant of our sport”.

“His influence is huge both in and out of a car,” he added. “What he has achieved is phenomenal with still more to come. All of us at Formula 1 congratulate him on this well-deserved recognition of his achievements and look forward to seeing more of his brilliance in 2021.”

The Exeter director of rugby, Rob Baxter, was awarded an OBE, meanwhile, and the team’s captain, Joe Simmonds, an MBE after the Chiefs won the Premiership title and the European Champions Cup. There were also MBEs for Jimmy Greaves, the former Tottenham and England striker, and the former Wolves midfielder Ron Flowers, who become the last surviving members of England’s 1966 World Cup-winning squad to be honoured.

The former Leeds Rhino scrum-half Rob Burrow, who has motor neurone disease, was also granted and MBE in recognition of services to his sport and in raising MND awareness during the coronavirus pandemic. His former teammate, the Leeds director of rugby Kevin Sinfield, ran seven marathons in seven days to raise funds for the MND Association on Burrow’s behalf, with the total now more than £2.5m.

Burrow said “2020 has taught us all to appreciate the gifts we have and it is my honour and privilege to accept this award on behalf of all the MND community”, and added: “I hope it gives people hope that we are not ignored and the drive for more research and support to end MND will not stop.”

Bob Champion, who won the 1981 Grand National on Aldaniti after recovering from cancer, has been awarded a CBE for his charitable work at the Bob Champion Cancer Trust.

Matt Hampson, who was paralysed from the neck down during a training session with the England Under-21 rugby union team in 2005, has been given an OBE for services to charity. Matchroom chairman Barry Hearn was given the same award for services to sport after a 40-year career.