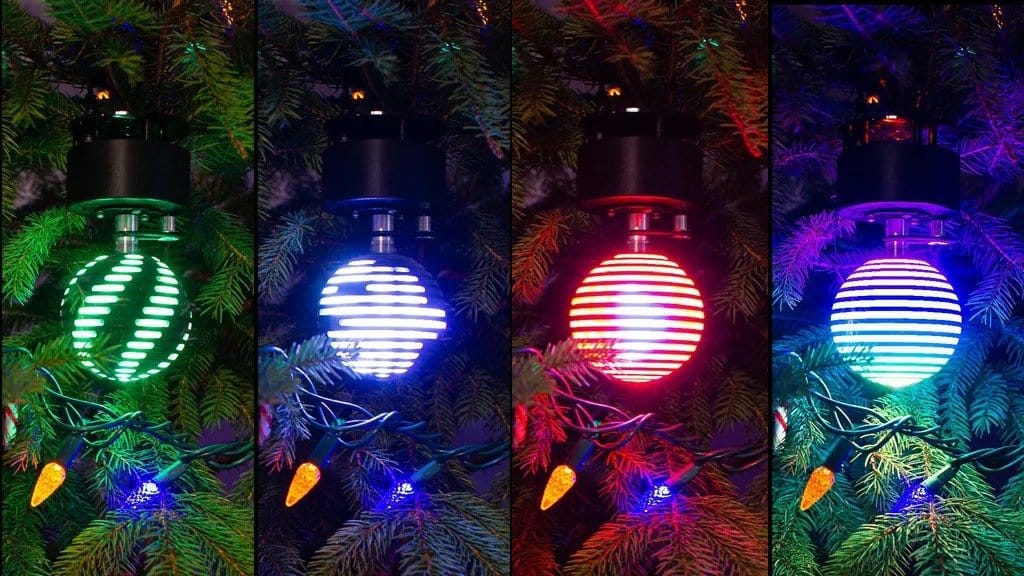 In this article, a master craftsman will introduce us to his very interesting work – an animated Christmas tree toy.
The principle of the device is based on an illusion. An addressable LED strip is glued to the outside of the ring. The ring is rotated by an electric motor. When rotating, the LEDs that light up in a certain order create the illusion of a drawing, inscriptions, pictures in accordance with the laid down program.
Let's see the device in operation.
So, for making such an animated toy the master used the following
Tools and materials: -Current collector (slip ring); – Addressable LED strip; -Motor gear ratio 10: 1; -Hall sensor; or such a 3D printer; -Black PLA-filament;
-Set of rubber rings;
-Aluminum (optional);
-Wires;
-Threaded insert M3 and M2; -Screws M3 x 6 mm; -Double-sided tape;
-Screwdrivers;
-Soldering accessories;
Step one: design
The idea behind this design is to make a ring and then glue the LED strip to it. The ring is attached to the current collector shaft or slip ring. In turn, the conductor rotates with a gear motor.
In the center of this structure there is a slip ring. Thanks to it, the electric current passes to the LED strip and thus no tangled wires. 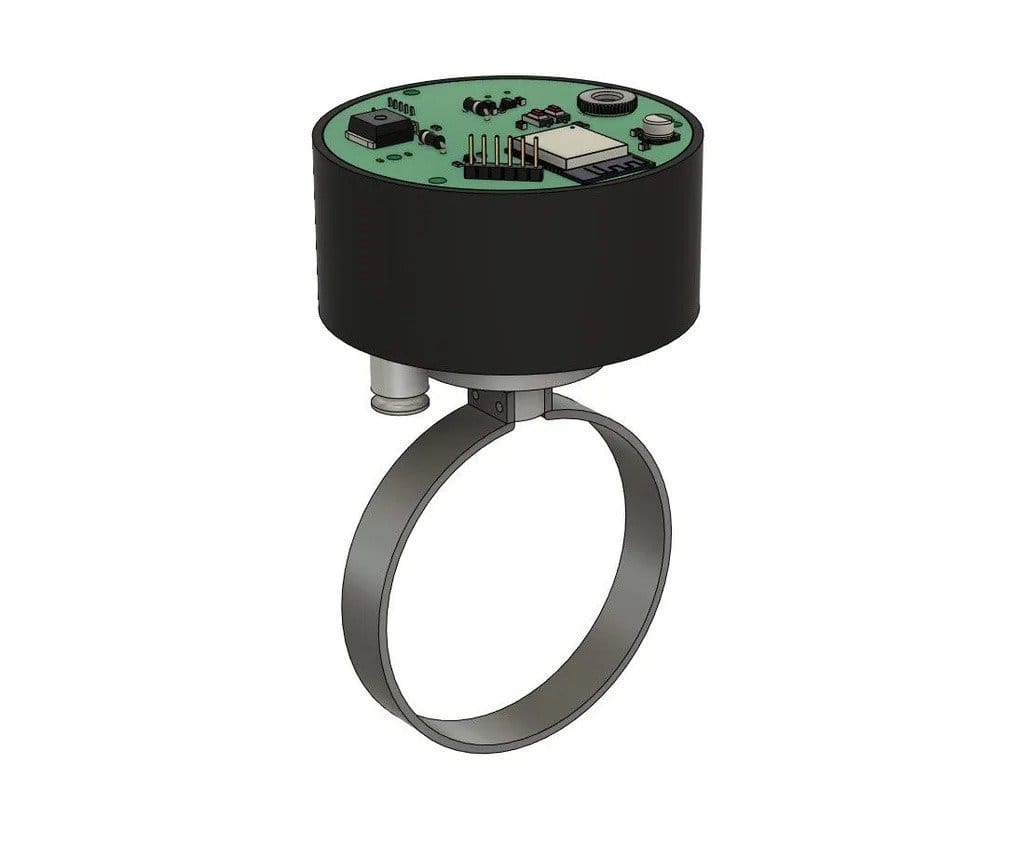 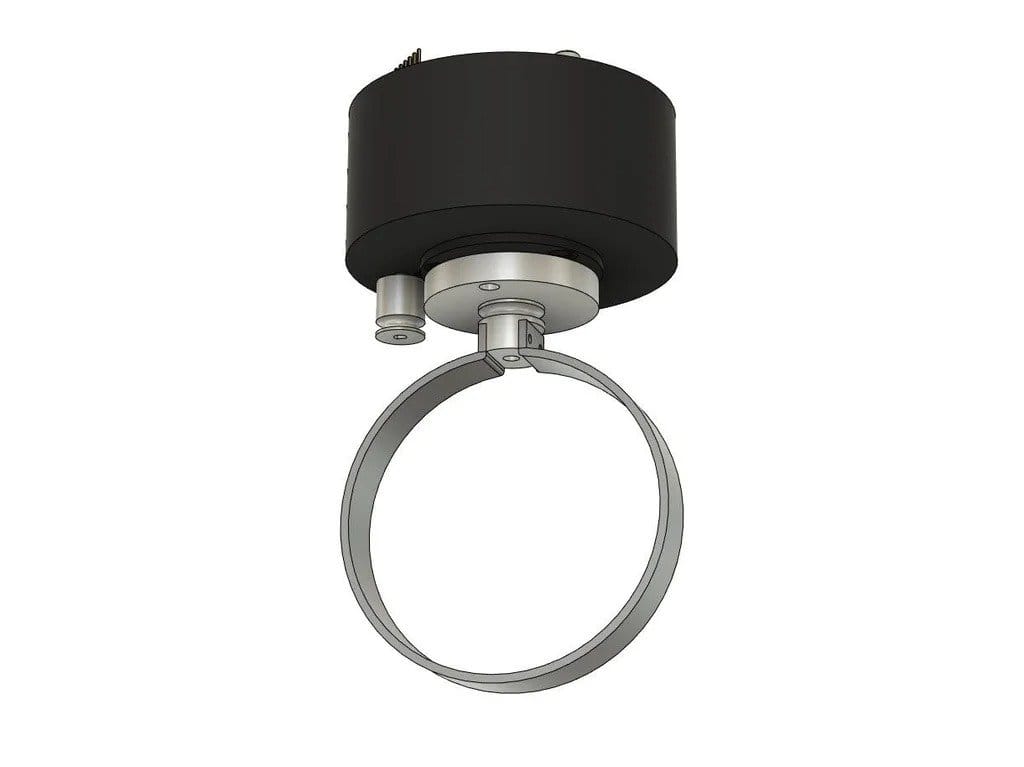 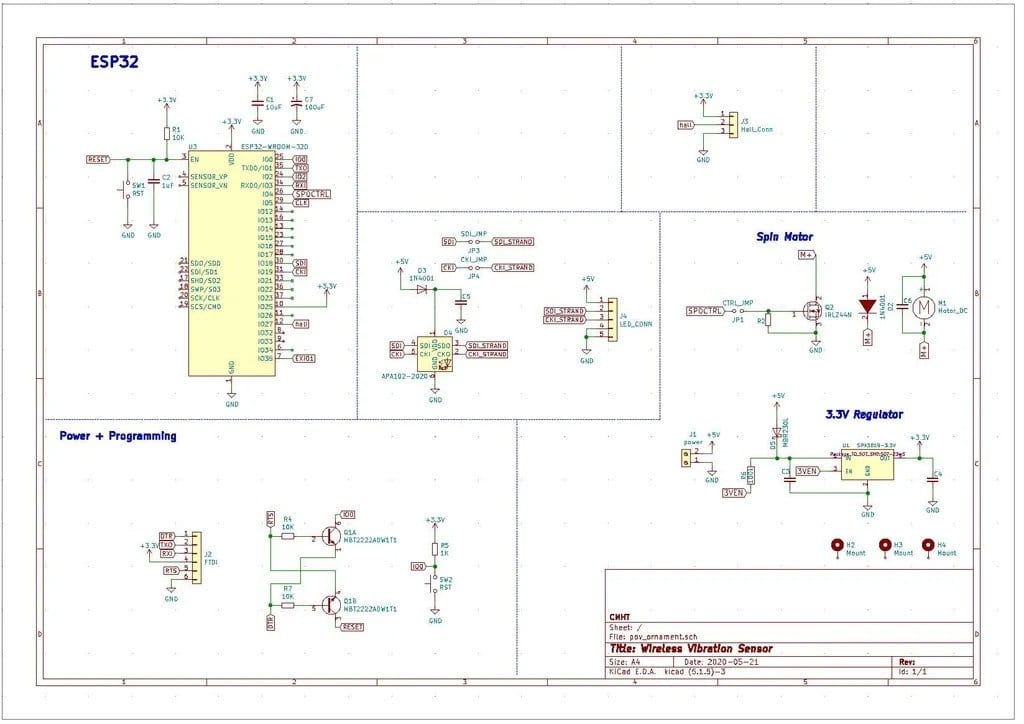 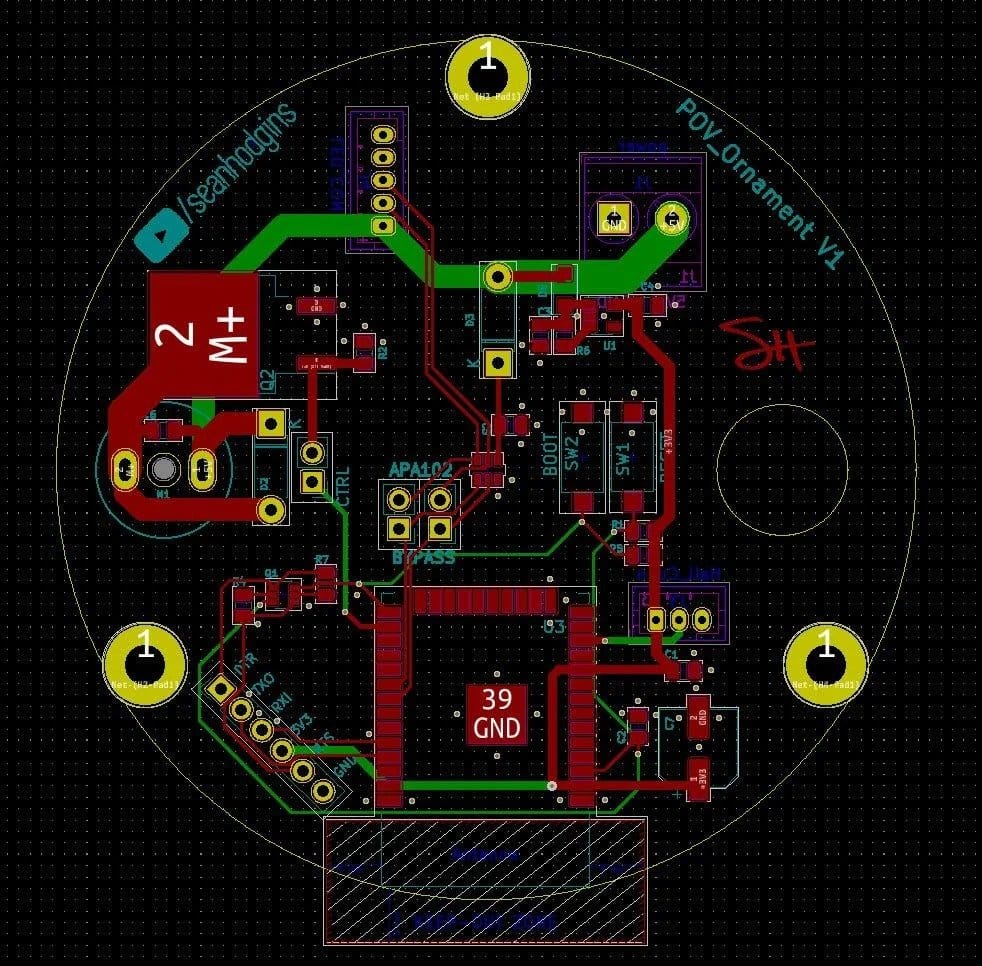 The master ordered the production of the board on a special resource.
Step three: 3D printing
You also need to print the case for the device and the ring itself. Print files can be downloaded below.
Hoop.stlHoop_Pulley.stlHousing.stlMotor_Pulley.stl 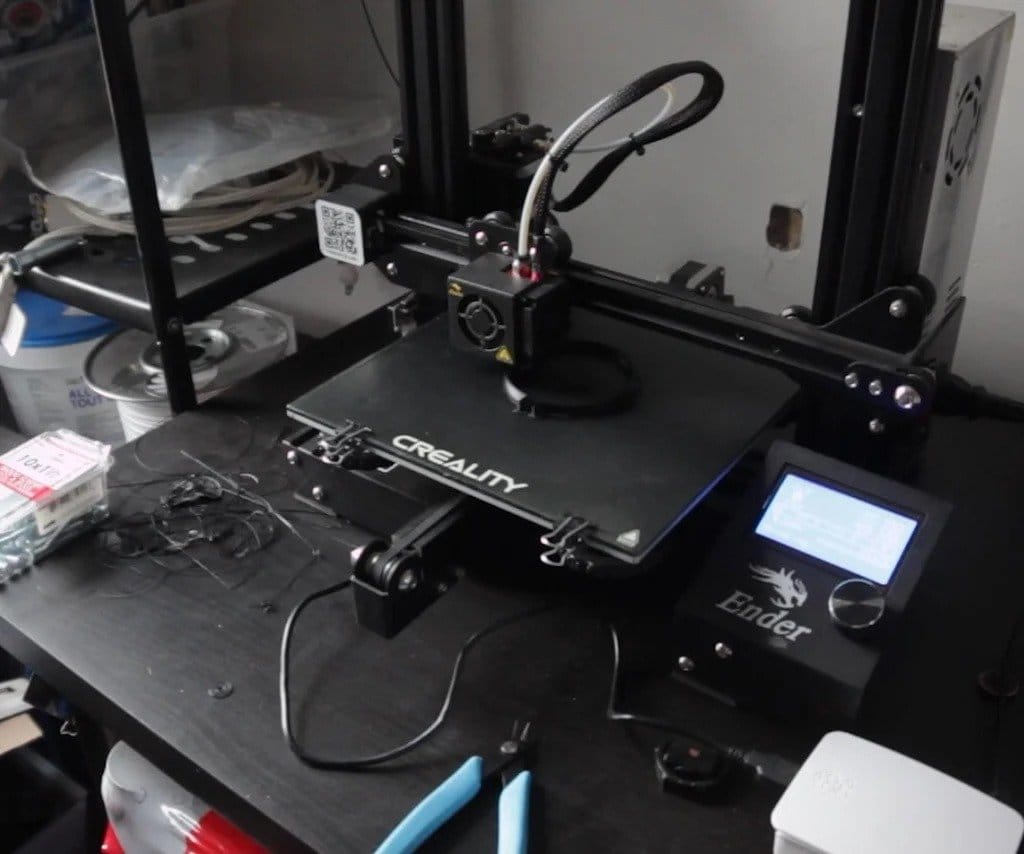 Step four: PCB assembly
Next, you need to install the printed circuit board. In principle, now at some production facilities for the production of printed materials, services are also provided for its installation, but the master decided to assemble it himself. 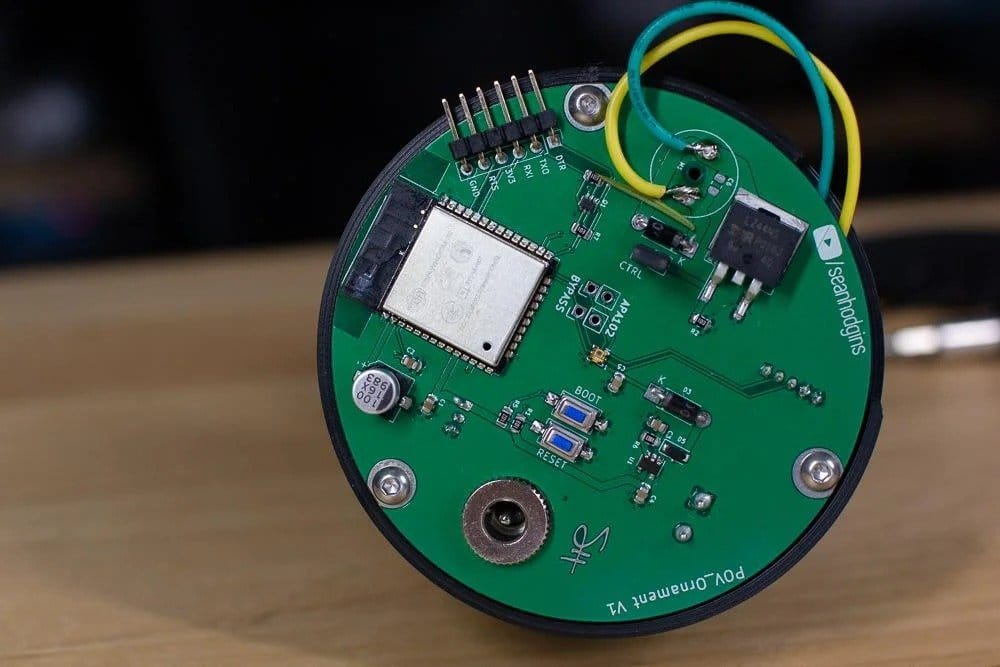 Step five: assembly
Secures the ring on the current collector shaft. Sticks the LED strip. The tape is glued to the thin side of the ring, up to the middle. The opposite thickened edge is required for balancing.
Cuts off two of the six wires. The rest is soldered to the contact pads of the LED strip.
The JST connector has been crimped on the fixed part of the current collector. You can simply solder them directly to the wire. You need to connect as follows: 5V – & gt; Data – & gt; CLK – & gt; GND. 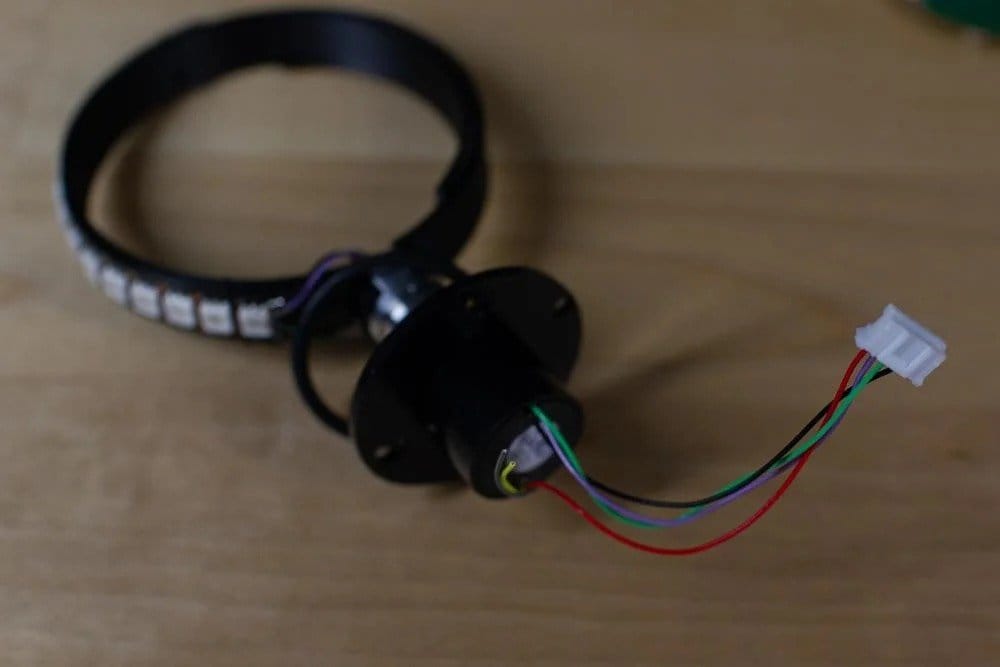 Installs threaded inserts. Installs a Hall sensor on the engine. Installs the geared motor in the housing. Installs a pantograph, a board and a cover in the case. 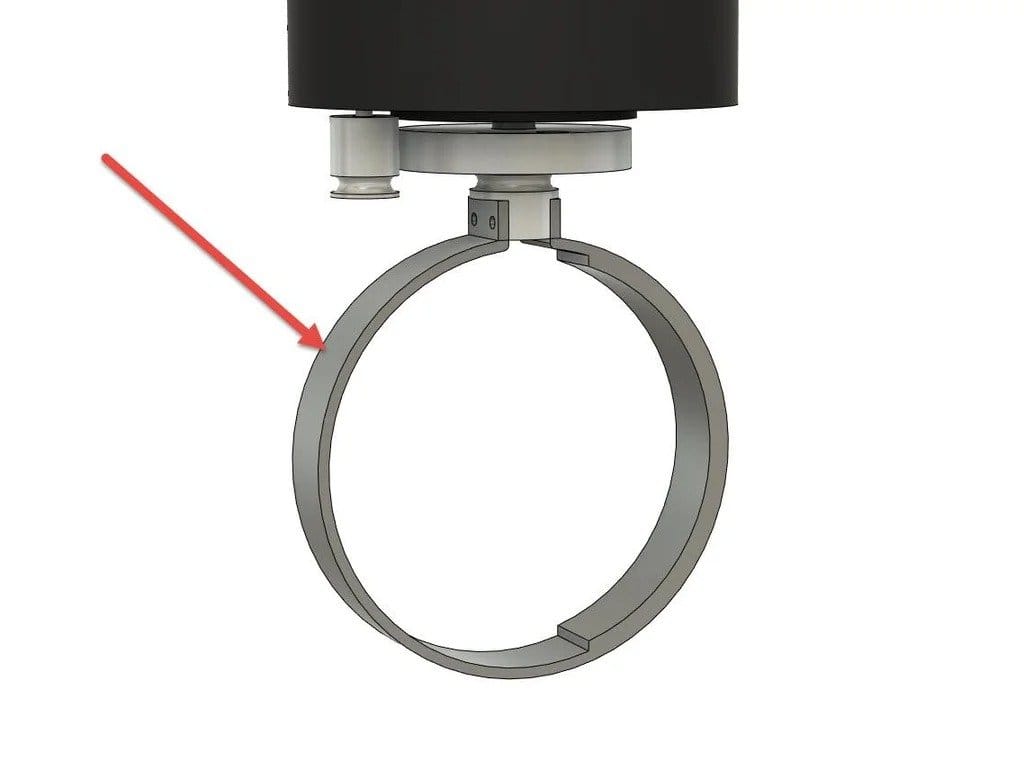 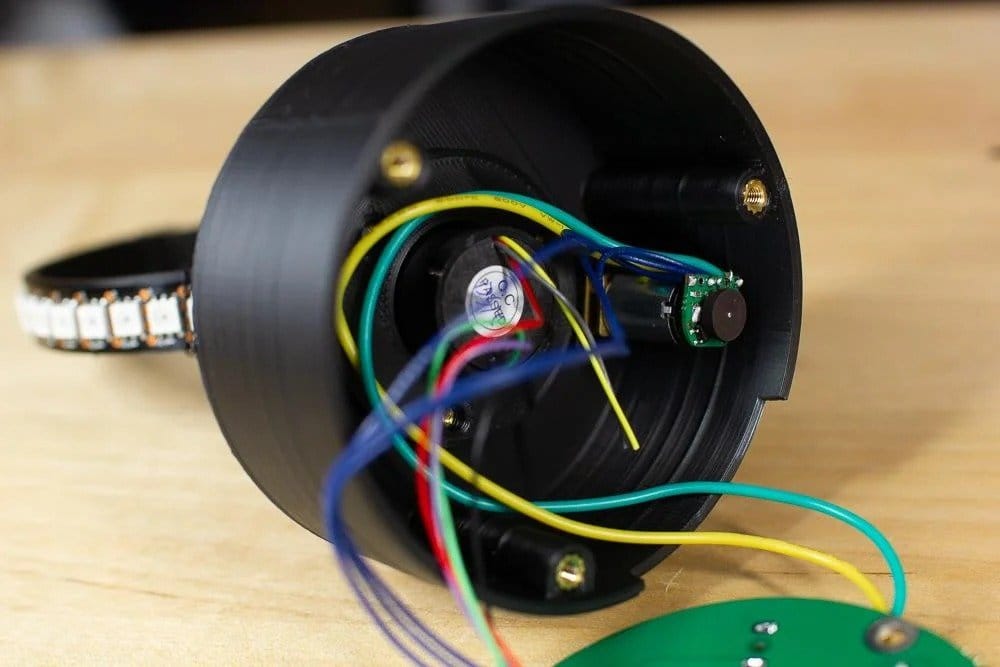 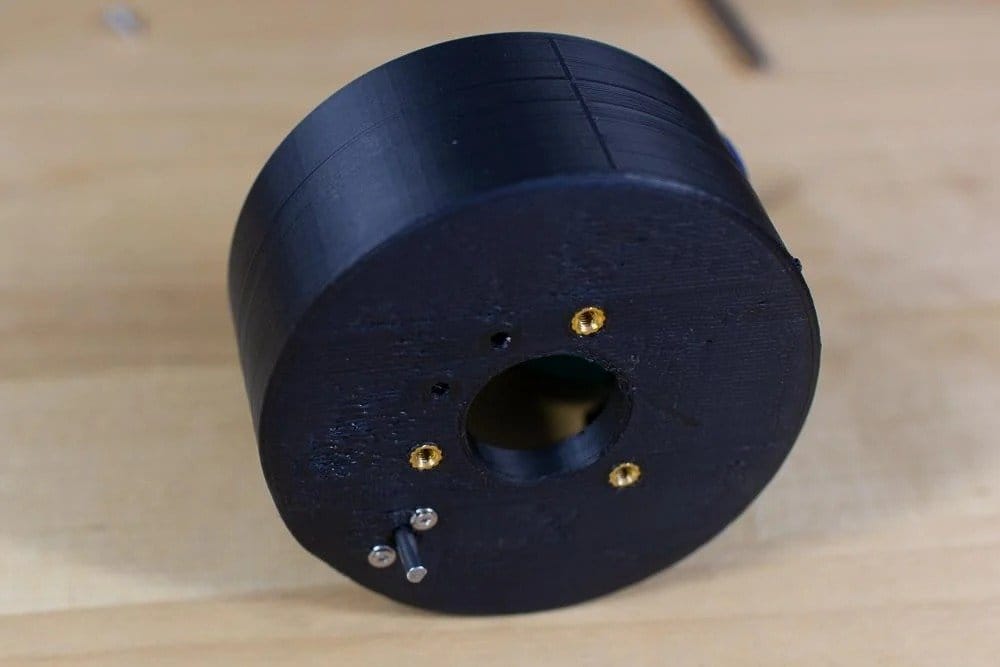 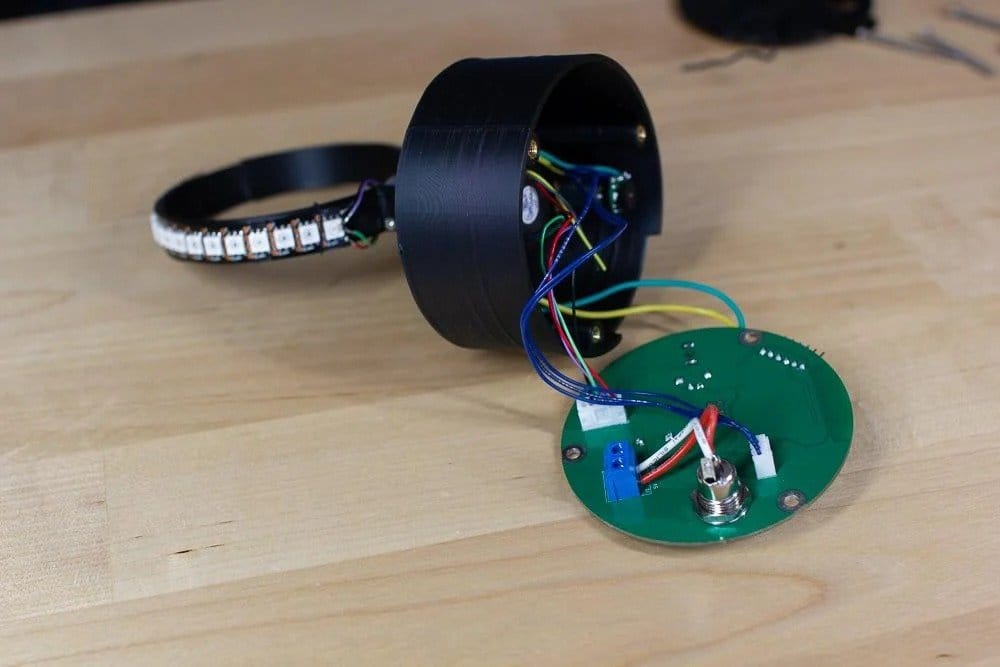 Step six: code
The wizard has several firmwares, one of them simply displays different images of your choice. With the help of the other, you can connect the ESP32 to your network and remotely control the device indicating which image to broadcast.
pov_ornament_Webserver.inoimage.hpov_ornament_default.ino
You can also create your own images. The firmware of the device is set to display 60×17 images (one of the LEDs is at the top and doesn't spin, so it's actually 60×16). To make an RGB matrix of an image, you first need to create a 60×17 image. Then, using a Python script, convert it to code-readable Arduino . After creating the animation, you need to copy and paste the matrix in the code and give it a unique name.
Everything is ready, and you can watch the video for details about the manufacture of this device.

How to make a 3D effect LED chandelier

How to make an infrared proximity sensor

Shovel with a non-kill handle