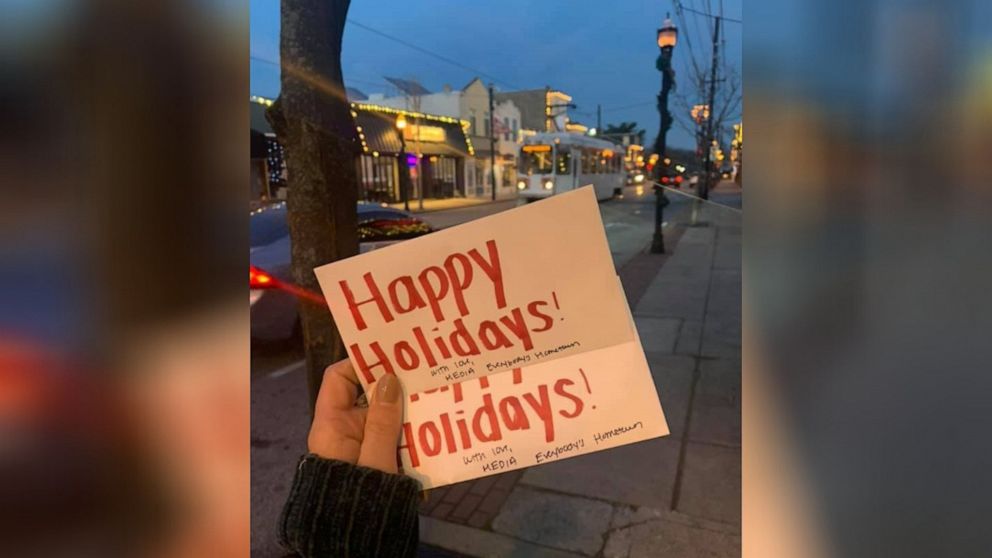 Even though Christmas is over, Brittany Scharr is continuing to play Santa by helping out restaurant workers across her Pennsylvania town.

Scharr, a former bartender and restaurant manager in the Philadelphia suburb of Media, has been going around to her town’s local restaurants to hand out $100 in cash gifts to servers and waitstaff.

“It was really heavy on my heart knowing they were struggling from the original shutdown,” Scharr told ABC News.

Her mission started a few weeks ago, when Pennsylvania suspended indoor dining for the second time this year due to rising COVID-19 cases. Gov. Tom Wolf declared that this most recent state shutdown order, which went into effect on Dec. 12, would remain in place until Jan 4.

As someone who used to work in the restaurant industry, Scharr wanted to help. She posted a plea on Facebook, saying she “would like to gift twelve restaurant service members with $100 each of the 12 days of Christmas” and set up a fundraising page.

Today, the fund has reached almost $18,000, and Scharr said she has been able to hand out cash gifts to 100 servers and counting.

Scharr said she is determined to keep giving until the indoor dining ban in Pennsylvania is lifted, saying that “$100 cash can’t pay someone’s rent but it can make someone feel valued [and] that they are important.”