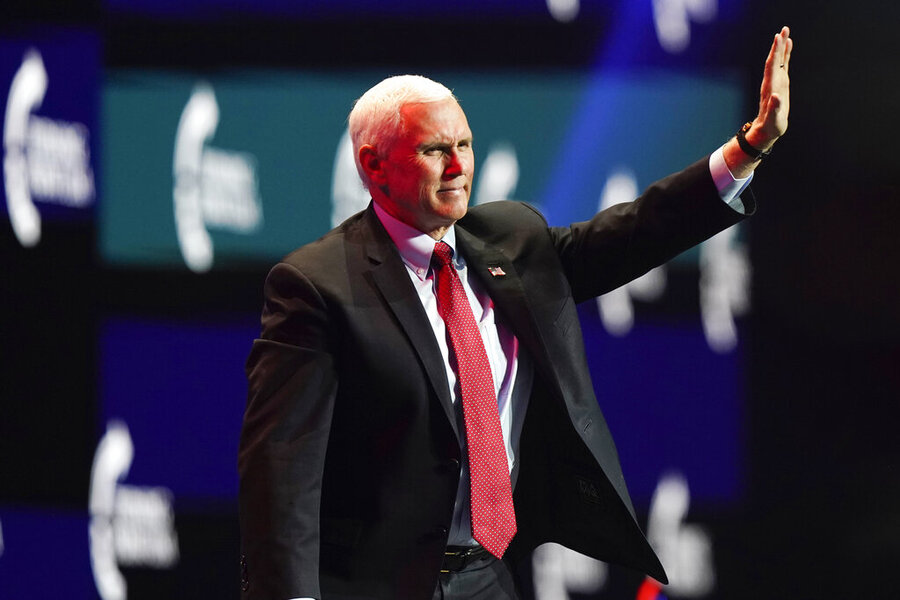 The Justice Department has asked a federal judge to dismiss a last-gasp lawsuit led by a House Republican that seeks to give Vice President Mike Pence the power to overturn the results of the presidential election won by Joe Biden when Congress formally counts the Electoral College votes next week.

Pence, as president of the Senate, will oversee the session Wednesday and declare the winner of the White House race. The Electoral College this month cemented Biden’s 306-232 victory, and multiple legal efforts by President Donald Trump’s campaign to challenge the results have failed.

The suit names Pence, who has a largely ceremonial role in next week’s proceedings, as the defendant and asks the court to throw out the 1887 law that spells out how Congress handles the vote counting. It asserts that the vice president “may exercise the exclusive authority and sole discretion in determining which electoral votes to count for a given State.”

The Justice Department is representing Pence in a case that aims to find a way to keep his boss, President Donald Trump, in power. In a court filing in Texas on Wednesday, the department said Rep. Louie Gohmert, R-Texas, and a group of Republican electors from Arizona “have sued the wrong defendant” — if, in fact, any of those suing actually have “a judicially cognizable claim.”

The department says, in effect, that the suit objects to long-standing procedures laid out in law, “not any actions that Vice President Pence has taken,” so he should not be the target of the suit.

Trump, the first president to lose a reelection bid in almost 30 years, has attributed his defeat to widespread voter fraud. But a range of nonpartisan election officials and Republicans has confirmed there was no fraud in the November contest that would change the results of the election. That includes former Attorney General William Barr, who said he saw no reason to appoint a special counsel to look into the president’s claims about the 2020 election. He resigned from his post last week.

Trump and his allies have filed roughly 50 lawsuits challenging election results, and nearly all have been dismissed or dropped. He’s also lost twice at the Supreme Court.