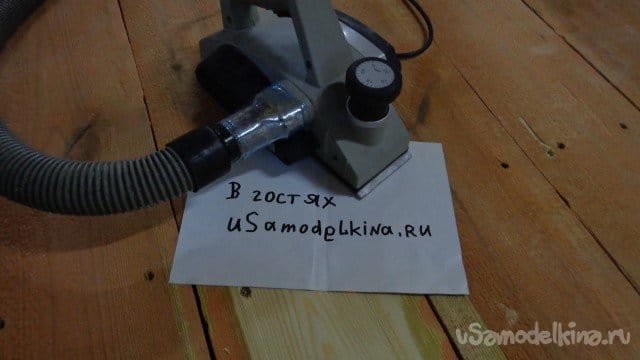 Good day to all self-builders!
After the article on eliminating cracks when laying a floorboard, it's time to level the surface along the boards in order to evenly lay the chipboard on which the linoleum will creep.
Advice for laying floorboards, 2 methods !!!
I decided to check the surface according to the two-meter rule, and found that it would take a long time to work with an electric plane, then I installed the laser level and found that the floor beams had sagged, during the construction they had pallets with foam blocks for the second floor, and then the whole forest for roof construction.
But after laying the floorboard, thresholds were formed at the joints of the boards, when leveling the surface, it will be necessary to unscrew all the boards and put pieces of fiberboard, chipboard, plywood under them. It is better to level these thresholds so that you do not have to measure the cut of material for each board. 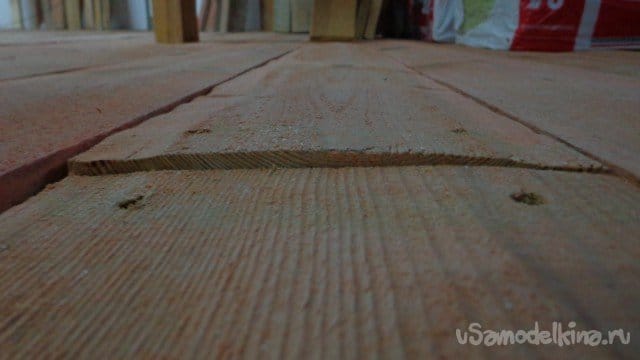 The floors have sunk everywhere differently, where 5 mm, where 15 mm, in one place generally about 20 mm.
Also, thinking ahead, I realized that they can still sink, tk. material for partitions and the rest of the decoration of the premises will be imported, and after construction and finishing work, furniture will also be delivered, all this has a weight and is not small, the floors will still bend.
Taking out a long-purchased electric planer from his arsenal, he began to plane the boards, hoping that I would manage with a regular dust collector bag, but that was not the case …
First, the bag was clogged very quickly, cleaning had to waste time with shaking out the shavings. 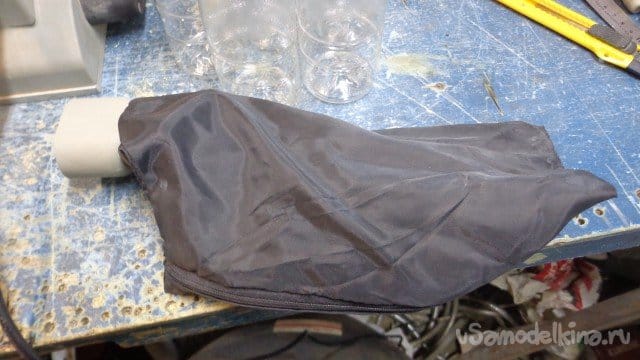 Secondly dust stood in the room that could be “hanged”.
In order not to breathe, and I didn't have to use a respirator, it's hard to breathe in it, I decided to connect my vacuum cleaner with a large tank, but again there was a problem …
Large tank for Makita 440 vacuum cleaner, NOT CYCLONE.
Tools and materials:


Oval chip removal on a plane! Do not connect the hose from the vacuum cleaner.
At first I decided to remake the plastic part on the bag itself, i.e. cut off the protruding parts inside the tube. 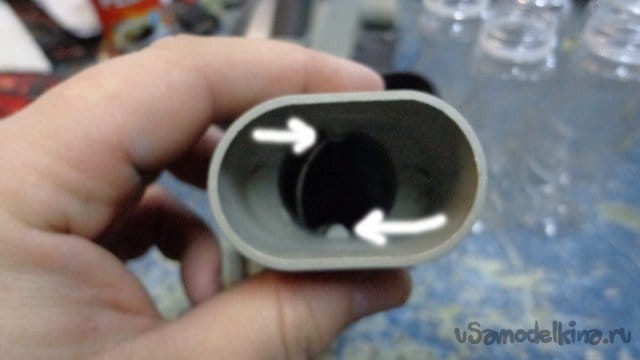 A metal bar is inserted into them, which supports the bag in a straightened state so that the chips fill the entire volume of the bag, but then didn’t do it, maybe this bag will be needed later.
I decided to make an adapter from the electric planer chip to the vacuum cleaner hose.
The first thought was to make it again from the sewer pipe, but I didn't want to breathe again with fused plastic. …
I publish two versions, simple and improved.
1 version.
I bought five bottles of a suitable size at once, the volume was 0.33 or 0.5 liters (I did not know which ones would be better suited for this idea), but the closer the size in diameter of the bottles is to the size of the chip collector and the hose, the less you have to work with heat treatment of plastic. < br> 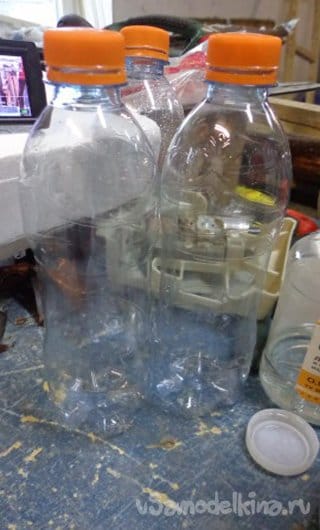 Before starting I tried to make work from a bottle of 1.5 liters, but the plastic sat down only one and a half times, and did not even reach the chip removal after heat treatment. 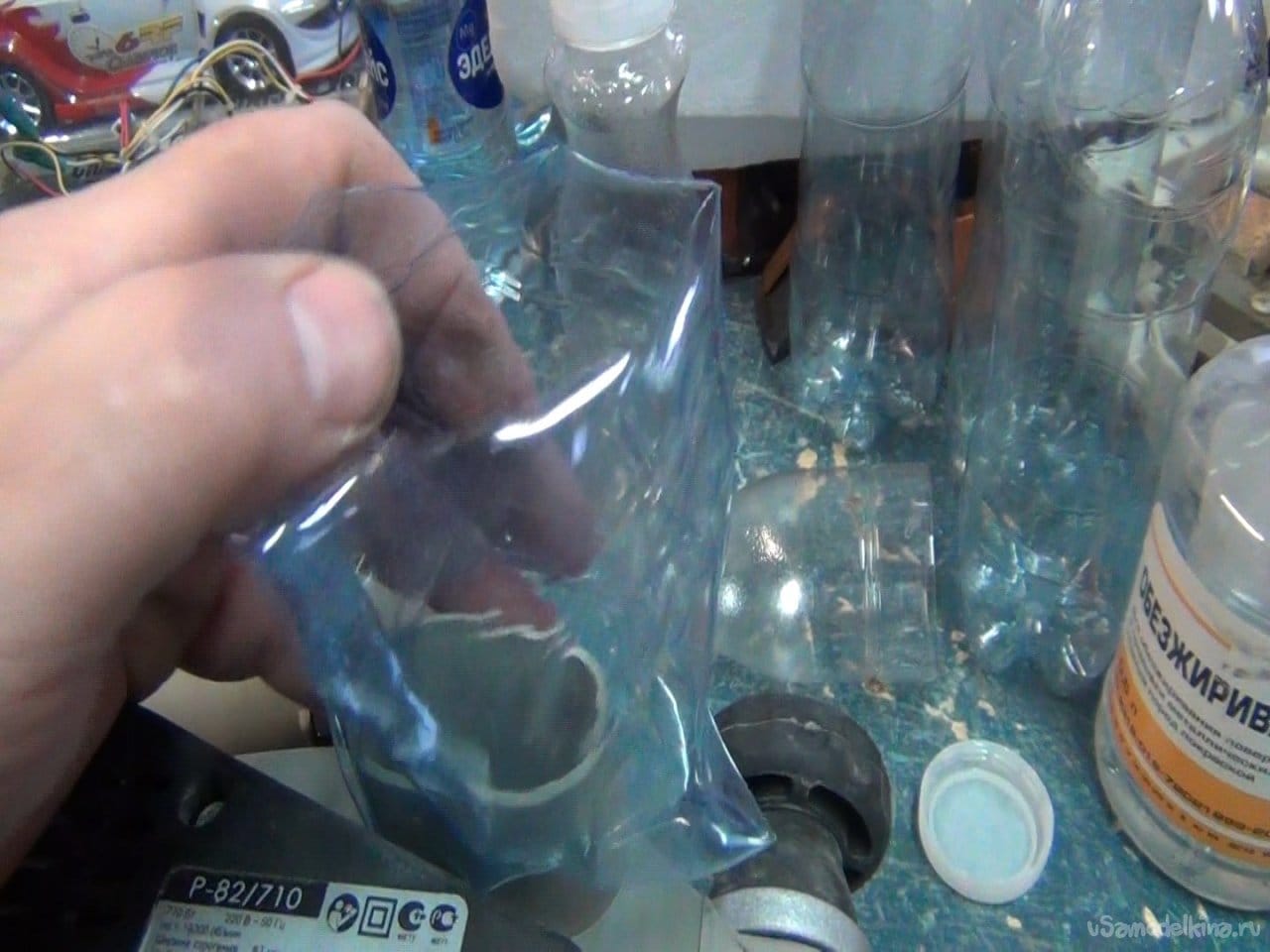 The main thing is not to forget to rinse them from the contents, the first bottles were from the juice, and the subsequent ones from mineral water, I did not rinse them, but what's the point? rinse with water essentially from water?
I cut off the bottle along the extended part near the lid and measured 10 cm from the same place with a clerical knife. 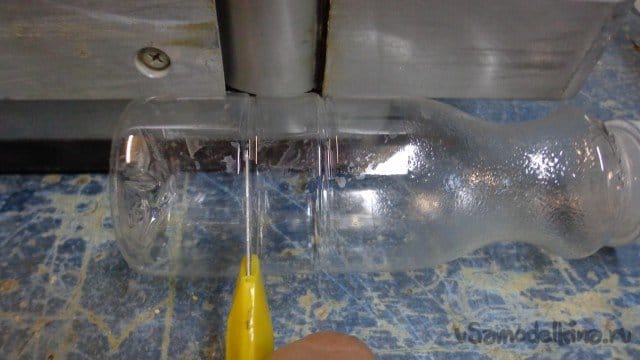 It turned out ” Heat shrink tubing “.
Putting the plane on its side, with the chip removal upwards, put on one tube and inserted the hose inside. 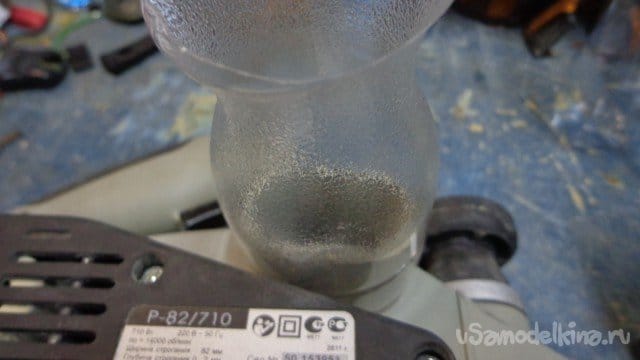 I had to hold my hand. 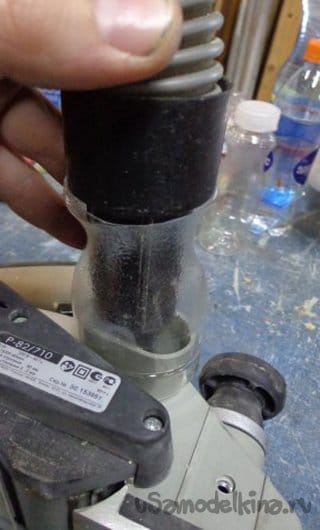 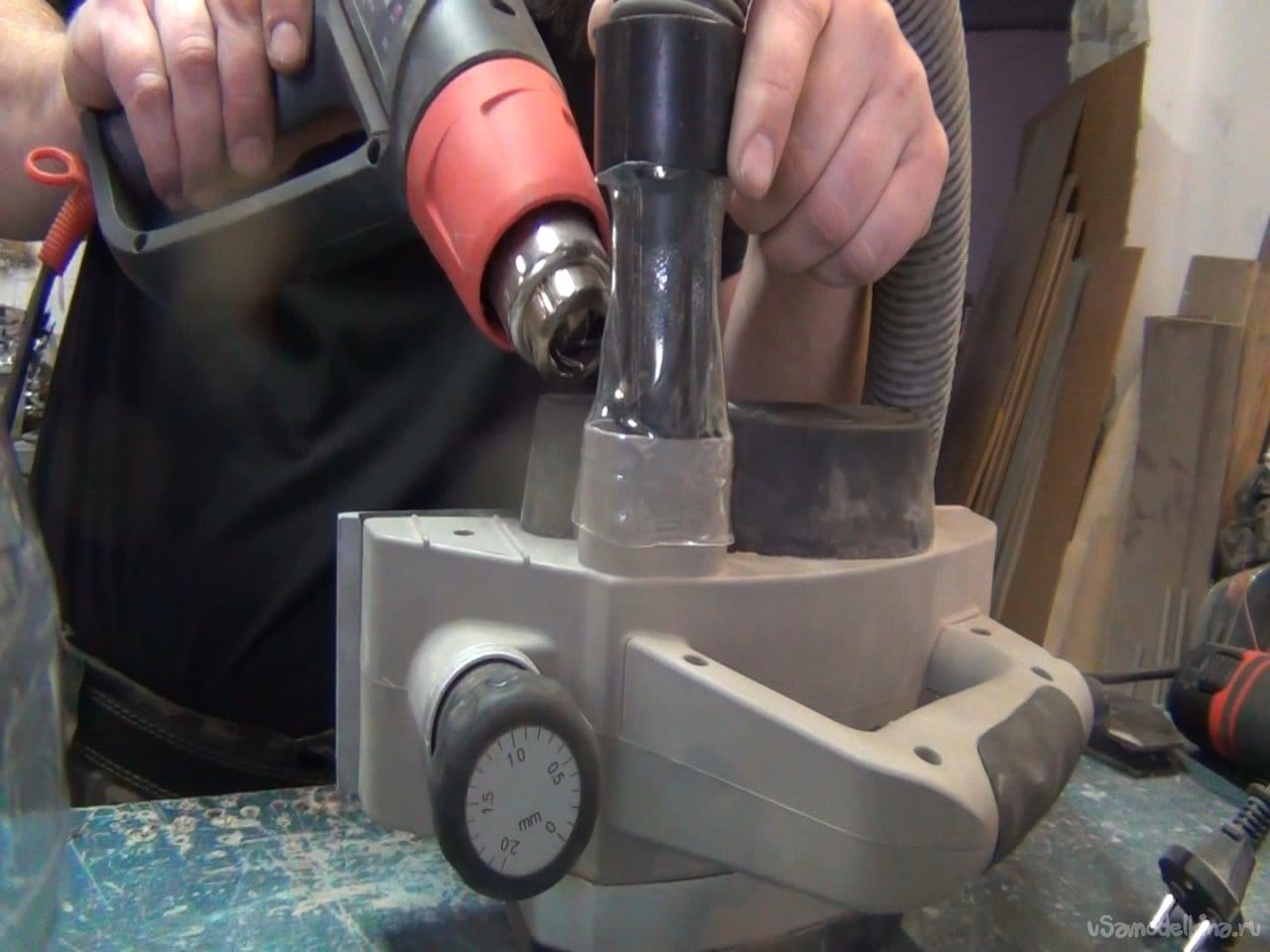 After shrinking the first tube, the hose was fixed securely and there was no need to hold it further, which further simplified work. 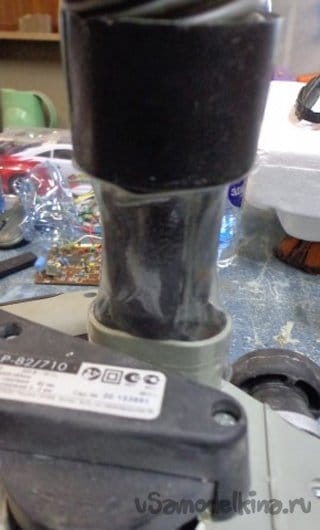 After the plastic stopped settling, I cut off the protruding parts of the plastic at the top and bottom of the first layer.
I wanted to ensure that the next layers sealed the first layer and when removing it did not jump out and did not stay on the chip removal, but as further practice showed, it still popped out, it was not worth cutting it off, but leaving it as it is, and after trying to push it back inside the adapter , found that the first undercut layer was clinging to the planer chip control. You shouldn't have cut it off at the beginning. 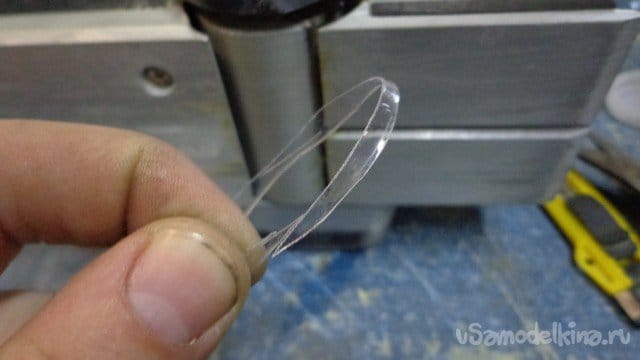 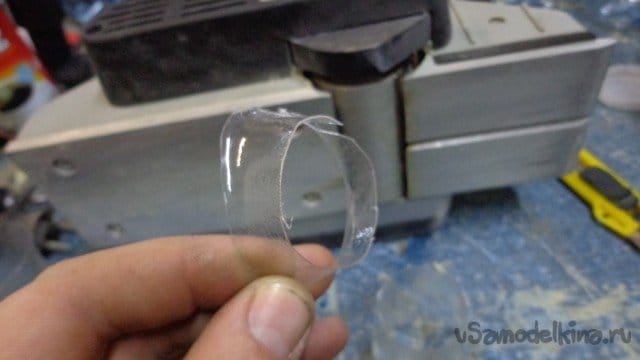 Periodically letting the plastic cool down, pulled out the hose and put on the rest of the tubes and also heat treated with a hairdryer. 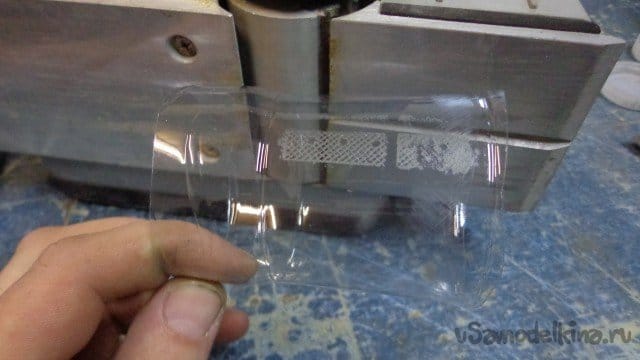 PET bottles volume of 0.5 liters also cut into 10 cm, but they sat down hard, but still achieved his goal …
At the end, after all the work, he cut off the uneven edges.
After shrinking each layer, one piece turned out, an adapter with a chip removal on the hose of the vacuum cleaner.
PET settled and took the shape of both a chip removal and a hose. 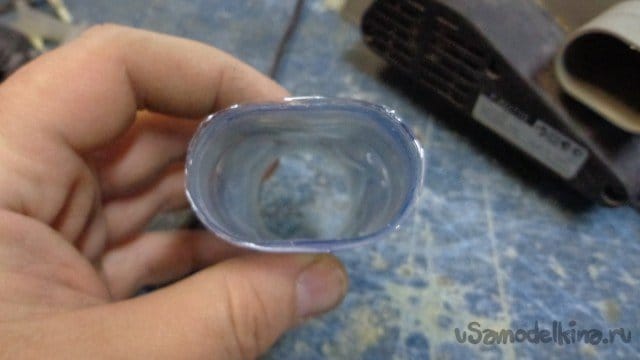 I installed and went to level the boards … 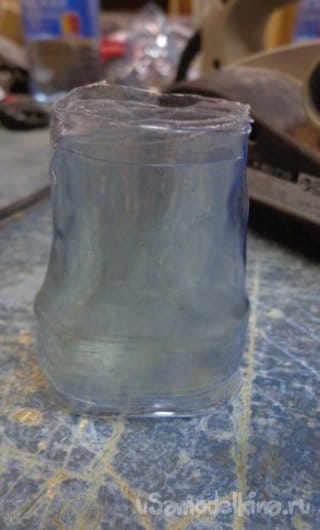 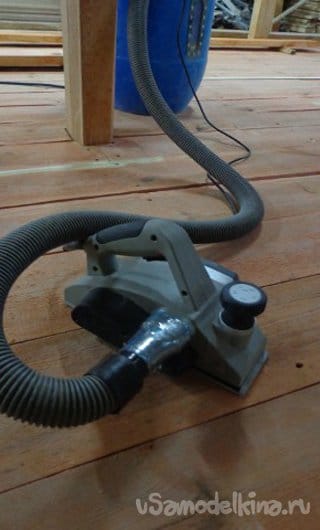 BUT !!! Above I described what mistake I made with cropping the first layer.
If you do the same, I think it's better not to crop.
After this problem I decided to refine this idea.
< b> option 2. (modified)
I bought 5 identical bottles of juice, because they performed better in heat shrinkage. 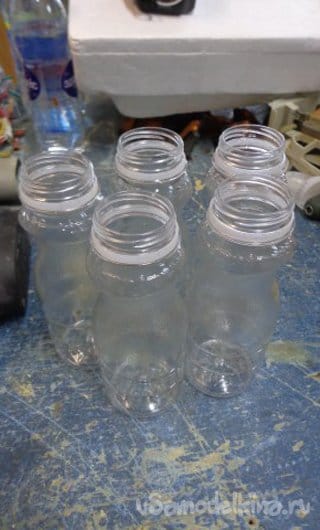 Narrowed part on the neck closer to the hose, and the lower part is better suited to the planer chip removal.
Just as I cut 10 cm before that. 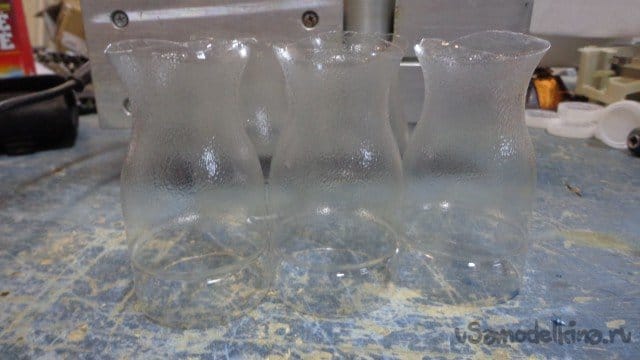 But to not to repeat the mistake, I decided to make a stiffening rib on the final adapter.
But how to make this rib on such a structure?
Everything ingenious is simple !!!
I took a piece of wire left over from the wiring electrical wiring. 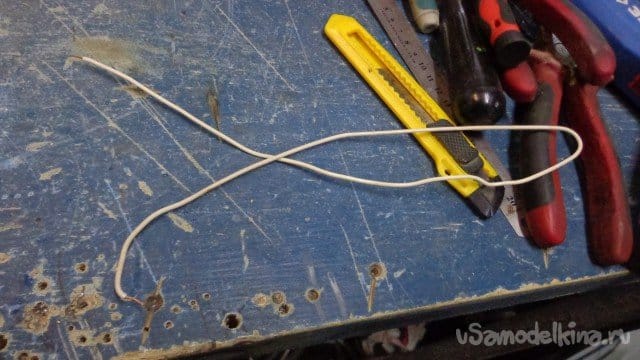 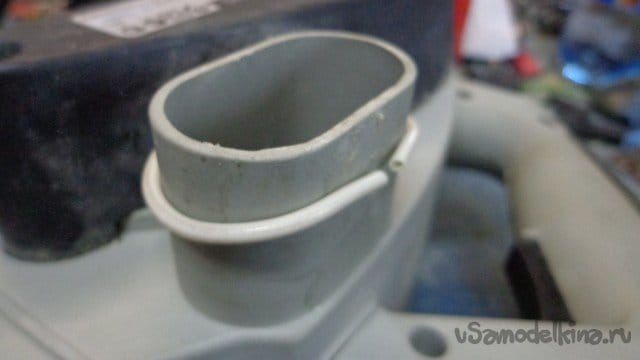 Even after removal it remained in the same form. 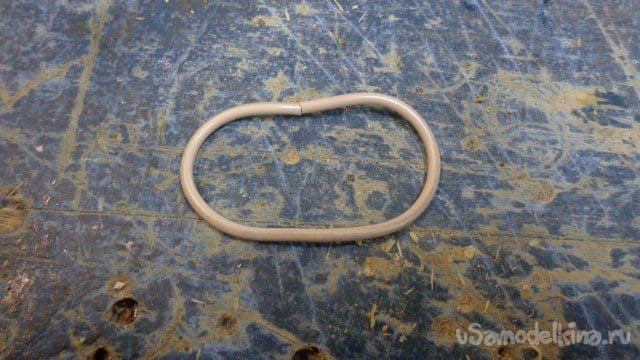 With a hose similar. 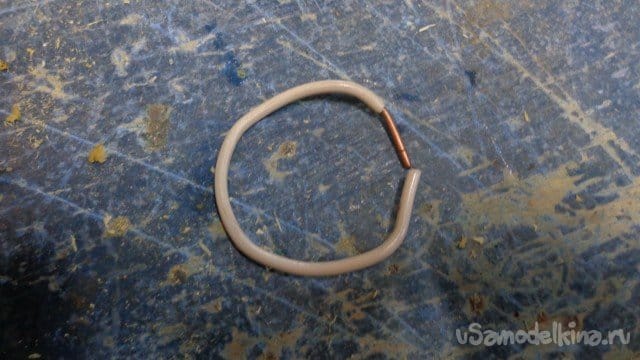 Put on these rings on the tubes by placing them from the middle of the tubes and put on heat shrinkage in the form of a cut bottle.
In the first case, he began to warm up at a temperature of 300 ° C, in order to quickly make the adapter.
After the first shrinkage of the PET, it is better not to remove the wire, it must remain until the last.
Layer by layer received a new part. easy, it was worth prying with an awl. 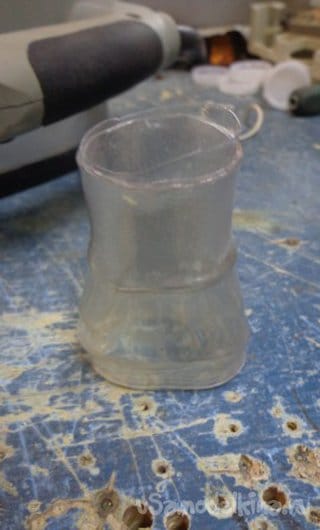 Smoothed uneven edges with metal scissors and a stationery knife. 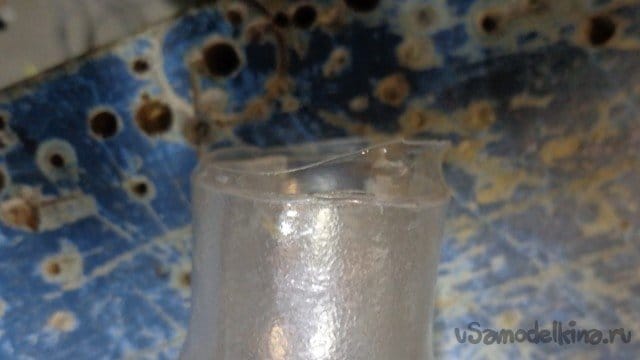 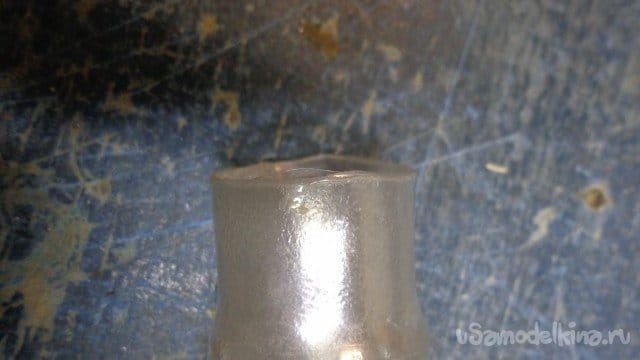 From the side of the planer, the plastic turned out to be smooth after all heat treatments, relatively smooth. 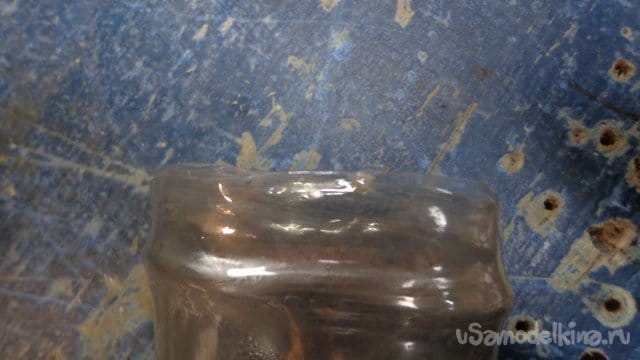 Can be installed and work, tried on the bundles as in the first case and everything is in order. The stiffener prevents the first layer from popping out. 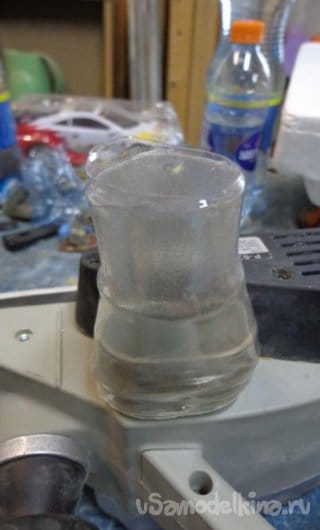 Inserted a hose .
Now all the shavings will be collected with a vacuum cleaner.

Now There will definitely not be a cloud of dust to hang the ax, everything will be sent to the tank.
With a new adapter, I trimmed the threshold at the junction of the boards without a single shavings and dust particles.
Thank you for your attention !!! Now you know how you can make a chip removal for a tool, if one is either missing or broken.

How to make a 3D effect LED chandelier

How to make an infrared proximity sensor