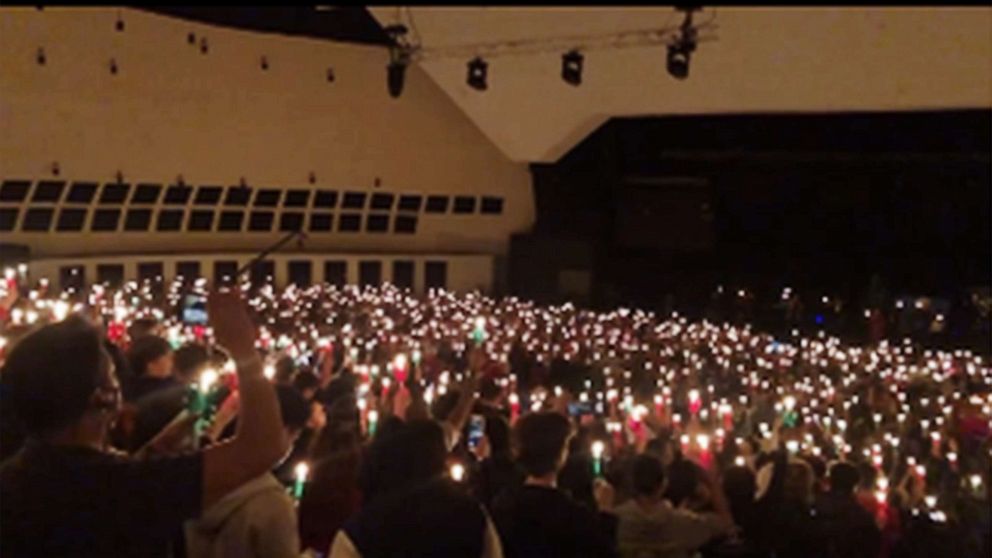 One of the churches responded with a public statement saying, “when governments exceed their constitutional authority and contradict what we are called on by God to do, we answer first to His authority.”

Legacy Church and Calvary Church were both sent notices of “contemplated action” by the state Health Department on Monday. The notices said the churches are each being fined up to $10,000, and officials are mulling “other remedies” to prevent them from holding large gatherings in violation of rules intended to blunt the spread of coronavirus.

State health officials launched investigations after videos and photos of the Christmas Eve services were posted on the churches’ Instagram accounts, prompting widespread condemnation from government leaders and the members of the community at large.

Grisham’s spokesperson, Tripp Stelnicki, blasted the church services as not only illegal but also “selfish gatherings” that defy “common sense.”

“They endangered the lives, livelihoods and health of not only their parishioners but their entire communities — and given how quickly this virus can spread, potentially our state as a whole,” Stelnecki told the Albuquerque Journal newspaper.

The controversy came as New Mexico appeared to be slowing the spread of the contagion that has killed nearly 2,400 people and infected roughly 139,000 in the state, according to the New Mexico Department of Health’s online statistics. The state reported 1,141 new cases on Sunday, down from a peak of 2,672 new daily cases on Nov. 23.

Video of the service at Legacy Church showed what appeared to be a crowd of hundreds holding candles and singing “O Holy Night” inside the cavernous church. The footage, which has since been taken down, showed congregants standing almost shoulder-to-shoulder with few wearing masks.

“We have taken the pandemic seriously from the start and have prudent measures in place. But when governments exceed their constitutional authority and contradict what we are called on by God to do, we answer first to His authority,” Legacy Church officials said in a statement.

A note on the Legacy Church website on Tuesday added, “Due to persecution by the state of New Mexico and the governor’s office, our offices are closed to the public. Entry by appointment only.”

Calvary Church officials released a statement toABC affiliate station KOAT in Albuquerque saying that when confronted with the large Christmas Eve turnout, they “chose not to break fellowship with any worshiper by requiring them to leave the gathering of their church family.”

“Instead, we continued to urge and provide opportunity for our congregants to maintain safe social distance, wear face coverings and properly sanitize,” Calvary’s statement reads.

As Covid surges in Mississippi Delta, food banks and hospitals are stretched thin