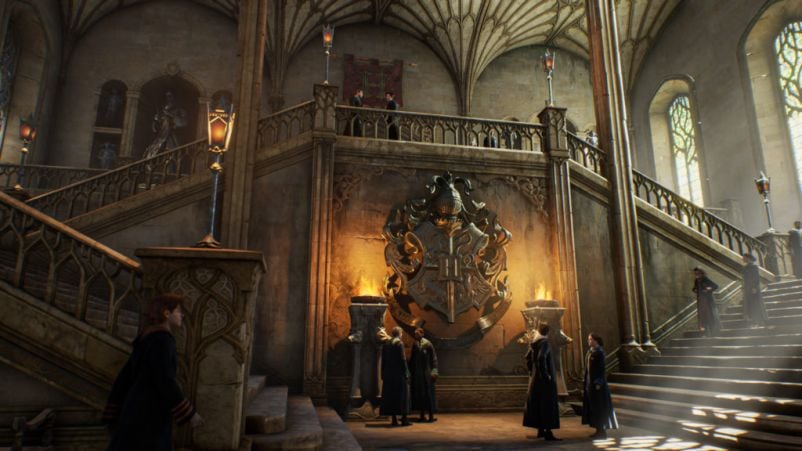 With two brand new consoles on the market, 2021 is set to be filled with new entries from some of the biggest gaming franchises. We look ahead at four of the games to look out for:

The longevity of Harry Potter has proven that there is still so much more to discover about the wider wizarding world. Now fans will have a chance to do just that in Hogwarts Legacy, but do not expect to see Potter and friends – or anyone remotely familiar for that matter – as this adventure is set in the 1800s. Trailers for the game have shown a truly immersive open-world waiting to be explored among the school building, as well as the Forbidden Forest and Hogsmeade Village. Warner Bros’s Portkey Games label is behind the adventure title, though JK Rowling has no direct involvement in it, so we will have to wait and see whether the story itself lives up to high standard we’re used to from anything Harry Potter-related.

An untitled sequel to 2018’s God Of War was announced by Sony in September 2020, which will serve as the ninth instalment in the God Of War series. Not much is currently known about the next stage of this Norse mythology-inspired title, with only a logo revealed during Sony’s PS5 showcase, teasing that, “Ragnarok is coming” – a series of events and a great battle in Norse mythology which leads to the demise of Norse gods. Fans of the franchise are keen to see where it will take protagonists Kratos and his young son Atreus next.

Chris Redfield is a former Raccoon City S.T.A.R.S. member who has survived countless bioterrorist incidents. He currently works as a Specialist within the BSAA, an anti-terrorism organization. #REVillage pic.twitter.com/G43H2RN3LF

A staple in the survival horror genre enters with yet another taste of zombie fun, this time centred in Europe. As a sequel to 2017’s Resident Evil 7: Biohazard, protagonist Ethan remains centre stage but with an appearance from franchise favourite Chris Redfield. According to Capcom’s Kellen Haney, this will set off “a chain of events that sees a distraught Ethan seeking answers to Chris’s shocking actions… and ultimately finding him in a mysterious village”. Spooky. If developers choose to follow the success of Resident Evil 7: Biohazard, we can expect Village to stick to the franchise’s roots once more with greater emphasis on survival and exploration than action.

It is 10 years since we have seen anything from the main story arch of Fable and now it looks like we might actually get something – though details are quite thin on the ground. In fact, we do not even know if it will be released in 2021 at this stage, it could go beyond, and we also do not know if it will be a direct sequel to 2010’s Fable 3, though given we are in next-gen console territory, we expect it to be a branch of the main story series as opposed to a smaller spinoff of sorts. What we did see from a teaser in 2020 are fairies, swords, a skull and a very hungry toad, alongside the usual humour (yes, the toad did gobble up a fairy), so we are excited to see what is in store after such a long hiatus.

Get lost on the South Tyrol’s magical ski slopes