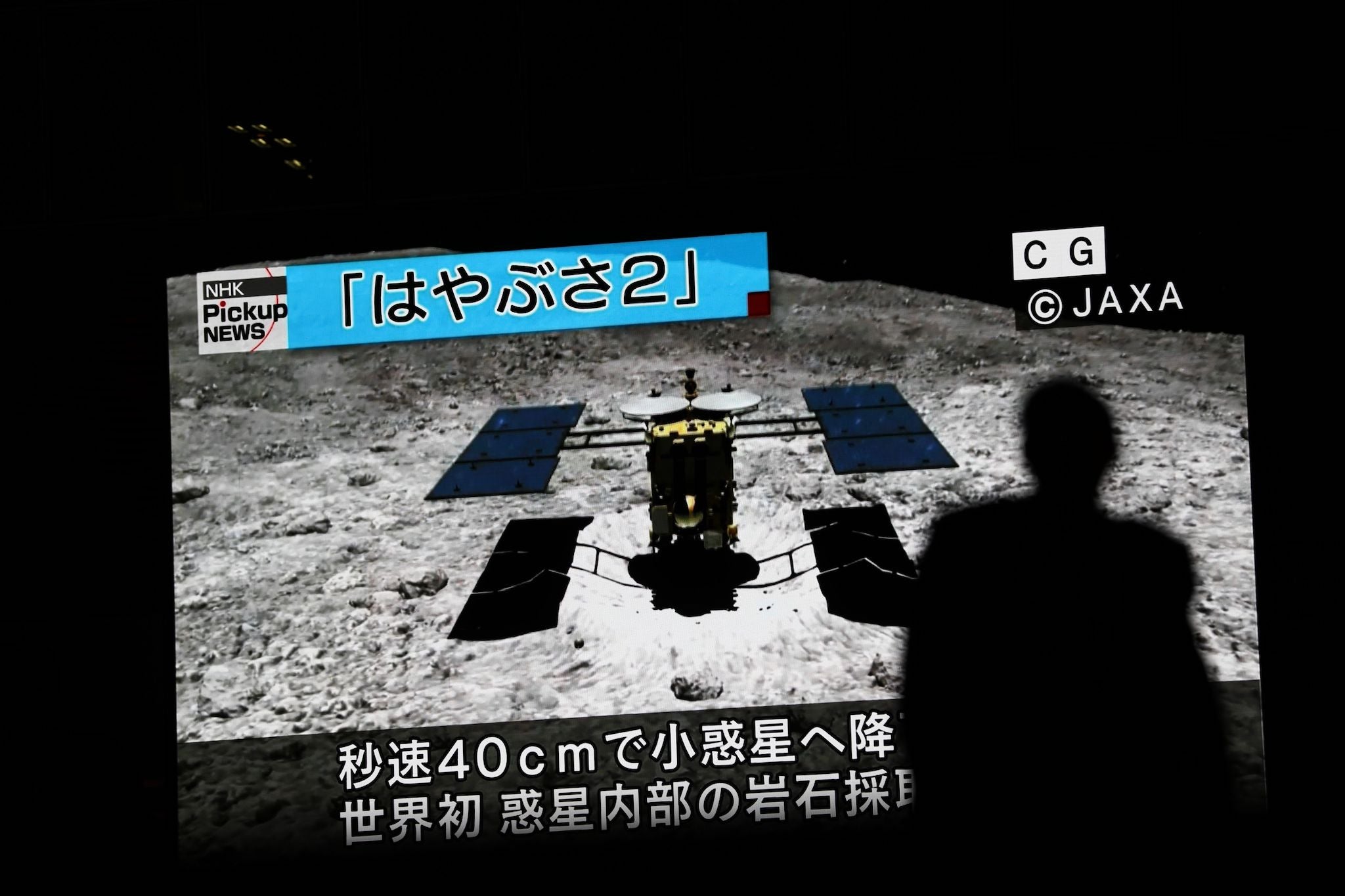 A capsule containing samples from a distant asteroid has finally been opened by scientists.

The samples were dropped by the Hayabusa spacecraft and arrived on Earth earlier this month. The Japan Aerospace Exploration Agency said it has now been able to open and examine the capsule, and report its findings.

The capsule had more than the anticipated amount of soil and gases, officials said, and it marks the first time that any gas at all has been transported by humans back from outer space.

Officials at JAXA praised the mission and said that the latest findings represent another breakthrough in planetary research.

Scientists will now be able to examine the samples in the hope of learning more about our solar system and its history.

A large number of particles are confirmed to be in “sample chamber A” inside the collected capsule (~11:10 JST on 12/15). This is thought to be the sample from the first touchdown on Ryugu. The photo looks brown, but our team says “black”! The sample return is a great success! pic.twitter.com/34vIx17zOX

The Japan Aerospace Exploration Agency said its staff initially spotted some black particles sitting on the bottom of the capsule’s sample catcher when they pulled out the container on Monday. By Tuesday, scientists found more of the soil and gas samples in a compartment that stored those from the first of Hayabusa’s two touchdowns on the asteroid last year.

“We have confirmed a good amount of sand apparently collected from the asteroid Ryugu, along with gases,” JAXA Hayabusa2 project manager Yuichi Tsuda said in a video message during an online news conference. “The samples from outside of our planet, which we have long dreamed of, are now in our hands.”

Tsuda called the successful return of the asteroid soil and gas samples “a major scientific milestone.”

The pan-shaped capsule, 40 centimeters (15 inches) in diameter, was dropped by Hayabusa2 from space to a predetermined spot in a sparsely populated Australian desert on Dec. 6 at the end of its six-year round trip to Ryugu, more than 300 million kilometers (190 million miles) from Earth.

The capsule arrived in Japan last Tuesday for research that scientists hope will provide insight into the origins of the solar system and life on Earth.

Hirotaka Sawada, a JAXA scientist, was the first to look inside the capsule’s sample-catcher. Sawada said he was “almost speechless” with joy when he found that the samples inside included some that were, as expected, dust size, but also some the size of pebbles.

Sawada said the tightly sealed capsule successfully brought back asteroid gases that are clearly different from the air on Earth — a first sample-return of gases from outer space. Kyushu University scientist Ryuji Okazaki said that gases could be related to minerals in asteroid soil and that he hopes to identify the gaseous samples and determine their age.

Scientists are hoping samples from the asteroid’s subsurface can provide information from billions of years ago that are unaffected by space radiation and other environmental factors. JAXA scientists say they are particularly interested in organic materials in the samples to learn about how they were distributed in the solar system and if they are related to life on Earth.

Sei-ichiro Watanabe, a Nagoya University earth and environment scientist working with JAXA, said having more sample material to work with than expected is great news as it will expand the scope of studies.

The samples were gathered from two touchdowns that Hayabusa2 made last year on Ryugu. The landings were more difficult than expected because of the asteroid’s extremely rocky surface.

The first landing collected samples from Ryugu’s surface and the second from underground. Each was stored separately. JAXA said it will look into another compartment, used for a second touchdown, next week, and will continue an initial examination ahead of the later studies of the material.

Following studies in Japan, some of the samples will be shared with NASA and other international space agencies for additional research beginning in 2022.

Hayabusa2, meanwhile, is now on an 11-year expedition to another asteroid to try to study possible defenses against meteorites that could fly toward Earth.

Twitter fined over bug that made private tweets public, in world first