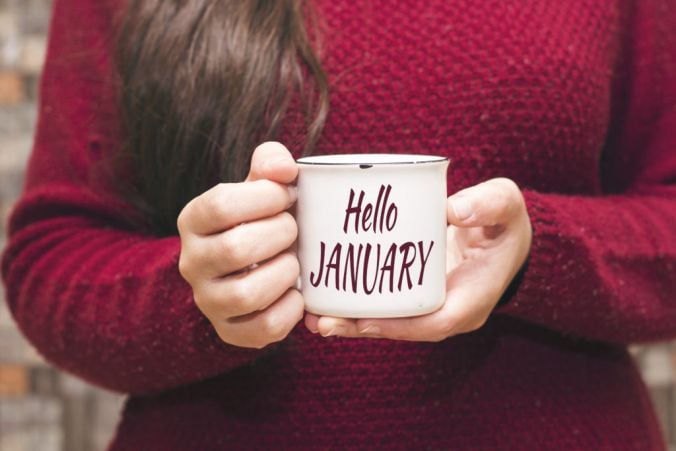 Has there ever been a more hateable January?

As you wake up on January 1 after a muted New Year’s Eve, the absence of a hangover or epic clean-up will probably provide scant comfort as you look towards a particularly rubbish edition of the year’s rubbishest month.

But even in this pandemic-riven winter, there are reasons to be cheerful. Here’s why you shouldn’t really hate January – at least not too much…

1. The days are getting longer

Old Man Winter has barely begun his annual journey – but the darkest days are already behind us. The Winter Solstice on December 21 marks the official start of winter and the shortest day, meaning that every day of January brings roughly two minutes extra light. It doesn’t sound like much, but the month’s final day is a full hour and 12 minutes longer than its first.

2. You’re not missing out on anything

The jury is still out on whether Covid-19 restrictions are worse come rain or shine. The winter gloom can feel particularly pervasive when you’re huddled in your front room day after day, but winter is always a bit gloomy, and when the sun streams through the windows it mocks you with invitations it knows you can’t accept.

Semi-hibernating through January is reasonable in any year, and in this January of all Januaries, you won’t miss a gosh darn thing.

3. Homeworking can come into its own

Remember commuting? That old-timey practice you read about in a book one time, that now sits alongside chimney sweeping and lamp lighting on the list of ‘stuff no one does any more’.

There are many issues with homeworking, but being able to crawl from bed to heated front room on a dismal winter’s morning, without having to brave the January chill, is not one of them. You might even be able to set your alarm late enough that it doesn’t feel like the middle of the night.

4. The January sales are still happening

With retailers stretched across the country and the world, this is no time to cancel the notorious January Sales – you just won’t have to fight through a mob of unruly bargain-hunters to enjoy them.

Low prices, without being poleaxed by a runaway shopping trolley laden with cut-price PS5s. We’re chalking that one up as a win.

5. You can bin off New Year’s resolutions

Quick show of hands: who actually sticks to their New Year’s resolutions? Yeah, we didn’t think so, and binning off this recipe for future regret may be the best thing about having to cancel New Years.

Getting through it all is achievement enough this year, and mercifully there’s no Bank Holiday brunch where Megan from the office reveals her plan to run three billion marathons. Somehow it still made you feel inadequate, even though it was obvious she wouldn’t actually do it.

Putting a timeline on the pandemic has backfired repeatedly in recent months, but the horizon is brightening thanks to one word: vaccine. It won’t be tomorrow, it won’t be next week, it probably won’t be next month – but a pandemic-less world is gradually edging into view.

Ring out those joy bells, summon the choir of angels, and throw on Kool & the Gang – it will officially never be 2020 ever, ever again.