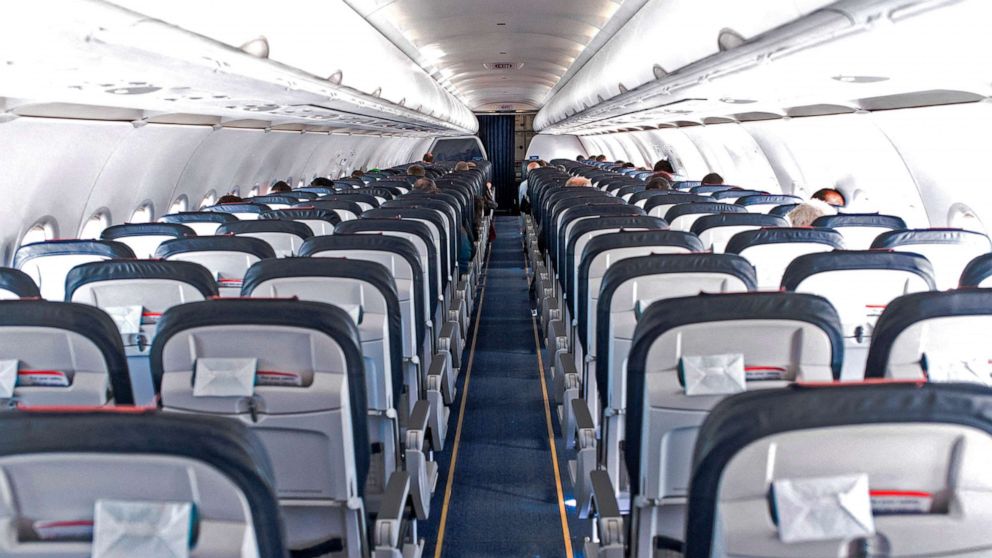 One of the few silver linings from the COVID-19 pandemic has been the significant reductionin greenhouse gas emissions as people stayed home to prevent the spread of the virus.

Global emissions of carbon dioxide dropped 7% in 2020, the biggest drop in history following the Industrial Revolution in the 19th century — down 37 billion tons from 40.1 billion tons after years of increases, the Global Carbon Project announced earlier this month.

However, to meet the climate goals set out in the Paris Agreement, which are to keep global warming below a 2-degree Celsius rise from pre-Industrial Revolution times, the world would need to reduce its emissions the same amount every year for the next decade, climate scientists told ABC News — a feat that would realistically could not be achieved once the world begins to recover from the pandemic.

The unprecedented number of people staying home to work, as well as not traveling for leisure activities, has contributed to a massive reduction in emissions in the transport sector this year, experts told ABC News.

In the U.S., the number of people working from home peaked in May at 35%, but has since plateaued at 25% — still a significant jump from less than 4% before the pandemic began, according to the Bureau of Labor Statistics.

Consequently, ground and aviation transport accounted for about 40% of the reductions in emissions in 2020, Jason Smerdon, a climate scientists for Columbia University’s Lamont Doherty Earth Observatory, told ABC News.

A recent report by freelancing company Upwork found that, as a result of giving up their daily commute, Americans were traveling 890 million fewer miles per day.

As the pandemic first began to spread worldwide earlier in the year, emissions were down about 15% to 20% globally, Smerdon said. But, after infection rates slowed over the summer, the reduction leveled out to about 7%, he added.

“If we look back over the 20th century, that’s probably the largest single reduction that we’ve seen,” even including other economic downturns such as World War II and the 2008 global recession, Smerdon added..

Despite how significant the reduction in emissions was in 2020, the fact that it would have to be repeated “year after year” and the drastic changes made to day-to-day life in order to achieve it makes it unrealistic as a viable and sustainable solution to global warming, Smerdon said.

Over the last decade, the rate of increase in emissions slowed but still continued to grow at about 1.5%, Gregory Nemet, professor of public affairs at the University of Wisconsin’s Energy Institute, told ABC News

The “most promising” effect of the pandemic is that it forced society to adjust quickly, resulting in changes to remote work, transportation plans and education — things that may have been previously labeled as too challenging to implement speedy change, Nemet said.

“I think that it revealed that there’s a lot of flexibility kind of in society that I think a lot of people thought wasn’t really there,” he added.

The fact that transportation accounted for the largest reduction in emissions proves that people being conscious about reducing their own carbon footprint can be a large contribution to curbing climate change, Smerdon said. Simple choices such as buying electric cars, or not owning a car at all and biking to work, as well as taking one less trip a year can have a huge impact, he added.

“What we’re seeing with the pandemic is, in many ways, a realization of those choices,” Smerdon said. “

Many people will “of course” return to the office when it is safe to do so, Julia Pollak, a labor economist for Zip Recruiter, told ABC News. But, economists expect remote work to continue to grow as office space becomes more expensive, Pollak said.

Companies are “embracing this hybrid approach now and shifting to increased remote work,” she added.

The world is not going to get to net-zero emissions by mid-century, an ambitious goal now being pledged by many countries, by relying on people to continue to stay home and by shutting down restaurants and air travel, Nemet said.

“Those individual actions are not enough,” Smerdon said.

The transport sector saw the largest portion of emissions reductions, but it still only accounts for a fifth of global emissions, Smerdon said.

Eventually, infection rates will slow, and people will begin to travel again as the economy rebounds and life steadily gets back to normal.

But, while the pandemic may not be a solution in itself, it presents an opportunity to reenvision a path forward, Smerdon said.

A report by the United Nations released on Dec. 9 found that “green” pandemic recovery policies can cut up to 25% of the estimated emissions for 2030.

“There’s lots of occasion for seeing this as an opportunity for coming out of this dark period and rebuilding in a way that’s more sustainable and more forward thinking that addresses the climate crisis and a lot of other sustainability issues,” Smerdon said. “In a way that’s practicing some foresight, instead of just going back to business as usual.”

The tools to get to net zero already exist

Systemic changes across all industries are what’s necessary to move the needle in decarbonization, such as the way energy is generated to the way goods are distributed as well changes to how land for agriculture are used.

Every industry will need to switch to being powered with low-carbon fuels or electricity, Nemet said.

The technologies already exist to prevent more carbon from being emitted, and we already know how to store carbon and take it out of the atmosphere directly, Smerdon said.

“The boundaries are not technical,” he said. “They’re political.”

Those changes do no come down to individual actions — other than how people choose the candidates they vote for, Smerdon said.

With past environmental issues, such as acid rain or the depleting ozone layer, solutions emerged as countries became competitive and tried to outdo each other, Nemet said.

“People have been waiting for a long time for that to happen on climate, and it’s been elusive,” he said.

But that has changed in 2020. Major commitments to get emissions down to net zero by mid-century or significantly reduce them in the next decade have come out of Japan, Korea, China and the European Union in recent weeks. If you add in the goals set by U.S. President-elect Joe Biden, the countries account for about 48% of the world’s emissions.

The last step to completing those goals will be implementation of near-term targets and turning commitments in action, Nemet said.

A club nobody ‘wanted to join’: How Covid widows are finding support through Facebook

From Kobe to California fires: Some of 2020’s biggest non-Covid, non-election stories