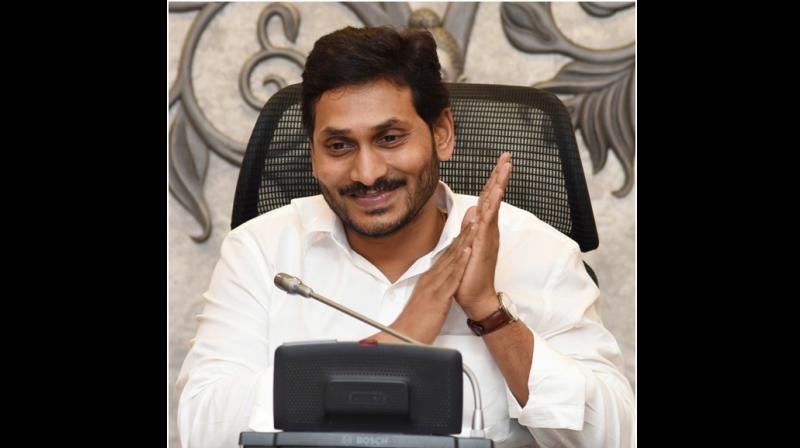 VIJAYAWADA: The year 2020 provided a mixed bag for the YSR Congress as the State Government had several highs and some lows in the year that ends on Thursday.

On the one hand, the government successfully implemented welfare schemes despite Covid-19 and financial crises while, on the other, it faced setbacks to some administrative decisions. The YSRC rejoiced over the successful implementation of welfare schemes, including the flagship 31 lakh house-site distribution programme. The year began with the scope of YSR Aarogyasri being widened to cover other ailments.

Smooth-rolling of welfare activities, combating corona pandemic that redefined people’s lifestyle and altering dynamics of sustainability, calamities, natural and otherwise, that have left a trail of destruction, passing of landmark legislation, legal tangles, gas leak, the outbreak of a mystery ailment, the year 2020 has seen it all and the Jagan Mohan Reddy government has dealt with each issue effectively.

About one-tenth of eligible beneficiaries could not get the benefit due to legal issues and the capital hurdle being stalling the programme at Amaravati depriving 54,000 poor of their rightful share as vested interests moved the courts on the grounds of demographic imbalance, which is a jolt to the government.

The year has also seen the decision to install a 125-feet statue of Dr BR Ambedkar in the heart of Vijayawada and develop it as a memorial park.

Another high was Polavarm, which is to be ready within the deadline and the Chief Minister time and again pressurizing the Centre for funds and working on the R & R package, which was totally ignored by the previous regimes.

Legislations were passed and in some instances the Legislative was asked to pursue issues like decentralization of administration making Visakhapatnam as executive capital, Amaravati, the legislative capital and Kurnool, the judicial capital. The three capitals issue turned into a bitter war but YSRC hopes of seeing it through in 2021 got a shot in the arm with support coming in from the BJP-led Union Government.

Clash of institutions sparked on certain occasions was at the behest of paper tigers, who could not make it big in the parliamentary system. Remarks made it to the headlines, proceedings taking precedence over rulings and the Chief Minister had to write to the Chief Justice of India (CJI) on the happenings in the State.

The gag-order on FIR on the irregularities and insider-trading in Amaravati land scam hit the national headlines and the year had seen legislature, executive and judiciary in news for reasons which need not be discussed in detail, giving due respect to all the institutions.

Another dampener was that although elections to local bodies took-off with the issue of notification, and when the ruling party was winning seats and when corona was not yet a pandemic, elections were postponed unilaterally, and the issue went into a legal dispute.

The pandemic had its impact on the economy, lifestyle, human relations, and medicare. The state government tackled the issue well and in a video conference with Chief Ministers, Prime Minister Narendra Modi praised Andhra Pradesh as being far ahead of other states in logistics, recovery rate, and the highest number of tests.

To mark the year-end finale is that Andhra Pradesh has been chosen as one of the four states for a dry-run of the storage and distribution of Covid vaccine, which is an indication that the steps taken by the State to contain Covid were effective.

Many more come in support of protesting farmers in Telangana