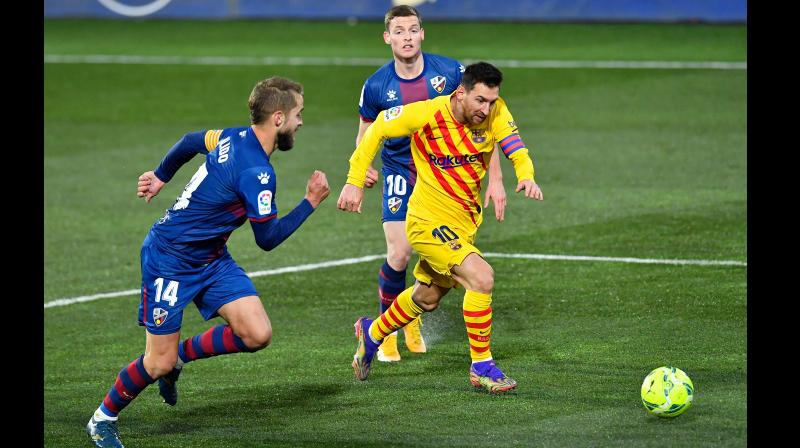 Messi returned for Barca after missing the final game of 2020 with an ankle knock and swung in a cross for Frenkie de Jong to divert home for the only goal on 27 minutes.

Although Ronald Koeman’s side began a potentially season-defining run of four consecutive away matches with a comfortable win, they remain a distant 10 points behind Atletico in fifth having played a game more.

“In general, aside from the last 20 minutes we played well,” said Koeman.

“We created a lot of danger, which isn’t easy against a team that shuts up at the back. We got a great goal and we had two or three more chances to pull away.”

After De Jong’s opener Messi was denied a second just before half-time when Fernandez superbly clawed away his free-kick heading towards the top corner.

The Argentine was again thwarted by the legs of Fernandez in the second half after combining well with Pedri, moments after Marc-Andre ter Stegen reacted sharply to keep out Rafa Mir’s inventive back-heel.

That was a rare threat from Huesca who have now won just once in 17 tries this season but had taken points off most visitors to their Estadio El Alcoraz so far, including Atletico in September.

“We came out strong and very concentrated. It’s the main base we need. If we have that, we improve a lot with the ball and if we get better in front of goal then we can have a very good start to the year,” added Koeman.

Oscar De La Hoya: ‘Fighting again is a serious proposition. I love and miss it’