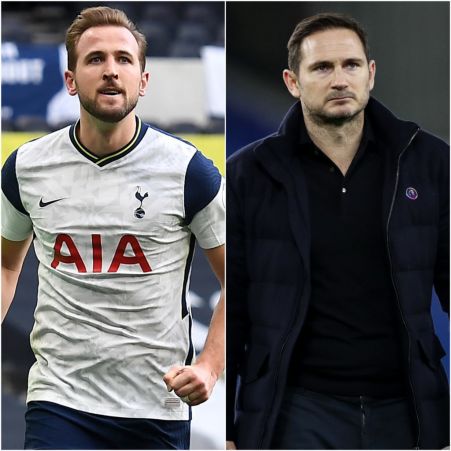 Tottenham have reportedly begun initial talks with striker Harry Kane over a contract extension. The Independent says chairman Daniel Levy is desperate to keep the 27-year-old at Spurs for the prime years of his career, especially amid substantial interest from a host of clubs, including Manchester City and Paris St Germain.

Frank Lampard‘s role as Chelsea manager is under significant threat following a string of lacklustre performances, according to The Athletic. The Blues suffered their fourth loss in six matches in a 3-1 defeat to Manchester City on Sunday. The Athletic says club bosses have already begun to explore alternatives if Lampard is unable to quickly steady the ship.

The Daily Express reports Arsenal are preparing to recall 24-year-old midfielder Lucas Torreira from his loan stint with Atletico Madrid. Torreira has started just two matches in LaLiga since arriving in Spain, with doubts over whether he will play any part in the second half of the season.

Everton are believed to be closing in on a new deal for defender Lucas Digne. The Liverpool Echo reports that, although the 27-year-old is just halfway through a five-year contract, the club are keen to lock him down for an even longer period.

Southampton have expressed an interest in signing Leicester winger Demarai Gray, according to The Sun. The 24-year-old is out of contract at Leicester in June, with Saints reportedly keen on nabbing Gray on a free transfer in the summer.

Moise Kean: Paris St Germain are looking to turn the 20-year-old’s loan spell into a permanent deal, according to Sky Sports.

Seny Dieng: The QPR goalkeeper is being monitored by Arsenal, Leeds and Crystal Palace, The Sun reports.

Oscar De La Hoya: ‘Fighting again is a serious proposition. I love and miss it’