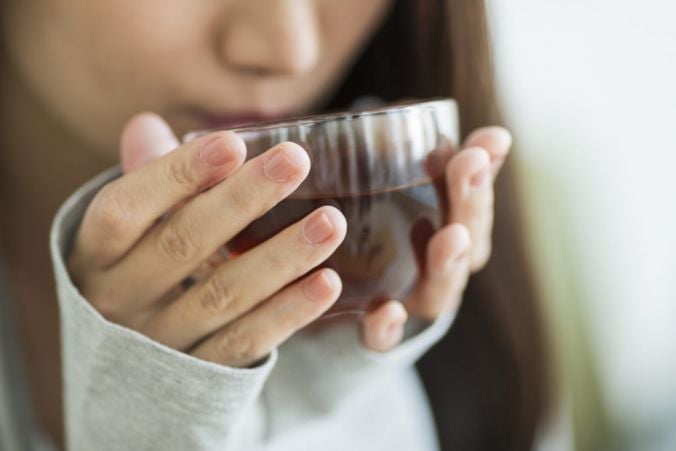 Most people enjoy at least one cup of tea a day, and the pandemic restrictions have driven us to drink much more – after all, a steaming hot cuppa can be almost as comforting as warm hugs, which are in short supply at the moment.

Millions of people have been drinking an extra two cups of tea a day on average while stuck at home because of the pandemic, a study has found.

And that may be no bad thing, for new research by Newcastle University has found better brain function in older people can be added to the list of health benefits associated with drinking tea.

The study of people aged over 85 found tea drinkers who enjoyed more than five cups a day had more focus, a sustained attention span and better psychomotor skills, which link brain and movement.

It’s all great news for those of us who are obsessed with tea. If you count the minutes between one brew and the next, there are some things only you and other tea addicts will know…

1. When you’re thirsty, what you really crave is a nice cup of tea

It reaches just the right spot when you’re parched. And works the same magic when you’re feeling tired, a bit down, slightly bored – or in fact just need another tea break.

As you take those first few sips, you can feel the stress drain away as it’s replaced by tea. And it’s not just psychological – a 2007 study found drinking tea really does lower levels of the stress hormone cortisol.

3. Tea gets you talking

There’s nothing quite as good as a natterwith a brew – and that’s not just on the phone. The Tea Advisory Panel points out 80 per cent of office workers say they find out more about what’s going on at work over a cup of tea than any other way.

4. It can help stop you over-eating

Supping a brew can give you something to do, if you are tempted to snack for no good reason except the fridge is right there. There are virtually no calories in plain tea, although milk and sugar will add a few. The Tea Advisory Panel says 98 per cent of people drink tea with milk, although only 30 per cent take sugar with it. There are around 16 calories in a teaspoon of sugar, and adding whole milk to your tea can pack in about 75 extra calories. Using skimmed milk will roughly halve that.

5. But then there’s the biscuit problem…

Although tea can take your mind off food, it can be hard not to reach for the biscuit tin when you’ve got a brew – especially if you need a bit of comfort. Can there be anything nicer than dunking your biccie in your tea? We don’t think so.

There are plenty of varieties of tea, from Earl Grey to the fruity and herbal infusions. But for many of us, you just can’t beat a simple cup of plain ol’ black ‘builder’s’ tea. It’s not posh, but it hits the spot all the same…

There’s nothing quite so warming as wrapping your cold hands round a steaming mug of tea, and then feeling the lovely warmth trickle down your throat and into your tummy. And you’ve probably heard – but don’t necessarily believe – that drinking tea, or any other hot drink, can actually do the opposite and cool you down when it’s hot.

It’s seemingly true – a 2012 University of Ottowa study found that when you have a hot drink you start sweating more, and if the sweat evaporates it actually cools you down, more than compensating for the added heat to the body from the hot drink.

Sales of contraceptive tablets and condoms go up sharply amid lockdown

Seven ways to regain control of your money in 2021

For the movie industry, every month is January now

10 of the world’s most remarkable roads