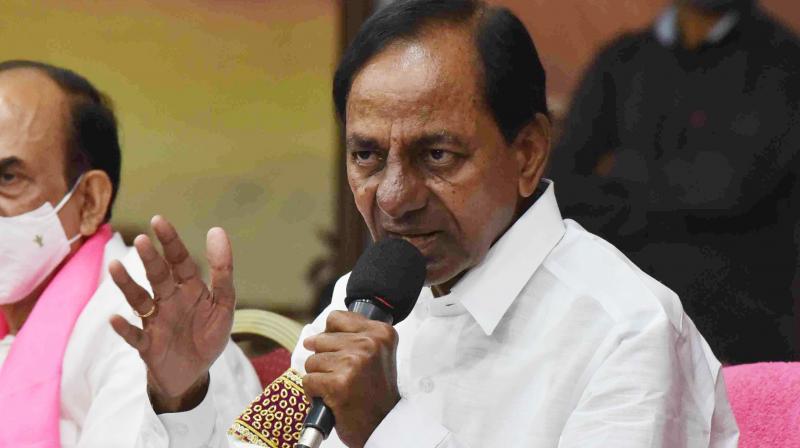 Hyderabad: The Telangana State government on Wednesday said it is ready to implement the central government’s Ayushman Bharat health insurance scheme by dovetailing it with its own Aarogyasri health scheme.

Modi was chairing the meet with chief secretaries of all states. He reviewed the progress of various infrastructure projects, the Ayushman Bharat (the Pradhan Manthri Jan Aarogya Yojana -PMJAY) and the Jal Jeevan Mission, among other topics.

The Telangana Government had in the past refused to implement the central scheme for the poor by saying its own Aarogyasri was a much better scheme and provided more coverage for the beneficiaries.

During the discussions on the 2019-20 state Budget in the Legislative Assembly, the government had said over 85 lakh families were being served by Aarogyasri, on which the state was spending around Rs1,330 crore a year. In comparison, the central health scheme would provide benefits to the extent of about Rs250 crore a year for 26 lakh families.

With Wednesday’s announcement that the Telangana state government, through Ayushman Bharat ‘dovetailed’ with Arogyasri, will be able to extend affordable and much-needed healthcare to a larger number of the poor.

Andhra Pradesh, which too implements Aarogyasri, is already a part of the Ayushman Bharat scheme. The central scheme also covers treatment costs for Covid-19, a decision that the Centre took early on in the wake of the disease spreading in the country.

The Prime Minister, speaking at the meeting, said all states should strive for 100 per cent enrolment in Ayushman Bharat at the earliest.

He also encouraged states and Union Territories to draw a roadmap for achieving the targets in Mission Mode under the Jal Jeevan Mission — the programme that provides safe and adequate drinking water through tap connections to all households by 2024.

The Prime Minister, during what was styled as the Pragati Meeting, reviewed several projects with a total cost of nearly Rs1 lakh crore in 10 states and Union Territories. Many programmes and grievances thereof were reviewed, an official statement said, adding that the projects of the ministries of railways, road transport and highways as also housing and urban affairs were discussed.

Grievances related to the consumer affairs ministry too came up for discussion. The prime minister directed officials to expedite comprehensive resolution of the grievances.

Hawley and Cruz: How to lie without quite lying

Roger Stone thanks President Trump for pardon in person