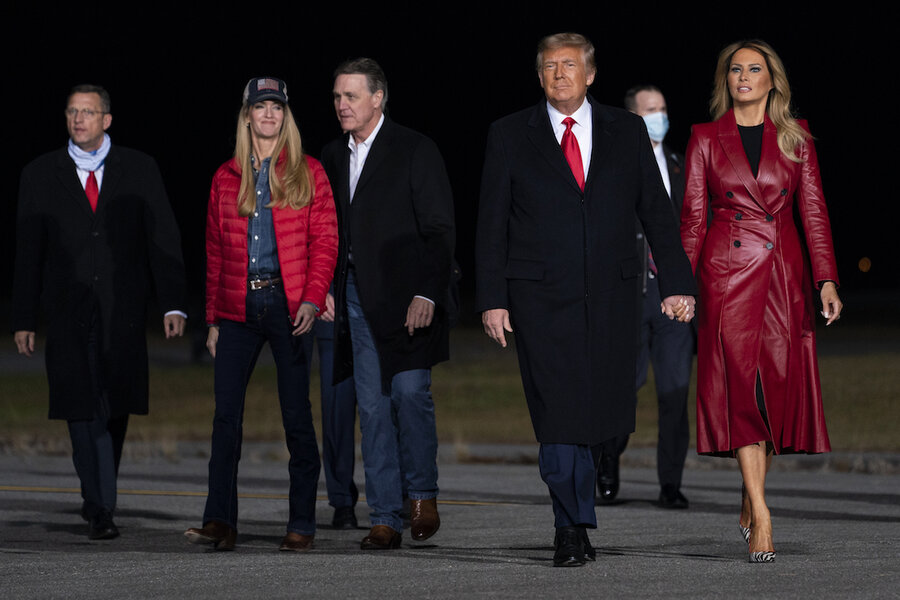 This week will find us back in a familiar place – waiting for Georgia to count votes.

With control of the United States Senate at stake, all eyes are on a runoff election that has Republicans David Perdue and Kelly Loeffler facing Democrats Jon Ossoff and Raphael Warnock. Millions of dollars have poured in, Georgians have been bombarded by advertisements and messages urging them to vote, and both sides have sent their heavy hitters to help turn out voters.

Some things to keep in mind as the polls close Tuesday night:

How did we get here?

Mr. Perdue got about 88,000 more votes than Mr. Ossoff in the general election, but a Libertarian candidate’s 115,000 votes kept him from topping 50%, which is required to win. Gov. Brian Kemp appointed Ms. Loeffler to the Senate in December 2019 after Sen. Johnny Isakson stepped down. She and Mr. Warnock were competing in a 20-candidate special election to serve the two years remaining in Mr. Isakson’s term. Mr. Warnock got 1.6 million votes, while Ms. Loeffler got nearly 1.3 million and Republican U.S. Rep. Doug Collins placed third with nearly a million votes.

When does the ballot counting start?

The polls are set to close at 7 p.m. EST on Election Day, and that’s when ballot counting can begin. Absentee ballots must be received by the close of polls to be counted. Military and overseas ballots postmarked by Tuesday and received by Friday will be counted, and absentee voters also have until Friday to fix any problems so their votes can be counted.

Will we know the winner on election night?

Just like in November, it’s very possible Americans will go to bed without knowing who won. All indicators point to the likelihood of very tight margins in both races.

Media organizations, including The Associated Press, often declare winners on election night based on the results that are in, voter surveys and other political data.

But in a close race, more of the vote may need to be counted before the AP can call a winner.

The lead may very well shift as votes are counted

In a close contest, look for the Republican candidate to jump out to an early lead. That is due to two factors: First, Republican areas of the state usually report their results first. Second, Republican voters have been more likely to vote in person, either on Election Day or during the early voting period.

In a very tight race, it could take several days to determine a winner. In November, more than 5% of Georgia’s votes were counted after noon on the day after Election Day. At that time, Donald Trump led Biden by 100,000 votes in a race that Mr. Biden eventually won after all the mail ballots were counted.

That is true and the trend could continue with the runoff. Under Georgia law, if the margin separating the candidates is within 0.5%, the losing candidate has the right to ask for a recount. That would be done by running the ballots through the scanners again, as happened when Mr. Trump requested a recount after the results showed him losing to Mr. Biden by about 12,000 votes.

But we’re not likely to see a full hand recount like the one done for the presidential race during the general election. That was triggered by a requirement that one race be audited by hand. Secretary of State Brad Raffensperger chose to audit the presidential race and said the close margin in that contest required a full recount. Deputy Secretary of State Jordan Fuchs said the audit requirement doesn’t apply to runoff elections.