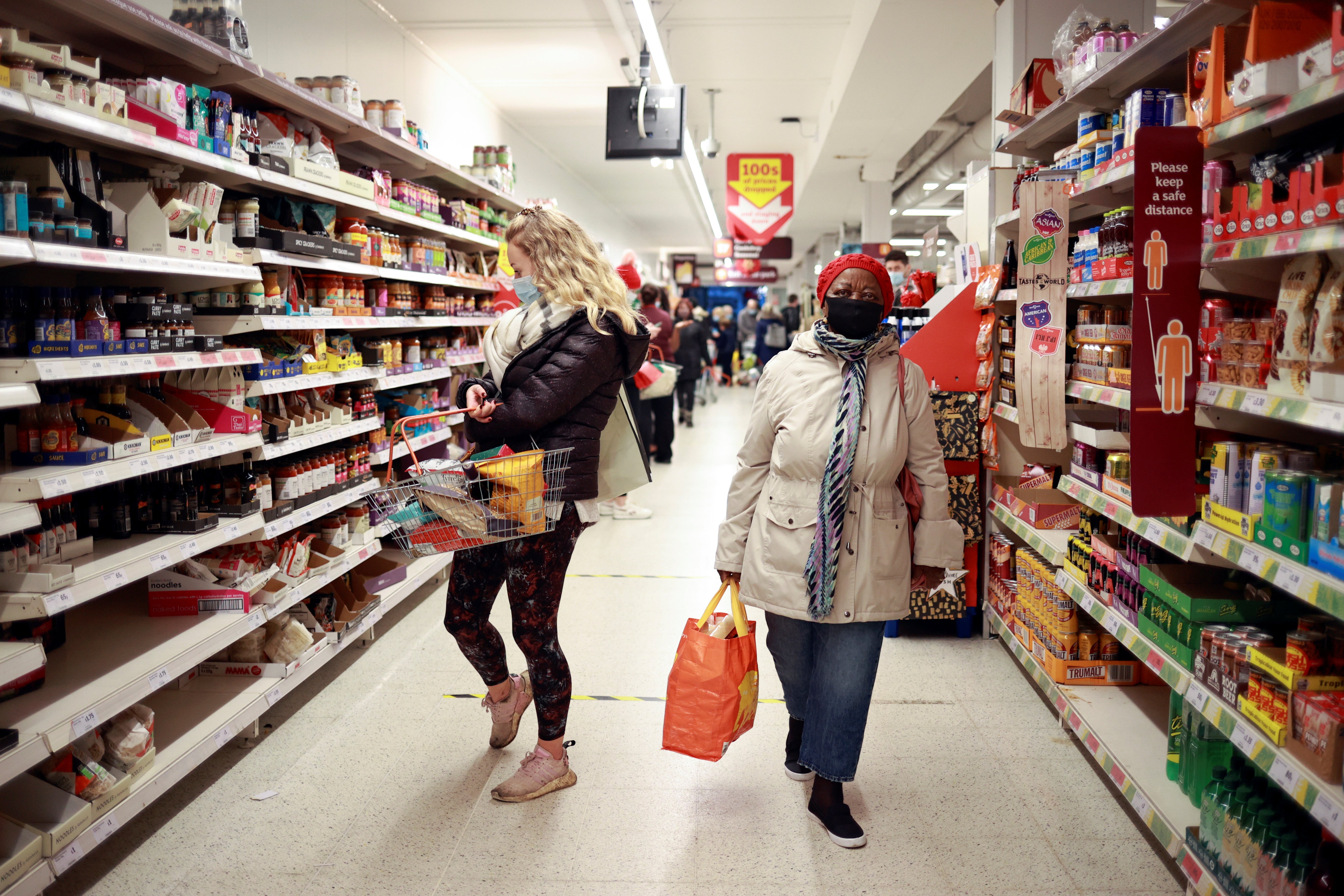 Brexit disruption has forced one of the UK’s largest supermarkets to stock a rival grocer’s products in their Northern Ireland shops.

Several Spar-branded products lines are on sale in Sainsbury’s shops under a “temporary” agreement to avoid empty shelves from 1 January.

A member of staff told the Belfast News Letter that about 700 product lines had been lost due to Brexit.

The changes are a consequence of the new customs declarations and additional regulatory checks required on goods moving from Great Britain to Northern Ireland after the UK left the single market and customs union at 11pm on New Year’s Eve.

Despite Boris Johnson’s insistence that there would be no border down the Irish Sea, firms have been left scrambling to ensure they can navigate the red tape imposed on shipments.

Sainsbury’s said a “small number” of products were “temporarily unavailable for our customers in Northern Ireland while border arrangements are confirmed”.

A spokesperson said: “We were prepared for this and so our customers will find a wide range of alternative products in our stores in the meantime and we are working hard to get back to our full, usual range soon.”

The supermarket giant has signed a contract with local supplier Hendersons, which produces Spar-branded lines.

The Northern Ireland-based wholesaler said: “Over the last several months we have been contingency planning for Brexit to minimise any disruption to the food supply chain for our 470 stores across NI after 31st December 2020.

“We can confirm that we have entered into a temporary supply agreement with J. Sainsbury supermarkets that will see both parties working together to ensure availability for our customers.”

Retailers including John Lewis and Dunelm suspended deliveries to Northern Ireland over the weekend due to uncertainty about red tape to be imposed because of Brexit.

Yodel, one of the UK’s largest delivery firms has, told customers they would have to pay additional charges for shipments to Northern Ireland because of the extra bureaucracy. Another delivery company, DPD, announced before Christmas it would suspend deliveries in the country.

Northern Irish economy minister Dianne Dodds has called for urgent action to be taken over the disruption of delivery of goods.

She has written to Michael Gove, the Cabinet Office secretary, over concerns that retailers based in Great Britain are cutting their services to Northern Ireland because of a lack of clear guidance.

The letter from Ms Dodds said: “Over the last number of weeks we have seen numerous GB-based retailers withdraw from offering deliveries to Northern Ireland due to the lack of guidance.

”On regulatory issues we have seen retailers of plants, food and drink ceasing to offer products for delivery in Northern Ireland due to increased costs.“

The UK government has announced three-month grace period during which online retailers in Britain will not have to make customs declarations when sending parcels valued below £135 to Northern Ireland customers.

However, Ms Dodds noted is unclear what will happen when that period ends on 1 April.