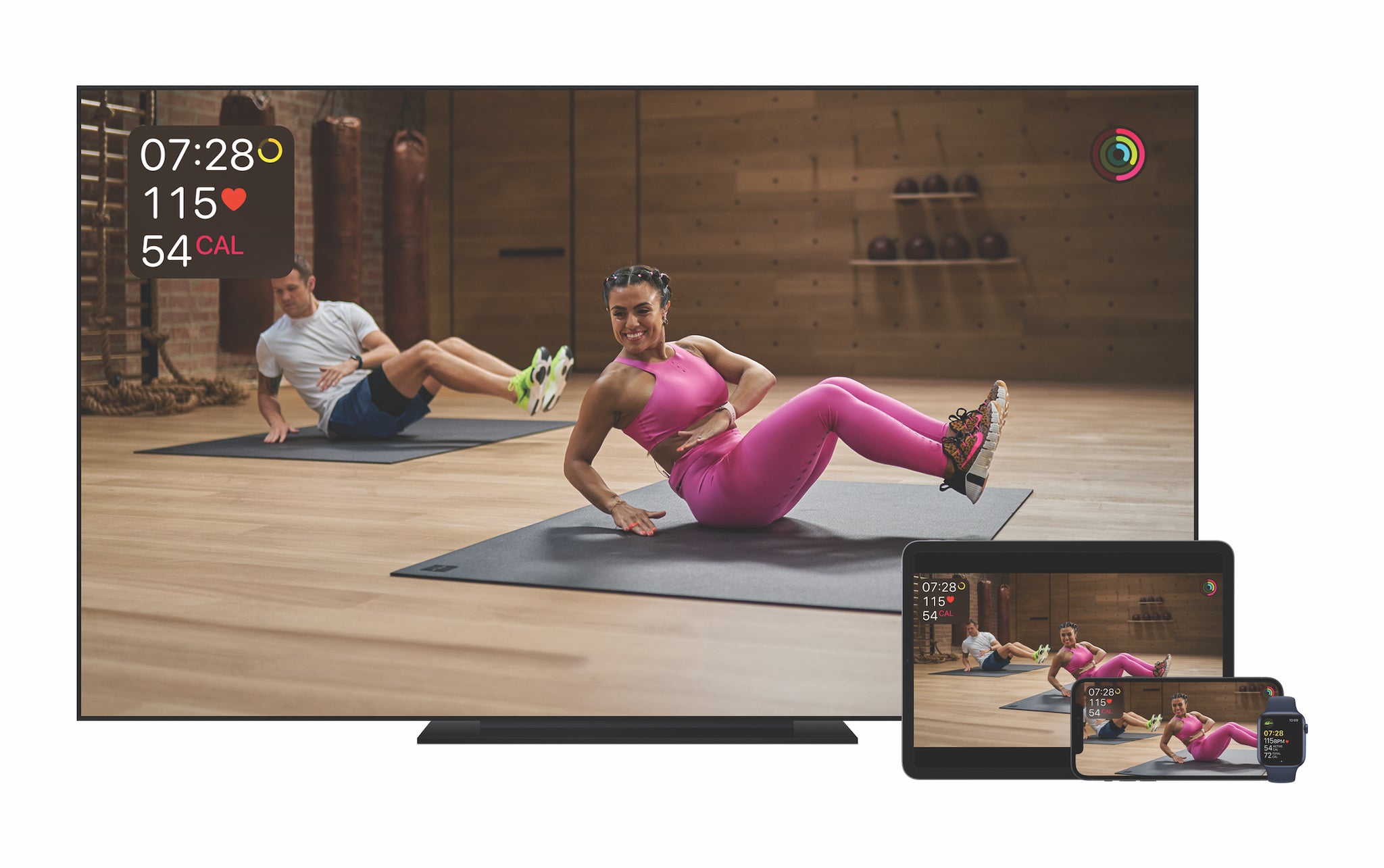 But that nagging voice has never had anything to point you to: the Apple Watch is brilliant at asking you to move around, but has had no way of actually telling you what you should be doing. That’s what Fitness+ fixes.

As such, it fills in a gap that has been there ever since the Watch launched five years ago, even if it was not necessarily an obvious one. It’s the kind of service that you might never have known you needed, until it arrives, at which point it could be everything you wanted.

The classes are, above all, fun. They’re fun in the obvious ways: the trainers keep everything suitably varied and are fantastically engaging. They’re also fun in the less obvious ones, including the colourful and airy studio they work out in and the playlists, which are powered by and integrated with Apple Music.

But perhaps the most important way that they’re fun is just how accessible they are. You never have to worry about the level a class will be pitched at, because each class has a variety of different ways to complete it, which are demonstrated by various instructors. The instructors themselves are gloriously diverse and focus on accessibility through little touches like the use of sign language, which do away with any sense that fitness needs to be exclusive or elite to make you feel like an athlete.

It all adds up to a service that delivers on Apple’s explicit mission to make fitness available for everyone. At times, that does mean it favours the specific in favour of the general – there are no harder or easier classes, no workouts aimed at specific people like cyclists or runners, and each of the classes are one-offs rather than programmes – but it is in keeping with a service that clearly wants to be an introduction as much as anything else.

As such, even if you do consider yourself anything approaching an expert in certain fields, you’re likely to find something. The cycling workouts are fairly all-encompassing, for instance – there’s no power meters or functional threshold powers, here, and if you know what those phrases mean then you’re not likely to use them – but if you want to add some yoga or core strength into your usual exercise regime, then it has plenty to offer.

But it is definitely of most use for people to whom that entire paragraph was alienating or unknown, who want to exercise in some way, but aren’t sure how to start. Really what Apple Fitness+ does is acts like the friendliest and most accessible personal trainer you’ve ever met, ready to guide you into new ways of getting moving without judgement and with plenty of help.

That explains the slightly strange choice – at least in this moment – to lean so heavily on the gym. In Apple’s introductory video, people were seen working out on treadmills and spin bikes that most people won’t have in their house, despite the fact the pandemic meant that the biggest call for digital fitness services was likely for use at-home. But viewed as something like an extension of the Apple Watch that turns the wearable into a full-blown personal trainer, it makes sense: the Watch wants you to go to the gym, but its Fitness+ that will help you out when you get there.

There are still some limitations and restrictions. You need an Apple Watch to use it at all – it’s a requirement that seems arbitrary at first, but when you actually use the service it’s clear that Apple is right that the Watch’s metrics are inseparable from the Fitness+ service –and you are not able to watch the videos on any non-Apple hardware, or even its Macs.

What’s more, perhaps the most conspicuously missing thing is anything fully aimed at helping people work out outside, especially after a year in which one of the few highlights has been more people discovering the outdoors. There are no guided runs, for instance, which can be very good at making those daunting first few runs out on your own feel less terrifying. (Nike Run Club does this very well indeed, and with great integration with the Apple Watch; it may well be that the Fitness+ of outdoor runs already exists.)

Much of the discussion around Fitness+ has been about comparing it to competitors, which mostly means Peloton. But that seems like it misses the point of both services, which are both better considered as part of their whole ecosystem than as just fitness videos. (Both companies also reject the comparison: Peloton has made clear how key its bike hardware is to the product, and Apple says that people having the choice is a good thing.)

Neither is necessarily better, and the question of which you should use is likely going to come down to what you want out of it. If you want the full gym-and-spin-bike experience at home – whether on your own equipment, or if you want to buy that too – then Peloton is most likely to serve your needs; if you have or desire an Apple Watch and want access to a whole set of workouts that make use of it, then Fitness+ is the obvious place to go.

Getting Fitness+ is, fittingly, like having your Watch go to the gym: all the same, but a little quicker, sharper, able to do more. If you already doubt the Apple Watch, or have another route to exercise that you are already engaged in, then it’s unlikely to win you around; if you love your Watch already, there’s no question that you’re going to like this.