Violent protests in Washington broke out ahead of Congress certifying Joe Biden’s US election win.

As a result of the demonstrations, the joint session of Congress certifying President-elect Biden’s victory was suspended and forced into recess.

The first of the tweets deleted was a video which Facebook and YouTube alPrivacy Notice for details of your data protection rights. 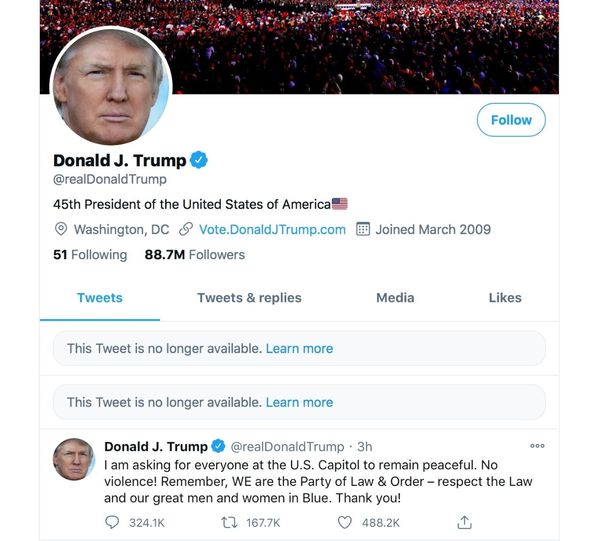