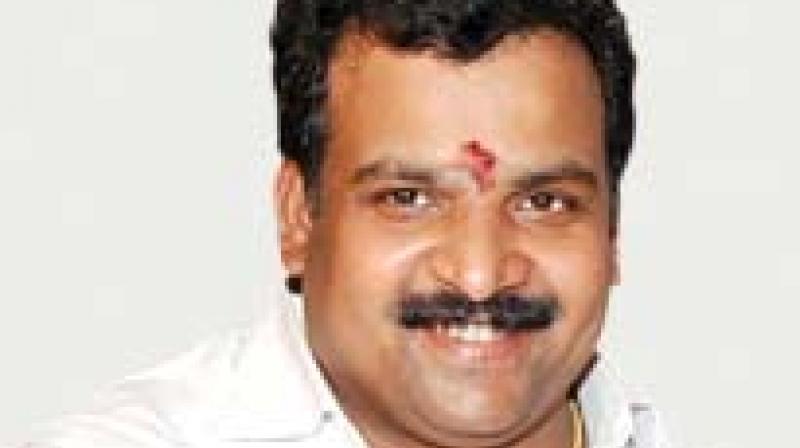 Hyderabad: Trouble is brewing in Telangana Congress because of the delay in the appointment of the next TPCC President. With many leaders crossing the party line, AICC Telangana Congress in-charge Manickam Tagore is caught in a Catch-22 situation.
The latest trouble has come in the form of Munugodu MLA Komati Reddy Rajagopal Reddy, who openly issued a statement on Thursday that he is quitting the party and would be joining BJP.
On the one hand, the Telangana Congress party is already divided between the old and new guard with regard to the selection of the new PCC president, while on other hand senior leaders like V Hanumantha Rao are openly criticising the in-charge and praising Chief Minister K Chandrasekhar Rao
Despite holding consultations for four days and meeting over 160 leaders, the high command has not been able to take a decision on the next president. The grapevine is that Tagore is unable to convince the high command over the choice, thanks to some  leaders who went to Delhi and tried to meet Sonia Gandhi.
MLC T Jeevan Reddy challenged Rajagopal Reddy to resign from the party and Assembly membership and then contest on the BJP seat. No other prominent leader has reacted to Rajagopal Reddy’s announcement.
The statement of Rajagopal Reddy has come as a fresh headache for Bhuvanagiri MP Komati Reddy Venkat Reddy, who is trying hard for the TPCC president post, and has also met Sonia Gandhi and Rahul Gandhi separately.
With the crisis deepening by the day, it remains to be seen how Tagore will tackle the issue and ensure a win-win situation.

The right is hooked on a feeling