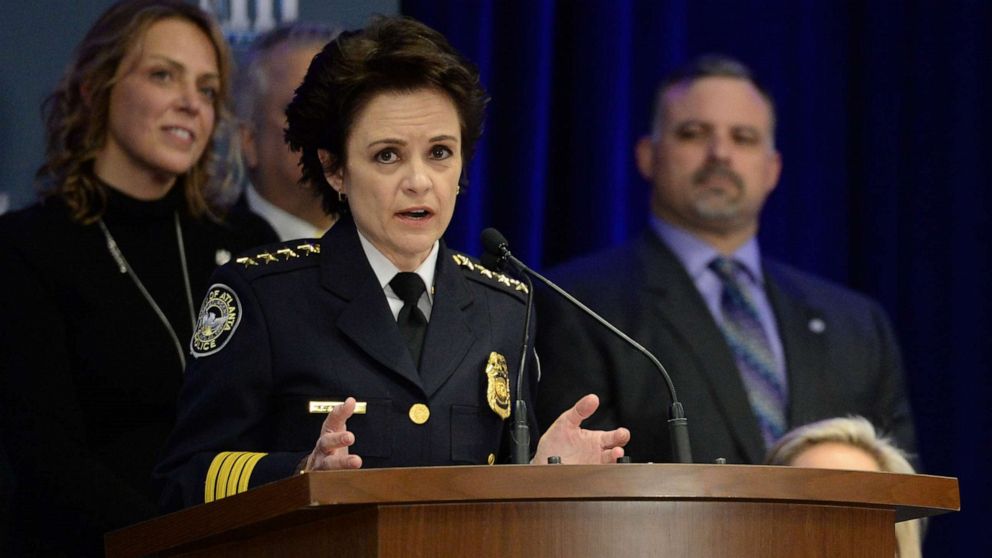 Former Atlanta police Chief Erika Shields was named the new police chief of Louisville, Kentucky, on Wednesday after nearly one year of the department in the national spotlight in the wake of the Breonna Taylor case.

Shields resigned as Atlanta’s chief in June 2020, hours after a Black man, Rayshard Brooks, was shot and killed by police at a Wendy’s drive-thru.

Atlanta Mayor Keisha Lance Bottoms said at the time, “because of her desire that Atlanta be a model of what meaningful reform should look like across this country Chief Shields has offered to immediately step aside as police chief so that the city may move forward with urgency and rebuilding the trust so desperately needed.”

Shields said Wednesday that Atlanta “needed to move forward,” and said if she stayed, it would’ve been a distraction.

Shields “believes in the role of policing but also knows that the practice of policing must evolve with the times that we live in,” Louisville Mayor Greg Fischer said Wednesday.

Shields “will focus on the steps necessary to restore confidence of residents,” especially those who are traditionally marginalized, Fischer said.

“She was the unanimous choice of our diverse selection committee,” the mayor added.

“There is much healing to do across the country and here in Louisville,” Shields said Wednesday. “Louisville and LMPD have the opportunity to get this right and create a model for other cities to follow. And I believe when LMPD identifies the path in which they can be responsive to their communities in a manner that is consistent with what the public should expect and shows the ability to hold their officers accountable — then we will have hit that success.”

“I commit to begin my work here with a focus on rebuilding community trust” and tackling gun violence, she said.

“The last year has shown that we in law enforcement have a long way to go,” she said. “Regardless of a person’s skin color, gender, sexual orientation or economic status, we have an obligation to police consistently, fairly and equitably.”

Shields will be Louisville’s second female chief and first openly gay chief, according to The Louisville Courier-Journal.

Shields will start on Jan. 19, taking over for interim police Chief Yvette Gentry who started on Oct. 1.

Taylor, a 26-year-old emergency room technician, was shot dead on March 13 when officers arrived at her door in the middle of the night trying to execute a search warrant as part of an investigation into a suspected drug operation allegedly linked to her ex-boyfriend.

Taylor’s boyfriend, who said he thought intruders were trying to break in, fired a shot. The officers returned fire, fatally shooting Taylor.

At first, one officer, Brett Hankison, was fired, but initially no charges were brought against the officers, igniting protests across the country.

Kentucky State Attorney General Daniel Cameron said the officers were justified in their use of deadly force because Walker fired the first shot.

Months later, Cameron convened a grand jury that indicted Hankison on three counts of first-degree wanton endangerment for firing into the apartment directly behind Taylor’s, where three people were inside. Hankison pleaded not guilty.

Officer Myles Cosgrove, who fired the shot that killed Taylor per ballistics analysis, and Det. Joshua Jaynes, who prepared the search warrant, were fired from the department on Tuesday.

None of the officers were charged in connection with Taylor’s death.