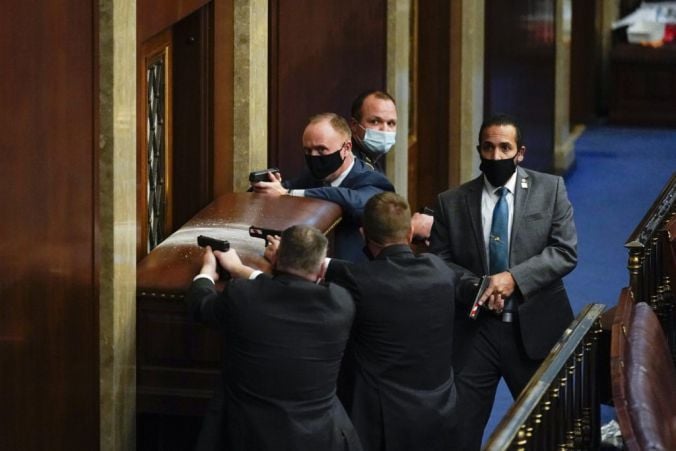 US Capitol Police with guns drawn stand near a barricaded door as protesters try to break into the House Chamber at the US Capitol, © AP/Press Association Images

Protesters backing President Donald Trump have breached the US Capitol, forcing a delay in the process to confirm Joe Biden’s victory in the November election.

Politicians were forced to rush from the building in Washington to take cover.

President-elect Mr Biden called the protests “an assault on the most sacred of American undertakings: the doing of the people’s business”.

Here is how the events unfolded:

The video was issued more than two hours after protesters began storming the Capitol.

He opened his video, saying: “I know your pain. I know your hurt. But you have to go home now.”

He also said: “We can’t play into the hands of these people. We have to have peace. So go home. We love you. You’re very special.”