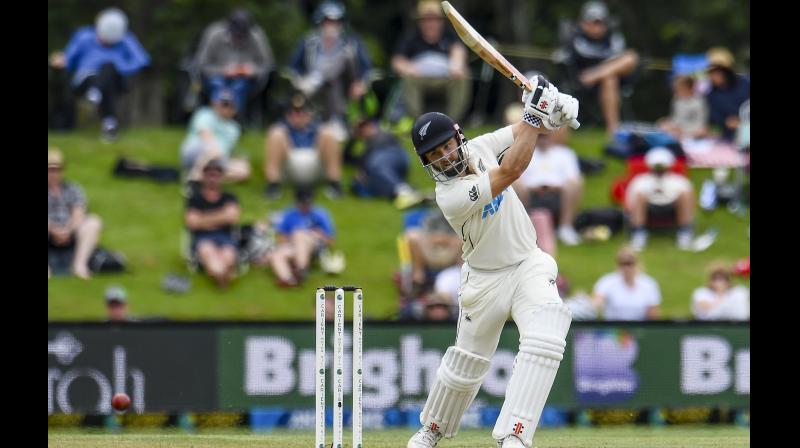 Christchurch (New Zealand): Kane Williamson underscored his ranking as the world’s premier batsman with a masterful double century as New Zealand took control of the second Test against Pakistan on Tuesday.

In between the showers at Hagley Oval in Christchurch, Williamson was in classic form, batting for nine hours 33 minutes for his 238 and leading New Zealand to an imposing 659 for six declared to lead Pakistan by 362.

At stumps on day three, the tourists were already in trouble at eight for one, with Kyle Jamieson adding to his five-wicket haul in the first innings by removing Shan Masood for a duck.

It was a relentless performance from Williamson, who became only the second New Zealander after Brendon McCullum to score four double centuries.

Daryl Mitchell, who wondered if he would ever get a bat while Williamson was at the crease, described his skipper as “a freak who’s set us up with a chance to win”.

Williamson delayed the declaration until Mitchell completed his maiden century and the all-rounder said despite his unbeaten 102 off 112 balls it remained a good pitch for the bowlers and should produce a result.

“If we put it in the right areas and bang those hard lengths, there is a lot of pace there and hopefully we can put Pakistan under some pressure and see what happens,” he said.

Williamson should have been out for 177 on the first ball after the first of two rain stoppages, but as has happened several times in the Test the chance was put down, this time by Azhar Ali, who earlier in the day had dropped Henry Nicholls short of his century.

Pakistan spinner Zafar Gohar, who went for an expensive 159 off 32 overs on debut, said the fielding errors hurt.

“The dropped catches cost us. There is no reason to drop catches but it happens in cricket,” he said.

“Dropping Kane Williamson cost us a lot of big runs.”

Williamson and Nicholls had rebuilt the innings after New Zealand were reduced to 71 for three on Monday’s second day.