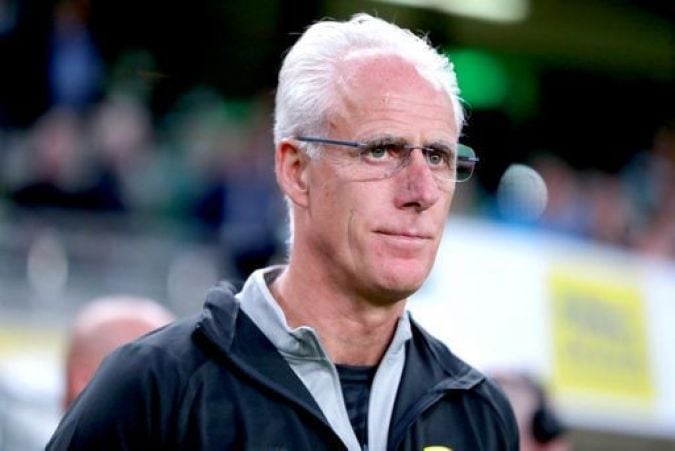 Mick McCarthy has been sacked after just two months in charge of APOEL Nicosia.

APOEL Nicosia on Wednesday sacked coach Mick McCarthy after only two months in charge of the Cyprus club following a bad run of results, it said.

The former Republic of Ireland manager, who in November had signed a 19-month contract to May 2022, was fired following the side’s 2-1 loss to Doxa on Tuesday.

“APOEL announces it is ending its cooperation with coach Mick McCarthy. We wish Mr McCarthy and his assistant Terry Connor all the best,” the club said in a short statement.

APOEL, the island’s most successful club, were 10th in the 14-team league when McCarthy took over in November, with two wins from eight games.

Under McCarthy they fared no better, however, managing only two more wins from their next eight league games, leaving them now in 11th place.

McCarthy had been due to remain in charge of the Boys in Green until the end of the Euro 2020 campaign, before being replaced by Stephen Kenny.

However, the European Championship was delayed as a result of the Covid-19 pandemic which led to McCarthy leaving before the end of the campaign.

Kenny led Ireland in the play-off semi-final clash with Slovakia but Ireland lost on penalties in Bratislava.

It remains to be seen if McCarthy’s departure will affect Jack Byrne.

He signed the Ireland international, whose contract with Shamrock Rovers expired at the end of the League of Ireland campaign, this week.

Byrne made his debut in the loss to Doxa last night.