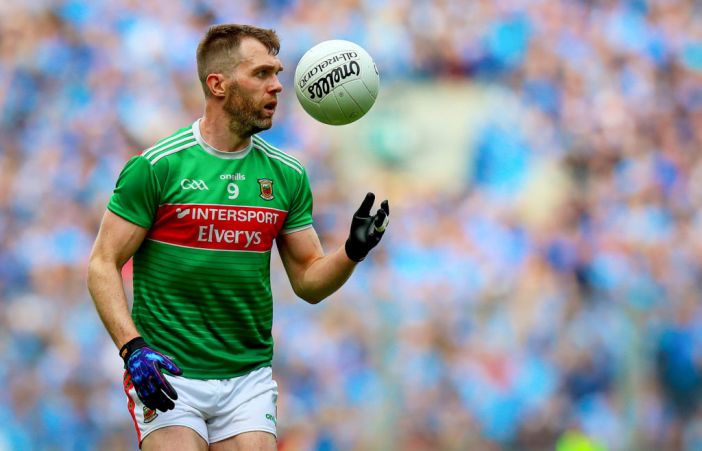 Another Mayo stalwart has decided to step away from the county team as Séamus O’Shea has announced his retirement from inter-county football.

O’Shea’s decision is the fourth departure from the Mayo senior squad since the new year, following Donie Vaughan, David Clarke and Tom Parsons.

The Breaffy player represented his county for the past 13 seasons, making his debut in the national league in 2008.

His first championship start was still two years away at that point, but his arrival on the scene ultimately led to him featuring in five All-Ireland finals.

Séamie O’Shea has today confirmed his retirement after 13 seasons in the Mayo squad. Mayo GAA thanks Séamie for his commitment over a many number of years at both underage and senior level and wishes him all the best for the future.https://t.co/NKj28I8Ex5 #mayogaa pic.twitter.com/bQlXaZRm1z

O’Shea did not manage to make the cut for the 2020 final against Dublin last month, leaving his tally of championship appearances at 51.

In a statement released today, the 33-year-old said he was grateful to everyone who supported him throughout his playing career.

“I consider myself incredibly fortunate to have played for Mayo alongside an extraordinary group of players,” O’Shea said.

“I’m thankful that I’ve had the opportunity to do it for so long and I’ve loved every minute of it,” he added.

“His quiet, unassuming manner overlay a steely resolve to be the best he could be,” Moffatt added.