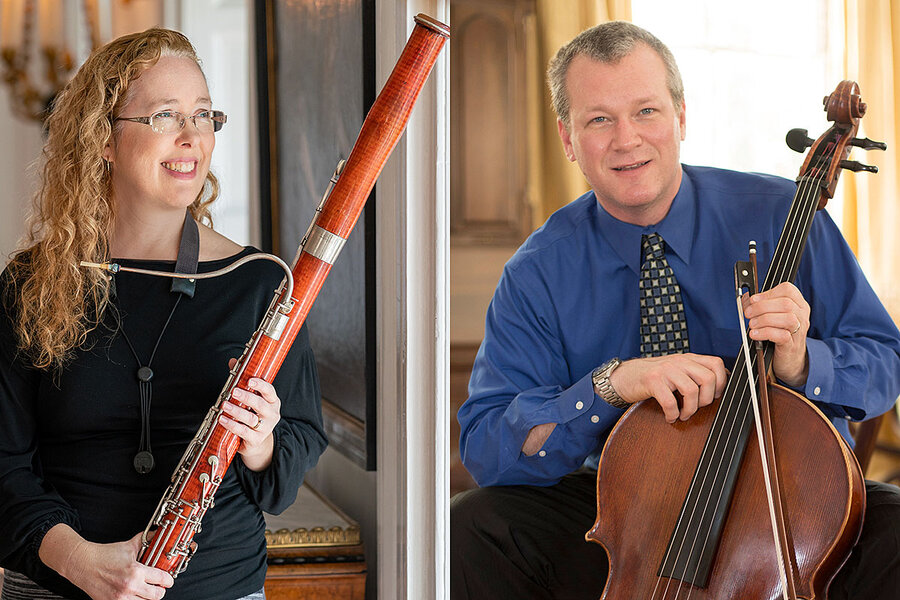 “A survey came out – it’s called the American Family Survey – and it asked the couples how their experiences are in the pandemic,” says Wendy Wang, the director of research for the Institute for Family Studies. “A majority of them said that the pandemic actually made them appreciate their spouses more, and more than half of them also say their commitment has deepened.”

“I have seen good relationships get stronger but the past year has been sort of a ‘stress test’ for relationships and has exposed the flaws or weaknesses among many couples,” says Aimee Hartstein, a New York-based licensed clinical social worker, via email.

For Karina Zannat O’Connell and Nicholas O’Connell, the close confines of lockdown-living quickly ended the “honeymoon period” of their new marriage.

In November 2019, the couple had three weddings – two in Bangladesh for her Muslim family, and one in India for his Hindu family. Then she moved to the U.S., where he’d grown up and where they’d met in college many years previously. Mr. O’Connell’s three-bedroom New York City apartment was already shared by his two longtime roommates. Once the quarantine started, Ms. O’Connell was stuck inside with no friends in the city. While Mr. O’Connell played Dungeons & Dragons in the living room with his roommates, she retreated to a bedroom to scroll through posts on Reddit “for the 20th time.”

“I remember talking to a couple of my friends and they asked, ‘How’s married life?’” says Ms. O’Connell, a self-described extrovert. “And I was like, ‘I moved here. And there’s COVID and there’s refrigerated morgue trucks. And I really resent my husband. I hate him. And they were all like, ‘Oh, my gosh, girl. You know, we’re supportive of you if you want a divorce.’”

Their talk of divorce shook Ms. O’Connell. It was time to address the situation with her husband.

Mr. O’Connell listened to his wife. More than that, he responded by finding a new apartment for the couple even though he was reluctant to move. His willingness to adjust reminded his wife to intentionally focus on her husband’s good qualities – such as taking on the cat litter and dish-washing – rather than nitpicking about the bad things.

“It changes the whole atmosphere of the house when your wife is happy,” says Mr. O’Connell, who adds, jokingly, “I’m just afraid if we get a dishwasher, then what will happen? I’ll get replaced.”

“We’re in such a good place now that we’ve actually decided that we want to have a baby in the next six months,” adds Ms. O’Connell. “We’ve renewed our commitment to each other.”

Partners in romance and finance

According to the American Family Survey, 45% of respondents who’d experienced financial decline during the pandemic reported increased marital stress.

“We have grown up in a world in which we treat marriage as all about finding your soulmate – which it is and can be – but it’s still, at the end of the day, a partnership with an economic component to it,” says Steve Horwitz, an economics professor at Ball State University in Muncie, Indiana.

Dealing with unemployment and trying to make a living during the economic downturn has poked at the nonromantic aspects of marriage, says Mr. Horwitz, the author of “Hayek’s Modern Family.” Those burdens have fallen disproportionately on women, many of whom have left the labor force to care for schoolchildren at home.

Yet tough economic circumstances often encourage couples to lean into each other for support. That was true of the recession of 2007 to 2009, when divorces declined by 7%. In the 2020 American Family Survey, 65% of those whose financial situation worsened said they felt a greater appreciation for their marital partner and 60% reported a deeper commitment to the marriage.

Ana-Shea Fann and Stewart Edwards can attest to that. When the pandemic hit, the New Orleans-based couple had been planning a wedding for 300 people. Then she lost her job as an organizer for people facing mental challenges. Cooped up in their 900 square foot home, where they care for Ms. Fann’s ill mother, she didn’t feel it was the right time to celebrate anything – let alone ask wedding guests to travel. Mr. Edwards wasn’t keen on postponing the nuptials. He’s not easily deterred. After all, he’d been the one to drive over two hours from another town for his first date with Ms. Fann. He told her that getting married was more important than being able to have the type of big-party wedding they’d envisioned.

The couple revamped their wedding by setting it in their backyard for 15 socially distanced guests. They also broadcast the ceremony via Zoom. It was a “gorgeous” event, says Ms. Fann.

Days after the wedding, Mr. Edwards returned to his employer’s office for the first time since the lockdown. By 10 o’clock the same morning he was back home. He’d been laid off.

“This is not a normal time where, as a married couple, you can sit down and be like, ‘OK, here’s here’s our finance goals,’” says Ms. Fann. “It’s just like, ‘Have we made it? Can we pay the rent?’”

Ms. Fann recalls something her father told her at age 16: “Ana-Shea, if you wait your whole life to be only excited about the big things, you’re going to be miserable almost all your life. You need to learn how to appreciate small stuff.”

What’s sustained their relationship amid the challenges are small acts of service and remembering to give each other regular hugs, says Mr. Edwards. Date nights now consist of finding new and inventive recipes to cook. Arguments have been few and far between.

“We made it so well because we have each other,” says Ms. Fann. “And that’s actually something that’s kind of rare and not the story everyone else has. I know a lot of people who’ve gotten divorced.”

Slowing down, catching up

Jonathan Shippey, a licensed marriage and family therapist in Louisville, Kentucky, says the unique circumstances of 2020 have revealed to some couples that their marriage was merely a functional one. The busyness of day-to-day scheduling masked underlying foundational issues.

“Some of these couples were on two parallel train tracks and they could see each other and maybe even headed in the same general direction, but they were not on the same train,” says Mr. Shippey, a master trainer at The Gottman Institute, which helps counsel married couples.

Prior to the pandemic, Anika Prather says she thought her relationship to her husband Damon was “OK.” Now she realizes that if things had continued as usual, their marriage would have become dysfunctional at some point.

As the co-founder with him of The Living Water School, a private school in Fort Washington, Maryland, Dr. Prather’s pre-pandemic life had been nonstop. For instance, two weeks after giving birth to the youngest of their three children, she’d gone back to work instead of taking the entire maternity leave. In those days, she and her husband weren’t bonding the way they should have been.

“I was so stressed I would have moments where I was cold, not because I’m upset with him, but I was just so dead tired,” says Dr. Prather. “I wasn’t an emotionally soft person.”

When the hard brake of lockdowns stopped her perpetual motion, she toppled over. On the first day of quarantine, a longtime family friend and church member died by suicide. The same day, Dr. Prather’s cousin – who’d been like a brother to her – died of COVID-19. She was racked with guilt because they weren’t as close as they’d once been. She hadn’t had time to improve their relationship.

“I just became a hermit,” says Dr. Prather, who spent her days wearing pajamas and shrouded in gloom. Soon after, she received an offer to teach at Howard University – something she’d always dreamed of. She took the offer to teach a few classes, but she couldn’t muster any excitement.

He snapped her out of her funk by telling her that it’s OK to grieve but not to neglect gratitude for all the good things God had given them. Mr. Prather, an analyst for the federal government, started by expressing appreciation for his wife, as Dr. Prather recalls. “He said, ‘This is the first time in all of the 13 years that I’ve known you that I haven’t seen you running out to meet some deadlines…’ And he said, ‘That means you have been working extremely hard the entire time we’ve been married.’”

Dr. Prather and her husband began to focus on their family and asking themselves how to make the most of their time in lockdown. They spent more time together, with game nights and family walks. Mr. Prather and the oldest of their two sons grew closer while Dr. Prather realized that her daughter wanted female bonding time with her. They could see what their life could look like after the pandemic.

“We became very adamant about not stopping what the virus has forced us into – slowing down, holding on to each other, enjoying ourselves, enjoying our kids, and our kids enjoying us, focusing on what’s important,” says Dr. Prather, who has figured out a way to now work part-time. “What I’m doing should not place my marriage or my children in jeopardy. I can still have my career … but it shouldn’t compete with other things.”

“My wife and I are determined not to go back to the stressful lives we had pre-pandemic!” Mr. Prather explains via email.

His wife has coined a term for their experience: Corona Blessings. “As sad as it is,” she says, “it turned out to be a blessing for our family.”

In the desert, I find my way

When is the proof in the pudding, anyway?