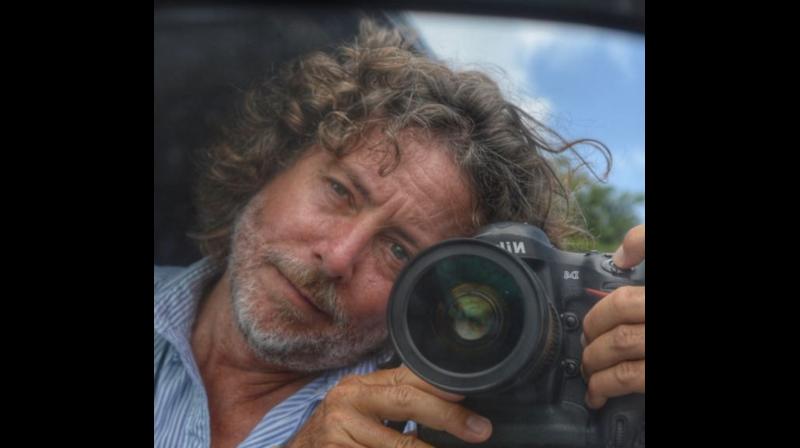 This England-based sports photographer Philip Brown can't wait to click the images of the Australia-India Test match beginning at the Sydney Cricket Ground (SCG) on Thursday.

Incidentally, this will be his 250th Test match in attendance.

"249 Tests is not bad going but I'll be really glad to reach the 250 mark. I'm very fortunate to be about to shoot my 250th Test match", speaking exclusively over the telephone from Sydney, he said.

"It will be a special moment tomorrow back at the SCG. My thoughts will turn to shooting the match in 1988 and also I’ll be remembering when my father took me there to a Test in 1976. We had awful seats and couldn’t see anything so we stayed over and he bought seats in the Bradman stand the following day", he recalls.

Philip has had thousands of photographs published in newspapers, magazines and books. He continues to work as a photographer specialising in cricket.

"I had no idea when I was sent by a newspaper in January 1988 to the bicentennial Test that I would cover so much cricket".

"I love the competitive element of my job where you’re trying to capture great images and beat the other photographers".

During his quarantine period in the hotel room in Australia, Philip decided to walk up and down the room to keep some sort of fitness level.

"I finished walking ONE HUNDRED kilometres in my room just walking between the window and the door (which was ten metres) over about 11 days", he said while sending the digital proof.

"I’ve really enjoyed travelling the world and especially love capturing the passion for cricket in Sri Lanka and India", he added.

"I’ve loved every moment of the past 33 years and have met and made friends with some fabulous people. Hopefully the pandemic will not be an issue soon and we can return to full stadiums", he signed off.

Philip will be sending his images to Popperfoto, which is the most extensive cricket library in the world going back over a century.