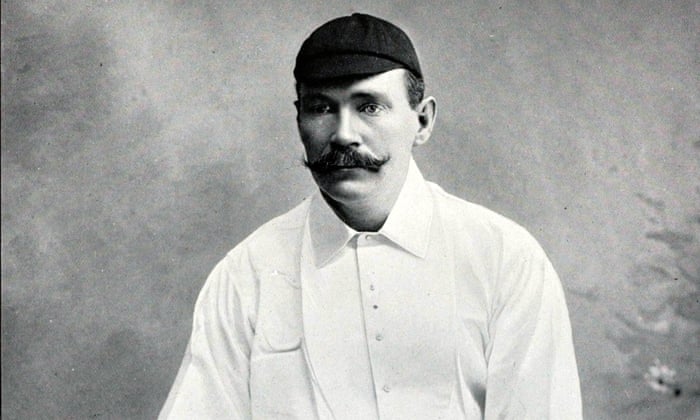 It was in this week in 1898 that Ernest Jones became the first bowler in Test history to be no-balled for throwing, an early skirmish in a one-man war waged by James, Jim or Jem Phillips, Anglo-Australian cricketer, umpire and fighter against the crooked elbow, who once went two full decades without experiencing a winter only to break that run in the most emphatic way possible by giving up cricket and moving to Canada.

After his retirement Athletic News called Phillips a “zealot for purity” who “suffered from distorted vision, the result of prejudice and passion”. The Observer, however, described the no-ball call against Jones as “a courageous action [that] reverberated over two hemispheres”, and when news broke of his death in 1930 the Guardian wrote that he was “a man of fine physique, tall, broad, and powerful, most intelligent and fearless, as his career would suggest”. He was “the umpire who assisted so largely in stamping out throwing in first-class cricket” and “accomplished a really great work for the game”.

The call had been coming, and not just because the same umpire had no-balled the same bowler during a tour match a couple of months earlier. “Did I go much over the line, Jim?” Jones had asked, upon hearing the call. “You delivered the ball more than a foot behind the crease,” answered the umpire, pointedly.

“The law prohibiting no-balling was becoming obsolete,” WG Grace wrote of the late 1890s, “and the time had come when the interests of cricket demanded drastic measures to suppress throwing and discountenance anything like dubious delivery.” Those drastic measures took human form in the shape of Phillips, once a decent bowler for Victoria and for Middlesex, who was once described as “a big, thick-set Colonial, with red hair and red moustache, the incarnation of imperturbable obstinacy”, and later as a “self-constituted authority upon the art of fair bowling and maker of controversies”.

A year before England’s second Test in Melbourne and Phillips’s infamous call, Fred Spofforth – the Australian fast bowler who had settled in England – wrote an article for Sporting Life in which he wondered if the MCC was “going to legalise throwing” altogether. “There is scarcely a first-class county which does not include a thrower amongst its cricketers,” he wrote, naming the Australian spinner Tom McKibbin and England’s Bobby Peel as notable chuckers (Grace was among those who had already cast doubt on Peel’s action).

The article proved incendiary, nudging the debate forward a notch or two and preparing the ground for Phillips (perhaps ironically, given that when Jones’s action had been questioned during Australia’s tour of England in 1896 Spofforth had pointedly spoken out in his defence, going so far as to bet £50 that he could “strap Jones’s arm from the wrist to below the shoulder and he’ll bowl as fast as ever”, an offer which nobody took him up on).

Overdue as it probably was, cricketers and journalists in Australia were outraged by the call, given that Jones had toured England without issue – even though Phillips had umpired some of his games there – and that several high-profile Englishmen had gone unpunished despite actions widely considered to be suspect – in addition to Peel, CB Fry, Dick Attewell and Arthur Mold were mentioned. They needn’t have worried: Phillips would come on to them. 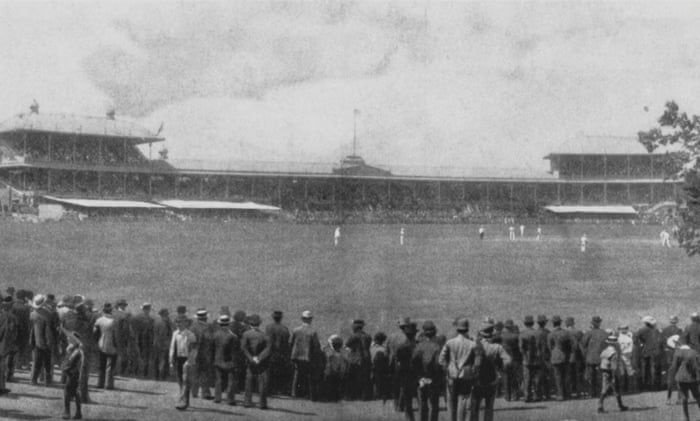 That summer Phillips no-balled Fry twice, two other umpires called the same player, and the English magazine Cricket reported on “the obvious determination of umpires to make themselves heard on the question of throwing”. This determination was not exactly unanimous – there was one match in which Somerset’s Ted Tyler was twice no-balled by Phillips from square leg only for the other official to disagree so vehemently he refused to allow extra balls to be bowled – but Phillips continued, and in 1901 his campaign reached an apotheosis when he got the chance to make an example of Mold.

In December 1900 the county captains met to discuss the issue of throwing, and between them compiled a list of players who would not be allowed to bowl the following summer, with Mold and Fry among them. Lancashire’s captain, AN “Monkey” Hornby – who once scored an all-run 10 off a single ball – spoke out in his player’s defence. “If I can have my way,” he said, “we shall play Mold and let the umpires no-ball him if his delivery does not satisfy them of its fairness.” And after the blacklisted players were eventually reprieved, that is precisely what happened.

For many months Lancashire kept Phillips and Mold apart, giving the bowler time off whenever the Australian officiated their matches, but for a match against Somerset at Old Trafford they included him in their team. In Lancashire’s first innings Phillips stood several yards behind his normal position when Mold was bowling, “to devote my whole attention to his delivery”, but did not see anything bad enough to force him to act. When the home side batted again he said: “It became apparent to me that there was a marked change in some deliveries, and as the innings proceeded this change became more pronounced and frequent.” Eventually he felt he had to intervene, and he called Mold for throwing. Then he did it again, and again, and again.

By the time the innings ended Mold had been no-balled 16 times, and at the age of 38 it all but ended his career. The bowler protested his innocence, and that “it will be a bad day for English cricket if expert opinion is to come from the bush of Australia”, but the reputational damage had been done. “There is no doubt that he was hounded out of first-class cricket,” Athletic News wrote on his death in 1921, noting that Phillips’s intervention “was akin to kicking a man when he was about to depart this life”, coming “after 12 years during which no umpire had called him and no one had impugned his action to his face.” Perhaps, but they had impugned it pretty much everywhere else, and the age of the career chucker was at an end.

That December the MCC wrote to the counties, informing them of their “hope that the county cricket executives will, in future, decline to play bowlers with doubtful deliveries”. The scourge of throwing had been calmed, and a battle that opened with Phillips’ call in January 1898 was over.