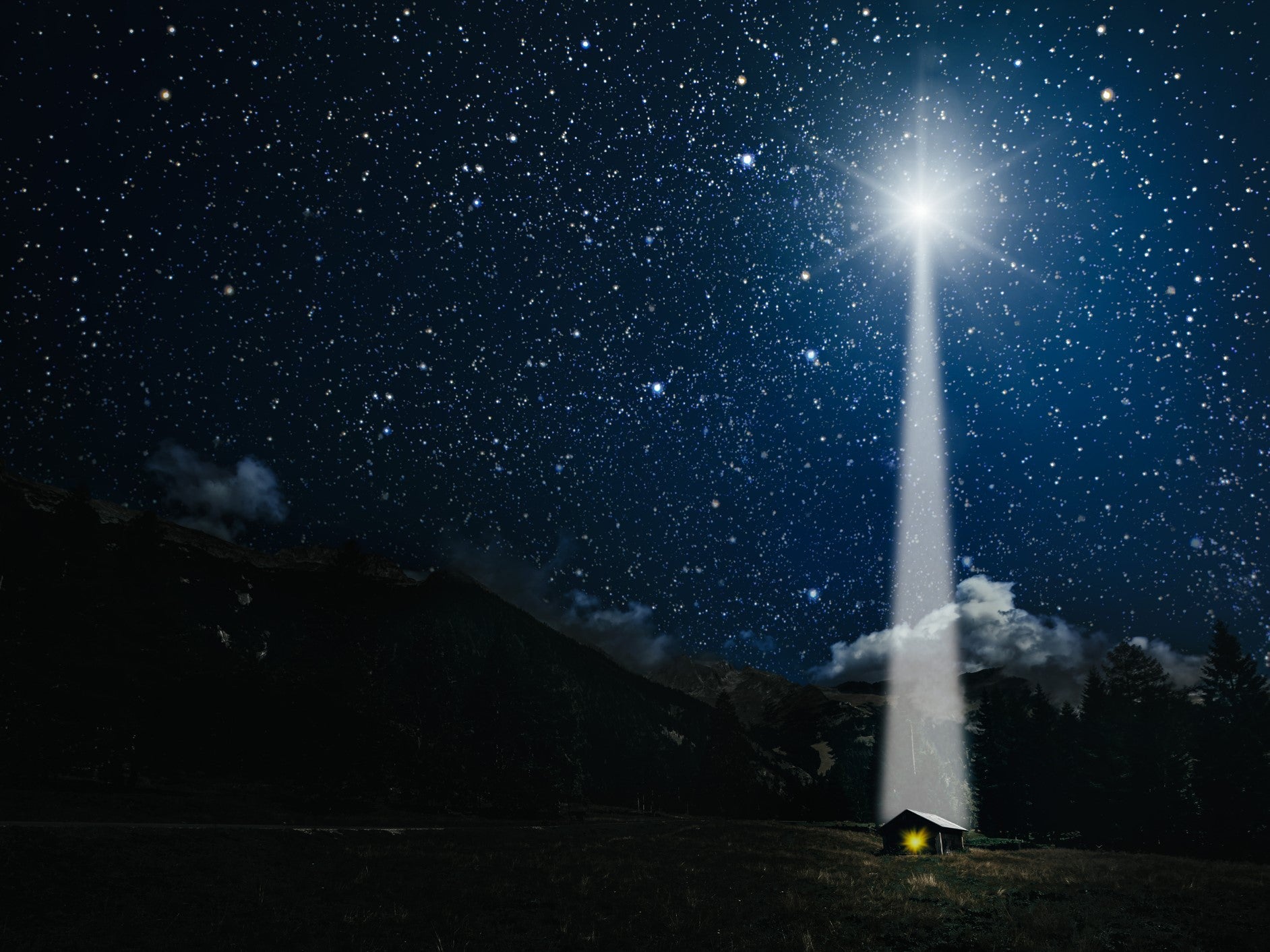 Jupiter and Saturn will align on Monday evening, making it potentially appear to casual observers that they are shining as a single bright star in the night’s sky.

The merging of the two biggest planets in the solar system, known as the “Great Conjunction”, has been likened to the Christmas Star due the timing of the event.

Some astronomers have also speculated that a similar event around the time of Jesus’s birth may be responsible for the fabled Bethlehem Star described in the Bible.

While many Christians believe the bright object that led the “wise men from the East” to Bethlehem was a miraculous sign, the more rational explanation of any such event would be the conjunction of two planets, a comet, or a supernova.

The biblical tale describes a star shining just over the building where Jesus was born, which scholars estimate took place between 6-2 BC.

The Gospel of Matthew states: “The star, which they saw in the east, went before them, till it came and stood over where the young child was.”

Other celestial events around this time include the passing of Hayley’s Comet in 12 BC, as well as a nova or comet recorded by Chinese astronomers in 5 BC.

How exciting is this? (A: very). This is Jupiter aligning with Saturn tonight, which hasn't happened since Galileo. It gives the cruciform shape that the Magi are said to have followed. #VeniEmmanuel pic.twitter.com/4YemgndjC2

Conjunctions of Jupiter and Saturn take place roughly every 20 years, though rarely as close as they will on 21 December 2020.

The two gas giants will come within 0.1 degrees of each other – around one fifth of the moon’s diameter – marking the closest encounter since 1623.

“You can imagine the solar system to be a racetrack, with each of the planets as a runner in their own lane and the Earth toward the centre of the stadium,” he said.

“From our vantage point, we’ll be able to see Jupiter on the inside lane, approaching Saturn all month and finally overtaking it on 21 December.”

This means the two planets will continue to appear close in the night’s sky in days leading up to Christmas.

The fact that it is taking place so close to Christmas, however, is an astronomical coincidence.

“Conjunctions like this could happen on any day of the year, depending on where the planets are in their orbits,” said Dr Throop.

“The solstice is the longest night of the year, so this rare coincidence will give people a great chance to go outside and see the solar system.”

For the best chance of seeing the conjunction of Jupiter and Saturn, skygazers are advised to look west just above the horizon 45 minutes after sunset.