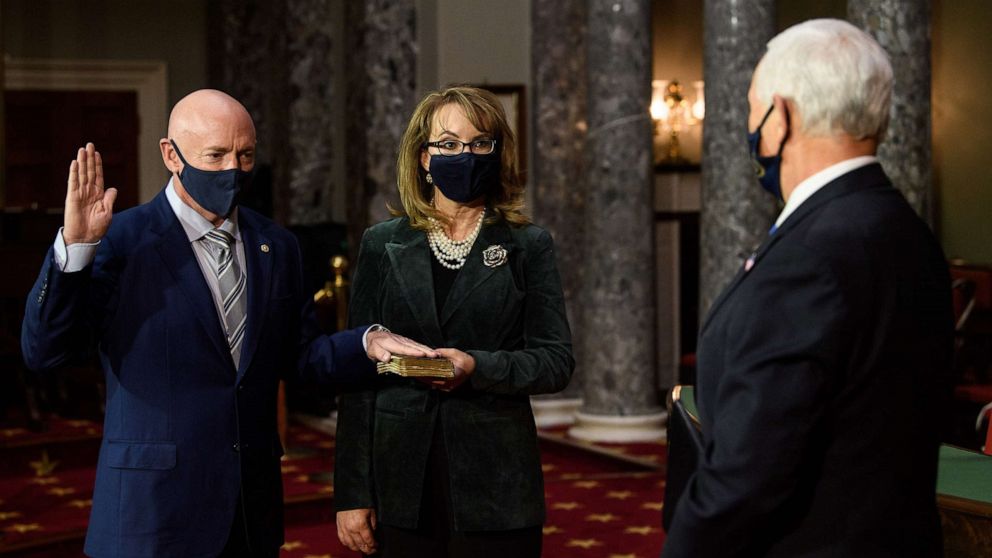 Ten years ago this week, former Arizona congresswoman Gabrielle Giffords was shot during an assassination attempt in Tucson.

“As I sat waiting for information about @SenMarkKelly’s safety today, I couldn’t stop thinking about what you must have gone through 10 years ago this week. I’m so glad you and your staff are safe. I love you, sweetie,” Giffords said in her post.

The former astronaut reacted to Wednesday’s breach on the Capitol in a statement on Twitter: “In America, we have fair elections and peaceful transfers of power; democracy prevails over chaos; and those who commit violent acts are held accountable. That won’t change today. This unpatriotic attempt to overturn our election — and silence the voices of Arizonans — will fail.”

Giffords said in another Twitter post that she was “heartbroken by the violent attempt to undermine our democracy today.”

“But we won’t be terrorized. I still believe in the power of democracy to bring us together, casting away hate and lighting a better path forward,” she continued.

Giffords and Kelly have been married since 2007.

On Jan. 8, 2011, Giffords and 18 others were shot during a political event in a supermarket parking lot in the Tucson metropolitan area. Six people died. Giffords was shot in the head and underwent months of intensive speech and physical therapy to recover.