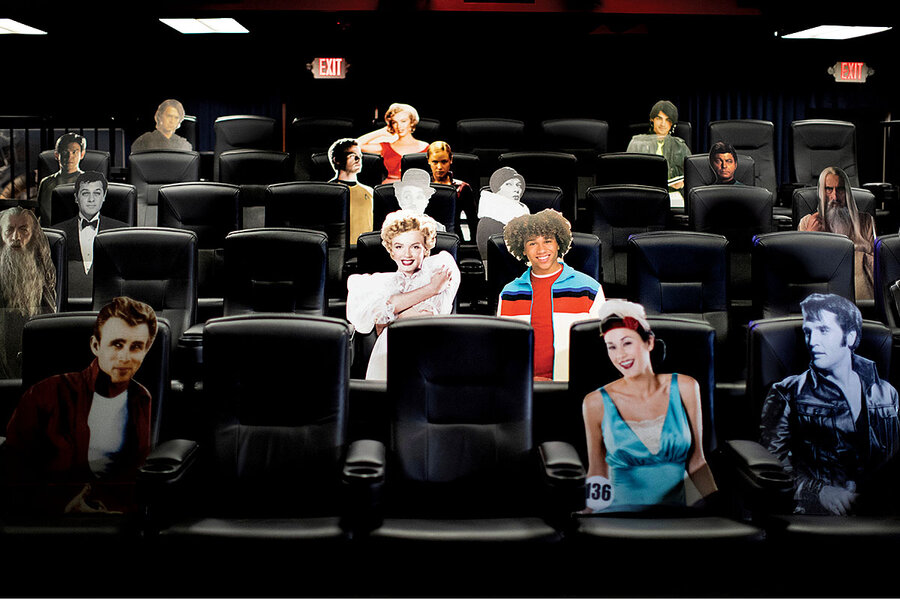 Paul Moore, professor of sociology and media historian at Ryerson University in Toronto, doesn’t think so. He says the rise of VHS in the 1980s inspired similar apocalyptic predictions, but home videos never replaced a night at the multiplex.

“Going to the movies is always about going out in public, with friends and family, but also with strangers,” he says. “That excitement of a sold-out blockbuster … that’s something that we never get with television.”

And it’s more than fuzzy feelings, he adds – it’s part of the business. Since the ’80s, movie ticket sales have only been the tip of the iceberg of studio revenue. Professor Moore says most profits come from rebroadcasting, movie rentals, and everything else that happens after a film leaves theaters. Yet the theatrical release is crucial for generating that momentum.

“It’s really not clear if [streaming platforms can] generate enough buzz and awareness to have a franchise like Toy Story or Star Wars,” says Dr. Moore.

Even if moviegoing survives, a hyperemphasis on streaming could change the industry in other ways.

James Schamus, professor of professional practice at Columbia University School of the Arts, says the straight-to-streaming setup would certainly complicate the moviemaking process, in part because streaming platforms are famously opaque about their program ratings.

“If you make a hit movie, it’s just one more piece of content in a gigantic pile and [without ticket sales] it’s very difficult to understand the value of that success,” says Dr. Schamus.

And just as TV has become more movielike on Netflix and other streaming platforms, Dr. Moore imagines that boundary will continue to blur as movies are made with streaming services in mind.

“What will probably happen is that movies will get smaller and movies will end up more like TV,” he says. “The boundary between a television series and a blockbuster movie could collapse.”

In the desert, I find my way