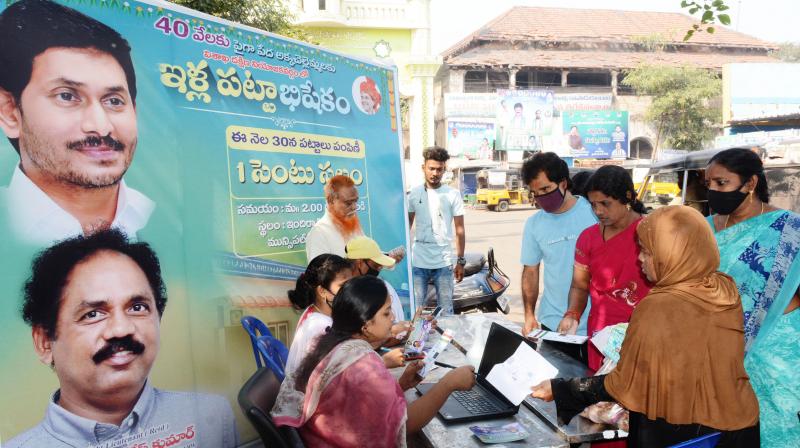 VIJAYAWADA: Telugu Desam MLC B Thirumala Naidu asserted on Wednesday the party is ready to prove how the ruling YSR Congress leaders indulged in “massive corruption” in the name of house-sites distribution across the state.

The MLC alleged that the corruption was of the order of Rs 6,500 crore. Several irregularities took place in land acquisition. Ruling party leaders forced the government to buy lands worth Rs 5-10 lakhs at the jacked-up rate of Rs 40-70 lakhs. More of the corruption would come out if the CBI investigated the related cases, he said.

Addressing a press conference here, Thirumala Naidu said YSRC leaders including the chief minister, 40 MLAs and ministers made lots of money from this scheme. “In the name of land acquisition, in the leveling of lands and in distribution, YSRC men pocketed money.”

The MLC said TD would come up with evidence if the YSRC leaders agreed for a debate. YSRC MLAs Kolusu Partha Sarathy, Karumuri Nageswara Rao, Pratapa Reddy, Adeep Raju were involved in the land deals, he alleged.

“Poor families were betrayed and cheated by giving them house sites in places away from their villages. In most places, the sites being given are in uninhabitable places like burial grounds, water bodies, low-lying areas etc,” he alleged.