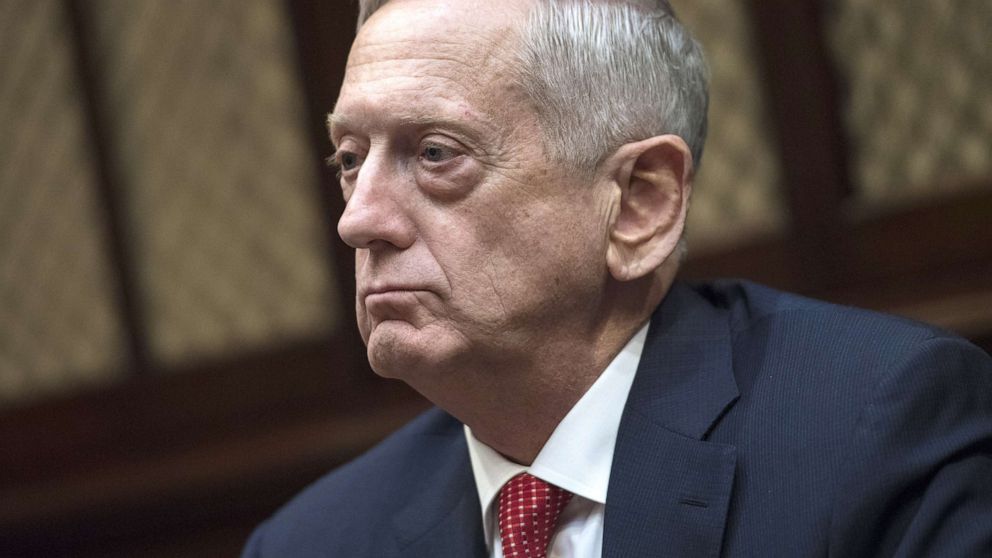 Former Defense Secretary James Mattis has directly blamed President Donald Trump for having “fomented” the security breach at the U.S. Capitol Wednesday, which he labeled “an effort to subjugate American democracy by mob rule.”

Mattis was among the former top Pentagon officials who served under Trump — including former Defense Secretary Mark Esper and retired Gen. Joseph Dunford — who also blamed political leaders spreading misinformation about the presidential debate as setting the groundwork for the violence at the Capitol.

“Today’s violent assault on our Capitol, an effort to subjugate American democracy by mob rule, was fomented by Mr. Trump,” said Mattis, who served as Trump’s first secretary of defense, in a statement provided to ABC News.

“His use of the Presidency to destroy trust in our election and to poison our respect for fellow citizens has been enabled by pseudo political leaders whose names will live in infamy as profiles in cowardice,” he added. “Our Constitution and our Republic will overcome this stain and We the People will come together again in our never-ending effort to form a more perfect Union, while Mr. Trump will deservedly be left a man without a country.”

Retired Marine General Joseph Dunford, the former chairman of the Joint Chiefs of Staff under Trump, issued a rare statement regarding Wednesday’s violence.

His comments are noteworthy, as he has kept his opinions on political events quiet since his retirement.

“I believe our leaders who have continued to undermine a peaceful transition in accordance with our Constitution have set the conditions for today’s violence,” he said in a statement provided to ABC News.

“This is an outrageous assault on our democracy and a sad day for our Nation,” Dunford added. “It’s time for all Americans and particularly our elected officials to put our Country first. As many have said, we’re better than this.”

Mark Esper, who succeeded Mattis as defense secretary, said the Capitol breach was “appalling and un-American.”

“The perpetrators who committed this illegal act were inspired by partisan misinformation and patently false claims about the election,” Esper tweeted. “This must end now for the good of the republic.”

Esper was fired by Trump after he fell out of favor with him in June when he came out against Trump’s desire to invoke the Insurrection Act and use active duty military troops against Black Lives Matter protesters.

“As this transition plays out over the next two weeks, I am confident the U.S. military will stay out of politics, and remain true to its sworn oath to support and defend the Constitution, and the American people, as the most trusted and respected institution in the country,” Esper said.

“And how sad that we have to confront the fact we may be no better than countries we often criticize,” Dempsey said. “But despite all of that we still can be. 535 members of the House and Senate can make that choice for us. Hopefully.”