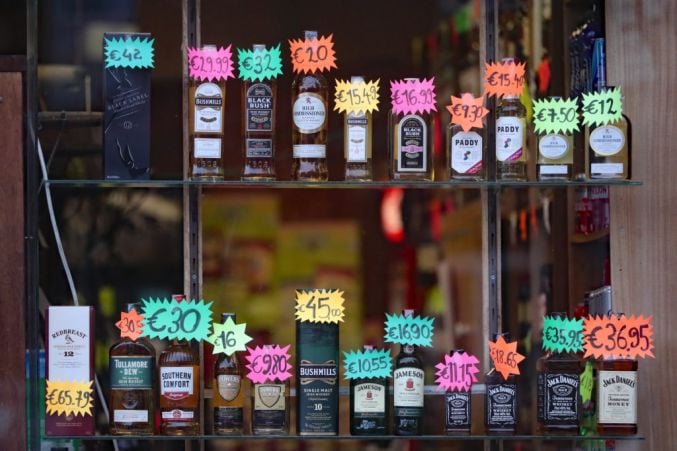 From Monday, retailers will be banned from selling alcohol at a reduced price on the basis of the purchase of another product or service. Photo: PA

Alcohol sales will be disallowed from supermarket voucher schemes from Monday, while popular multi-buy deals will also be shelved.

The changes come as part of the roll-out of the Government’s efforts to reduce the consumption of alcohol under the Public Health (Alcohol) Act 2018.

The Act has been gradually introduced over the past year but will finally hit consumers in a more meaningful way next week.

From Monday, January 11th, three new measures are set to be introduced.

Retailers will be banned from selling alcohol at a reduced price on the basis of the purchase of another product or service. This means that popular deals, such as “buy six bottles for €50” will be banned, but discounts on individual bottles of alcohol will still be allowed.

Offering loyalty points on alcohol sales will also be prohibited, while short-term promotions, of three days or less, will also be banned.

Grocers and off-licence outlets will also be prohibited from awarding loyalty card points on alcohol sales.

Alcohol Action Ireland, an advocate for reducing alcohol harm, has welcomed the move.

“These regulations will act as a small impediment to encouraging greater use and so contribute to reducing alcohol harm. Crucially, the ending of short-term promotion, so evident throughout the supermarket multiples, will bring some reason to what has been truly reckless price reductions on alcohol,” Eunan McKinney, head of communications with the advocacy body, told The Irish Times.

The main goal of the Act is to reduce alcohol consumption. The first changes were introduced in November 2019, when alcohol advertising was banned at bus stops, within 200 metres of all schools and during certain films at cinemas.

Subsequently, in November 2020, alcohol sections of supermarkets were cordoned off into areas separated by barriers, which had to be at least 1.2 metres high.

Next up, in November 2021, is a ban on alcohol advertising at sporting events or events aimed at children, and events involving driving or racing motor vehicles.

Earlier this week, Tánaiste Leo Varadkar suggested cutting opening hours for off-licences, but this was in an effort to curtail the spread of Covid-19.