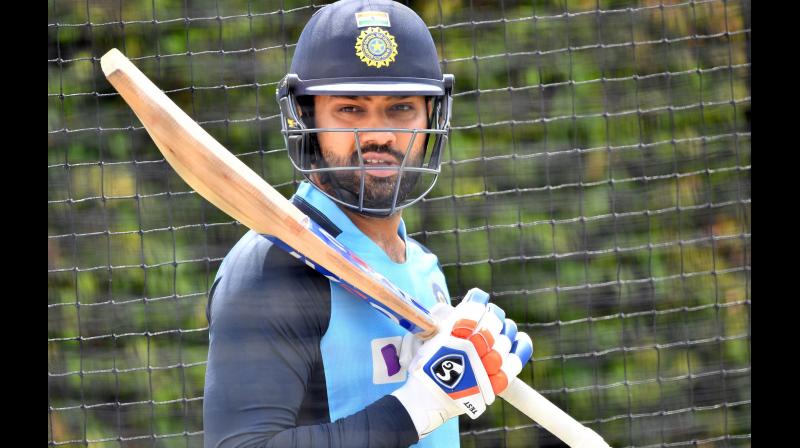 Sydney: Having touched nadir and zenith in a span of 10 days, Ajinkya Rahane’s India will look to start afresh against Australia with the big-hitting Rohit Sharma’s presence adding a new dimension to what promises to be an enthralling third Test starting here on Thursday.

The Sydney Cricket Ground (SCG), despite being witness to some extraordinary batting performances from the touring Indian sides over the years, has not exactly been a happy hunting ground with six defeats. The lone win came a good 42 years back.

If Rahane’s side can go 2-1 up and ensure the retention of the Border-Gavaskar Trophy, it will be one of the finest hours in the history of Indian cricket. Making it even more special is the fact that the side has been without two world class performers and a senior pacer against a nearly full-strength Australian team.

Seldom has an Australian batting unit, that boasts of a player of Steve Smith’s calibre, looked so circumspect and literally intimidated by an Indian bowling unit, which isn’t operating at full-strength.

The pressure is understandable as Australia are literally pushing a 70 per cent fit David Warner out there in the middle to combat fire with fire even as his statements make it clear that he is not at all comfortable with the idea.

And in this backdrop, enter Rohit Sharma, whose last couple of months have been loads of off-field drama.

First it was his absence from the initial part of the tour due to a hamstring injury sustained while playing the IPL.

Then his subsequent quarantine for two weeks in a Sydney apartment.

And when he finally united with his teammates, an excited fan inside a Melbourne restaurant led to an inquiry against him and four other teammates for what was called by the local media, a potential bio-security breach.

But the white-ball legend has learnt the art of being unfazed, which was evident from his intense net session on Tuesday when he was comfortably facing the first team bowlers like Ravichandran Ashwin.

His mere presence has added spring in the strides of the team and the youngsters in this current set-up swear by him, the reason he replaced Cheteshwar Pujara as vice-captain after just one Test.

The Sydney track has traditionally favoured the batsmen as Sunil Gavaskar, Ravi Shastri, Sachin Tendulkar and even Pujara and Rishabh Pant, who got centuries here during last tour, will vouch for.

If Rohit and Shubman Gill can give the team a good start, the under-pressure Pujara will be much more relieved while playing his own defensive game.

Rahane, after one of his more copybook hundreds constructed in adversity during the last game, will enter the arena with more confidence while facing the Australian quartet of Mitchell Starc, Josh Hazlewood, Pat Cummins and Nathan Lyon.

KL Rahul’s injury has given Hanuma Vihari one more chance despite his returns being as underwhelming as Mayank Agarwal, who has been forced to make way for Rohit.

But it is Australia’s wobbly batting that will again be put to test by Ashwin on a track, that has traditionally helped spinners.

With 10 wickets and a new-found confidence, Ashwin has won both on and off-field battle against opposition’s key players such as Smith and Marnus Labuschagne.

It’s not just the wickets that he has scalped but the manner in which the intelligent Chennai engineer has managed to create doubts in the minds of world class batters is worth its weight in gold.

As much as Australia needs Smith to be back in form, they would also need someone like Travis Head to deliver as he has failed to get a hang of both pace and spin.

Jasprit Bumrah, who is still some games short of 20 Tests, will be leading the pace attack and is expected to show the way with his bagful of tricks.

Whether it’s Siraj or Saini, whoever shares the new ball will have their task cut out as they aim to match the highest standards set by the likes of Mohammed Shami and Ishant Sharma.