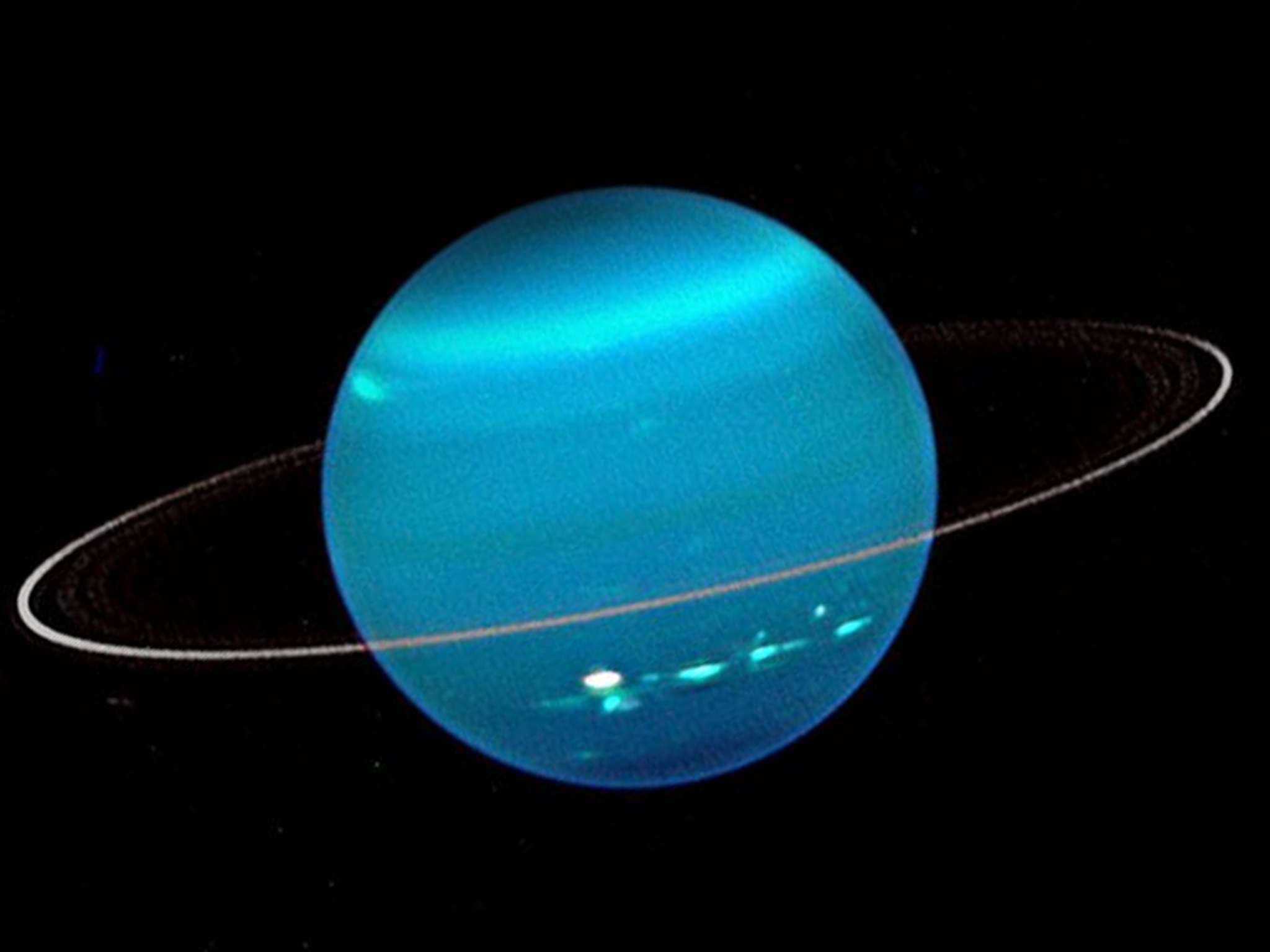 Scientists are investigating whether Uranus’ moons could have oceans hidden beneath its surface, in their quest to find habitable worlds that could have hosted alien life.

Researchers believe that Miranda, Ariel, Umbriel, Titania, and Oberon, the five largest moons of Uranus would be prime candidates for investigation due to their similarities to Europa and Enceladus, the moons of Jupiter and Saturn.

Europa has long been seen as a possible candidate to have extraterrestrial life in our own solar system, but getting through the thick crust of ice on its surface presents a challenge to scientists hoping to reach the ocean and better study it.

These moons show evidence of cryovolcanism, which is when liquid and vapour material that might be trapped under the surface escapes and becomes frozen by hitting the low temperatures of space.

Studying images sent from the Voyager 2 spacecraft in 1986, the moons show fresh uncratered material, ridges, valleys, and folds – all of which could originate from subsurface oceans.

“The big question here is: Where are habitable environments in the solar system?” Benjamin Weiss, a planetary scientist at the Massachusetts Institute of Technology, said.

Europa and Enceladus “make a lot of us wonder whether there are many moons out there that, although they’re small, may still be warm.”

The scientists calculated the strength of Uranus’ magnetic field, and how that would impact any oceans underneath its moons’ surface – the same technique that Nasa used to confirm the presence of Europa’s ocean and also the one on one of Jupiter’s other moons, Callisto.

If the moons could detect Uranus’ magnetic field, and also experiences differences in its strength and detection due to a moon’s movement though said field, it could potentially generate an electrical current.

“If there’s liquid water there and it’s a little bit salty like ocean water on the Earth, then it can be conducting, meaning currents can flow in it,” Weiss said.

Using models of the moon’s fields, researchers suggest that Miranda’s moon had the strongest magnetic presence (300 nanoteslas) while Oberon is likely to have the weakest, with a predicted three nanoteslas.

As such, scientists predict that subsurface oceans on Miranda, Ariel, Umbriel, and Titania could all be measured, although Oberon’s is probably too weak to be noticeable, being on the edge of what’s currently detectable.

“The key is that Uranus’ field is non-spin symmetric, unlike Saturn’s, and it rotates. We know these things, so [the technique] should work,” said David Stevenson, a planetary scientist at the California Institute of Technology.

“The caveat is magnetospheric effects [of Uranus], which are not yet well characterized but are unlikely to kill the idea.”

However, Stevenson notes, the oceans on Uranus’ moons are likely to be found deeper than those on Jupiter’s moons, as the icy shell is thicker, but such a factor might make them more easier to detect.

“Getting close enough to one or more of the satellites to see this – you have to get close, meaning within a satellite radius, roughly – is unlikely to be a feature of an early… mission to Uranus,” which likely wouldn’t arrive before 2042, Stevenson also said.

Weiss presented the research on 15 December at the American Geophysical Union’s Fall Meeting 2020.