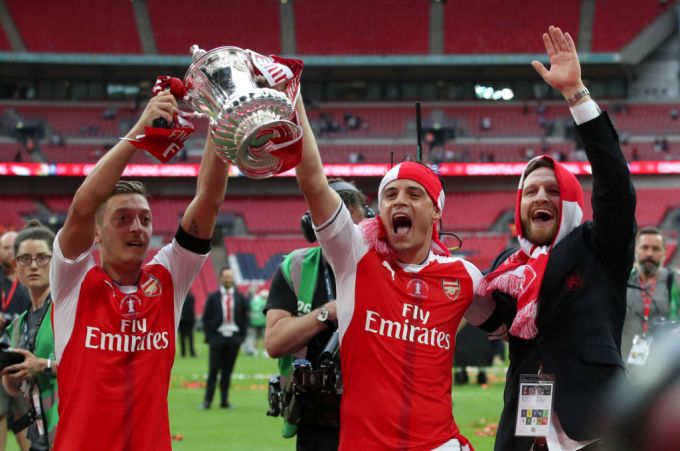 Manager Mikel Arteta has insisted Mesut Ozil’s legacy at Arsenal is intact regardless of whether he plays for the club again.

The World Cup winner has entered the final six months of his lucrative deal with the Gunners – which is said to be worth some £350,000-a-week – and can now talk to overseas teams.

Arteta and Ozil’s agent have both this week confirmed his future will become clearer in the coming days, with Fenerbahce and DC United linked with the playmaker who has made more than 250 appearances for Arsenal since he signed in 2013 from Real Madrid.

While the 32-year-old has not been selected in 10 months and has become a marginalised figure, he won multiple FA Cups at the Emirates and has been a key player in runs to the League Cup and Europa League Final in 2018 and 2019 respectively.

Ozil was not included in Arsenal’s Premier League and Europa League squads for this term, but is eligible to feature in Saturday’s FA Cup third round tie with Newcastle if picked by his manager.

Arteta said: “I don’t know what is going to happen so I prefer not to talk about that [his future], but what Mesut has done at the football club is unquestionable and that will stay.

“It doesn’t matter if he plays two more games, 10 more games or none. What he has done is there for the records, for the history of the club, and his contribution I think nobody can discuss that.”

The departure of Ozil this month would help ensure the attacker is no longer the elephant in the room at Arsenal.

Already the club have allowed Sead Kolasinac and William Saliba to depart on loan which is in contrast to the summer transfer window, where the majority of incomings and outgoings occurred late with Thomas Partey only joining on deadline day.

While Arteta would prefer the Gunners’ business to be finalised early in January, he knows the challenges they face.

He added: “To be fair at the moment the market is really complicated.

“The situation around every club is not easy and to get negotiations going, it makes it harder because you cannot be face to face or travel to another country and make a deal happen like that.

“Everything has to be done over the phone or on Zoom. It can go either way. I can tell you what I would like, to on day one have the squad and the players out and in sorted. I think it is really complicated right now.”

Ahead of the start of their FA Cup defence, the mood at Arsenal is more positive compared to how it was midway through December.

Pressure was building before a run of three consecutive wins – sparked by a derby victory over Chelsea on Boxing Day.

It was the Blues who Arsenal defeated on August 1 to win the FA Cup for a record 14th time and Arteta is determined to enjoy more success in the tournament.

“It was a beautiful day,” the Spaniard said. “The last game of the season and everybody take off after that. It was a really difficult end to the year with all the Covid-19 situation we have in place, so obviously it was great to finish the season on a high.

“We will go after every competition. We are the holders, we have to defend that title and we know how it means to the football club and the history that is related to the FA Cup, so it is a great competition for us to play.”