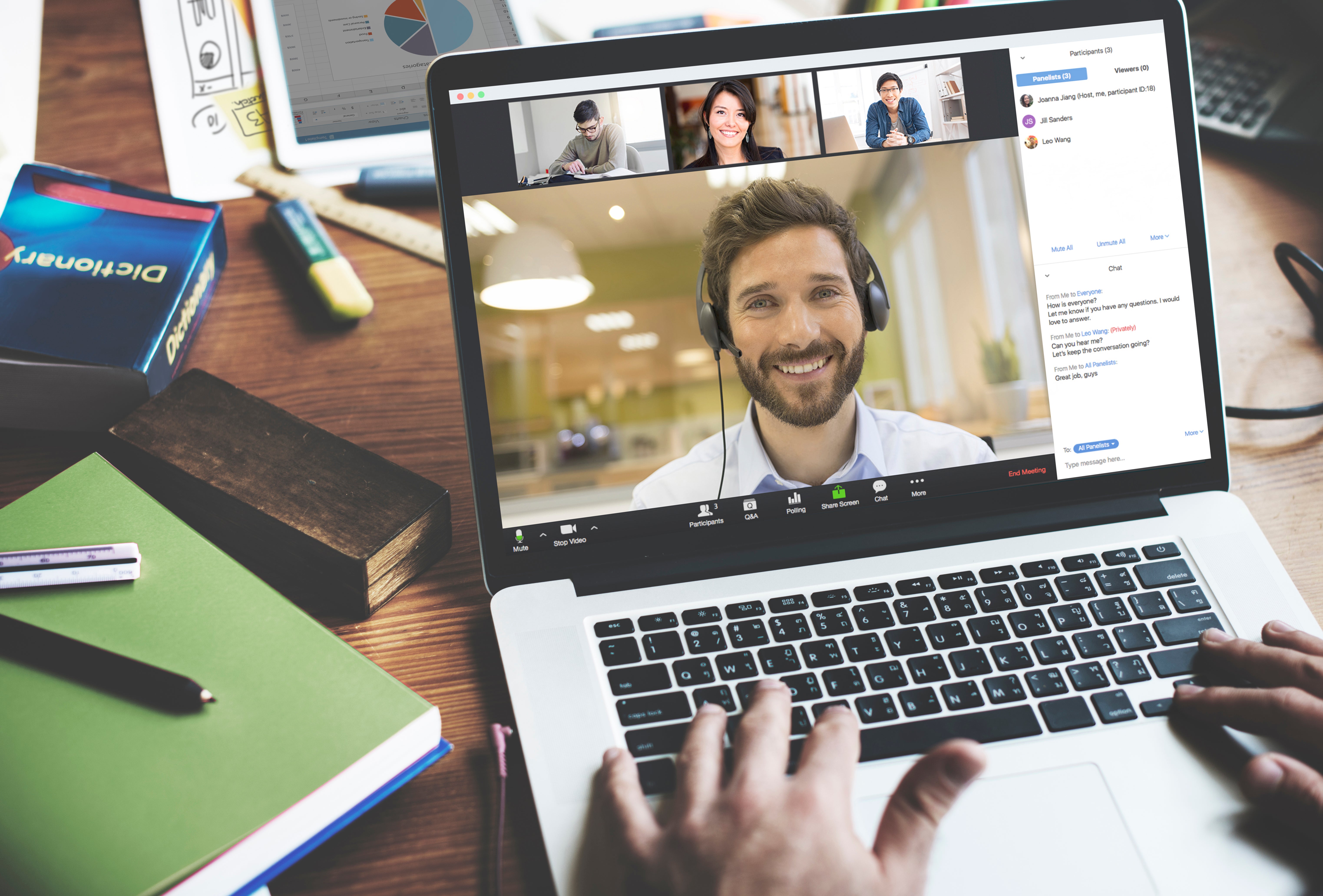 There are very few technology companies that manage to become verbs. Google, Uber, Skype are a few and now Zoom has joined their mix.

During the coronavirus pandemic the video conferencing software rose substantially in popularity, from 10 million daily users in December 2019 to 300 million in April, with two trillion minutes sent through its servers between January and April. “Let’s Zoom” was heard around the world.

Zoom was obviously core to businesses being able to continue during the pandemic – The Independent itself regularly uses Zoom to host its own meetings – but it also found itself middleman for Boris Johnson’s cabinet meetings, sheep meditation, pasta making courses, nude artworks, workouts, and Christmas parties.

It is interesting that in the face of tough competition from Apple, Google, Microsoft, and Facebook that Zoom rose to the top, but the reason is rooted in one thing all technology products should aim for: accessibility.

For a start, Zoom was free, and didn’t require an account to use. FaceTime needs an expensive ticket into Apple’s ecosystem. Google Meet (formerly Hangouts Meet) required a Gmail account, something that might not integrate with workplace ecosystems, and only became free in April before being brought into the main Gmail app in June. Facebook was not used for work, and its subsidiary WhatsApp still does not support desktop use properly.

Zoom was also easier to use. Users, many of which may not have used video conferencing tools in any great depth before the pandemic, only had to use a code the length of a telephone number to enter meetings.

It is likely that the force behind making Zoom so simple to use came from its CEO, Eric Yuan. Yuan left his previous employer Cisco’s Webex after reportedly failing to persuade them that speed, ease of use, and mobile app support needed higher prioritisation.

Skype, by contrast, requires an alphanumeric, case-sensitive code which, while likely more secure, was not a priority for many people simply trying to get through their already-disrupted day-to-day with as little hassle as possible.

Moreover, Microsoft’s app had a history of poor feature support. Skype regressed, Wired recalls, by adding in features users did not want such as custom emojis and Stories, which it later rolled back. In the midst of its identity crisis – one that is still ongoing – Zoom took over.

Those factors made Zoom’s desktop tools incredibly popular, so much so that despite its iPad version lacking numerous features – including window resizing and multitasking, which turned off the camera if you switched to another app – it was still Apple’s iPad app of the year.

✕Lord of the Rings cast reunite on Zoom

The company’s path to the top was not a smooth one, however. Making the app so simple quickly became a double-edged sword as another word, “Zoom-bombing”, entered our lexicon. Attackers would find easily-accessible Zoom meetings and troll participants, ranging from relatively inoffensive material to footage of abuse and racial slurs.

The Independent itself was victim to a notorious Zoom-bombing, when then-Financial Times reporter Mark Di Stefano listened in on confidential and sensitive video calls  from editors at The Independent about salary cuts and furloughs at the start of the coronavirus pandemic.

Log files show Di Stefano’s account registered to his FT.com email address joined the private video call for The Independent staff for 16 seconds. The caller’s video was disabled, but journalists saw his name flash briefly on screen before he left the meeting.

Five minutes later, a separate account joined the call, this time unnamed. Again, video was switched off so that only a black square was displayed among the screens showing up to 100 people who had been invited to attend. The anonymous user account, which remained in the meeting until the end, was later shown to be linked to the mobile phone used by the same Financial Times reporter.

“The journalist in question has now resigned from the company. The FT wishes to apologise to The Independent and the Evening Standard, which subsequently informed the FT that the same reporter had accessed a meeting it held”, the newspaper said in May.

The concern of Zoom-bombing incidents like these became so great that the National Crime Agency in the UK and the FBI in the United States had to issue warnings and advice about keeping calls secure, and security researchers demonstrated how hundreds of numerical keys that provide access to meetings could be found inside of an hour.

Zoom soon introduced new features to address Zoom-bombing, such as letting account owners and administrators disable the personal meeting code, adding an extra layer of safety to the app from malicious individuals.

Zoom also suffered another scandal around its back-end security, when it was found that it did not feature end-to-end encryption on calls so that it could better provide access to law enforcement. It had also shut down the account of a Tiananmen Square activist, who had a paid account, at the behest of the Chinese government. The account was later reinstated.

In a year when police and federal agency actions were under heavy scrutiny, as were the actions of the Chinese government in the wake of the Hong Kong protests, Zoom saw thousands of users petitioning it to add in greater security, which it eventually did.

The debates around Zoom’s relationship with governments are likely to rage on – the US Department of Justice recently filed charges against a China-based Zoom executive for interfering with video meetings commemorating the anniversary of the Tiananmen Square massacre – but its use across the world is unlikely to diminish.

“The adoption of work-from-anywhere has led to companies using tools such as Zoom for synchronous calls and I feel this trend will continue in 2021 and beyond,” Prithwiraj (Raj) Choudhury, the Lumry Family Associate Professor at the Harvard Business School and an expert on the future of work and remote-working practices, tells The Independent.

The video calling software’s popularity in a post-pandemic world might wane slightly – its share price dropped in the wake of news of a coronavirus vaccine  – but Choudhury believes that it will still be used in the workplace to great benefits.

“In the old physical world of work, face to face interactions mostly happened between employees on the same floor of the office building and rarely happened between employees across floors or separated by the organizational hierarchy,” he says, adding that Zoom has acted as a “great equalizer in shrinking borders and flattening hierarchy for these virtual face to face calls.”

Nigel Cullington, Head of Marketing for Upland ESM, echoes this claim, saying that companies have “learned this year that even apart, they can’t work in isolation. They have needed more than ever to share intelligence, communicate about their work and their interactions with other parts of the business and with customers, and break the information silos once and for all,” he tells The Independent.

It must be said that while Zoom is experiencing the boom now, it may still face a challenge from other companies, most likely Microsoft Teams. “Zoom is built for this moment and beyond. We have the platform to support what the world needs – today, tomorrow, and well into the future,” Phil Perry, Zoom’s UK and Ireland Head, tells The Independent, saying the company is “continually innovating to ensure our platform is best in class” with better integration with third-party apps.

But Microsoft is shortly closing the gap, announcing a Teams plan for consumers as part of a larger push to make Teams a tool for friends and family as well as businesses. The service has already seen startling growth, from 44 million daily users in March 2020 to a claimed 115 million active users in October 2020 (Skype for Business, meanwhile, will be sundowned next year to make way for Teams.) Zoom, reportedly, is fighting back, with rumours of it launching a calendar and email service.

If the unexpected lurch into lockdown has shown anything, it is that the future is uncertain, and for now Zoom remains in a position of strength. Even if it diminishes, though, Eric Yuan might appreciate the breathing room.

“I still want to go back to the product side—that’s my strength, not as a public figure. I just do not enjoy that,” he said, somewhat ironically, to Time, as they named him Businessperson of the Year.