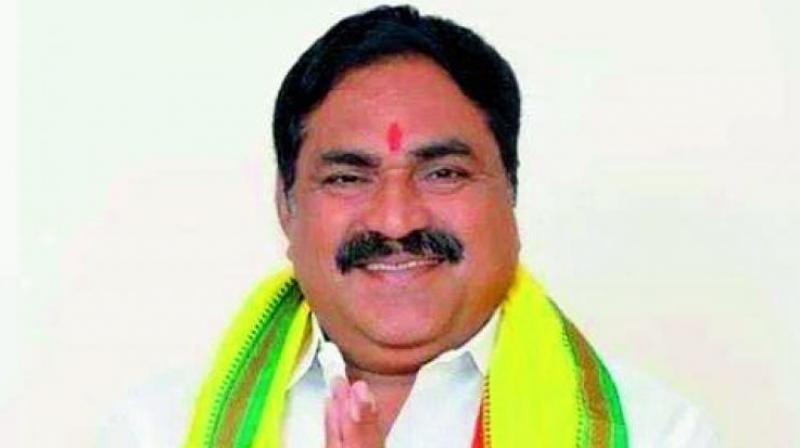 He found fault with BJP state president Bandi Sanjay challenging TRS leaders to come to the Bhadrakali temple to discuss the provision of Central and state government funds to Warangal. “Why do BJP leaders always bring up temples for everything,”  the minister asked.

“We can organise a discussion with officials in the collectorate regarding the fund allotment from both the Centre and the state. We can review the expenditure and decide if any funds given by the Centre were diverted by the state government as the BJP leaders claim. It is not correct to make baseless allegations against the government,” Dayakar Rao said.

The minister noted that the Centre has, on many occasions, appreciated Telangana state in Parliament for its development and welfare schemes and ranked it at the top in aspects like development, saving electricity, government hospital services, IT exports, CCTV camera installation, support for farmers, housing and providing drinking water.

"The Centre also gave several awards to the state. However, the BJP leaders continue to criticise the TRS government alleging there is no development. BJP leader Tarun Chugh has commented that the state failed to provide employment. His statements contradict the fact that the Centre has ranked Telangana number one in the employment guarantee scheme,” he said

The minister pointed out that Chief Minister K. Chandrashekar Rao had asked the Centre to integrate farmers in the employment guarantee scheme, but it was the Centre which had failed to do so.

Rao said the people of Warangal cannot be fooled that easily. He requested Sanjay to refrain from making instigating comments in the name of religion for political gains.