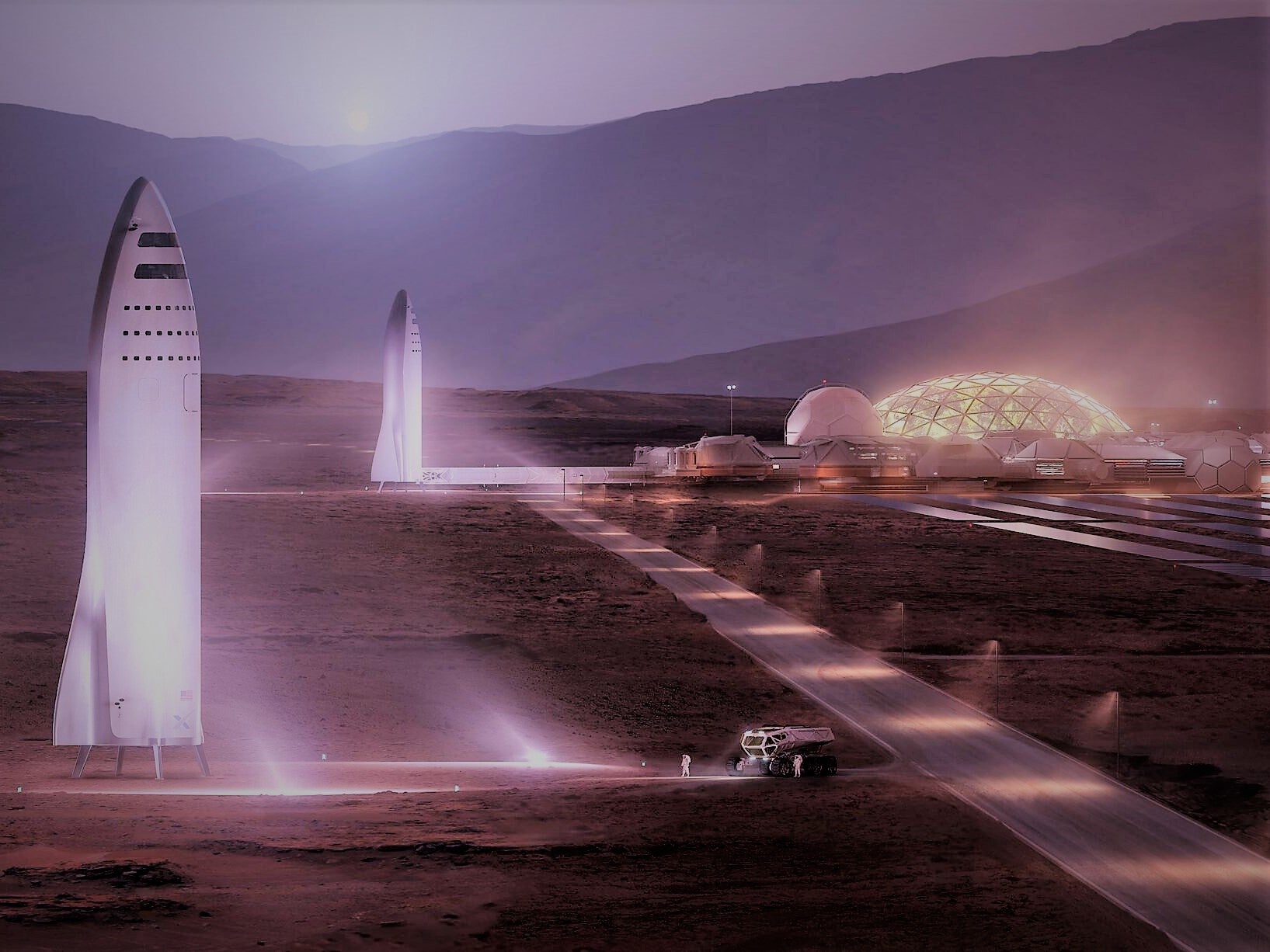 SpaceX CEO Elon Musk has said any future economy on Mars could be cryptocurrency based.

The tech billionaire, who is one of the co-founders of online payments giant PayPal, hopes to send the first humans to Mars as early 2024, with the ultimate aim of setting up a “self-sustaining city on Mars as soon as possible”.

Responding to a Twitter thread started by AI researcher Lex Fridman, Mr Musk agreed a “Mars economy will run on crypto”, suggesting it could be with the novelty cryptocurrency dogecoin or the fringe cryptocurrency Marscoin.

The Marscoin project was founded in 2014 and saw a brief surge in popularity during the cryptocurrency market bull run in late 2017 but has since drifted into obscurity. The altcoin currently has a market cap of less than $100,000, according to CoinMarketCap.

Dogecoin could be a more likely candidate, given it continues to be relatively popular and shares many of the same decentralised attributes as bitcoin.

Last week, the price of dogecoin surged by more than a third after Mr Musk changed his Twitter bio to “Former CEO of Dogecoin” and tweeted: “One word: Doge.”

The SpaceX founder has frequently spoken of his ambition to travel to Mars in his lifetime and earlier this year ordered employees to accelerate the development of the next-generation Starship rocket.

A 12.5km flight test of a Starship prototype took place earlier this month, with plans to build a 1,000-strong fleet of the spacecraft – each one capable of carrying up to 100 people.

SpaceX provoked controversy in October after stating that it would not recognise international law on Mars, instead adhering to a set of “self-governing principles”.

According to the Terms of Service of SpaceX’s Starlink internet project, any future settlements on the Red Planet would “recognise Mars as a free planet”, adding that “no Earth-based government has authority or sovereignty over Martian activities.”

The terms stated: “Disputes will be settled through self-governing principles, established in good faith, at the time of Martian settlement.”

It is not yet clear what these principles might be, though Mr Musk has previously hinted that his preference for a Martian government would be one based on direct democracy.

“It would be people voting directly on issues,” he said in a 2016 interview. “The potential for corruption is substantially diminished in a direct versus a representative democracy.”

SpaceX did not respond to a request for comment from The Independent but lawyers have noted that any Mars constitution would still be subject to the 1957 Outer Space Treaty, which states that “outer space, including the Moon and other celestial bodies, is not subject to national appropriation by claim of sovereignty, by means of use or occupation, or by any other means.”

Randy Segal, from the law firm Hogan Lovells, recently told The Independent: “The whole of space law contemplates that those of us on this planet share the rights and responsibility to make space something we can all share together.”

WhatsApp to stop working on millions of phones from 1 January

How to get the most out of your new Android phone