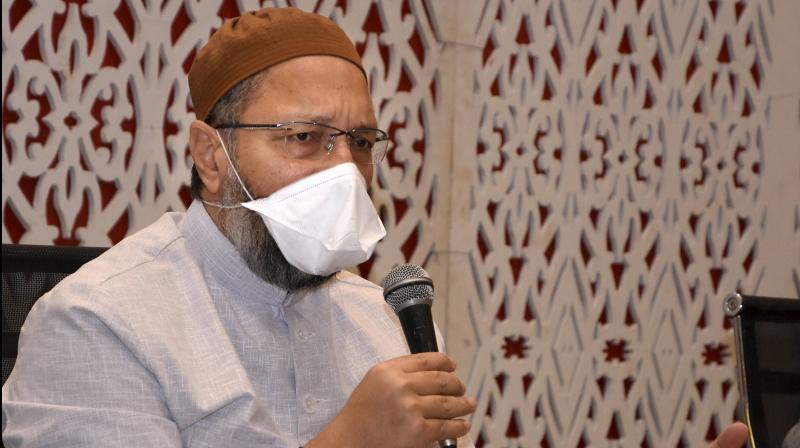 Kolkata: Sk Abdul Kalam, the acting West Bengal unit president of AIMIM, joined the Trinamool Congress on Saturday along with several other members of the Asaduddin Owaisi-led party, months ahead of the assembly elections.

Joining the TMC at its headquarters in Kolkata, Kalam said there has been an atmosphere of peace and tranquility in West Bengal for several years and he switched sides to keep the "poisonous air" at bay.

"We have seen that West Bengal used to be an oasis of peace. But of late, the air has become poisonous and this has to be set right. That is why I decided to join the Trinamool Congress," he told reporters.

The AIMIM leader and his followers joined the TMC in presence of senior party leader and state minister Chandrima Bhattacharya.

Kalam said AIMIM should have tried to foray into West Bengal in the past and seeking a political entry at this point of time will not be proper.

"It will lead to unnecessary cutting into votes, which is not desired at all," he added.

"I have travelled to districts such as Bankura, Murshidabad, Coochbehar and Malda and spoke to the people there. They all said this poisonous air has to be kept at bay. There is a need to join the Trinamool Congress," Kalam said.

In November, AIMIM's key leader in the state Anwar Pasha along with some of his colleagues joined the Trinamool Congress, claiming that the Hyderabad-based party was only acting as a polariser of votes to help the BJP.

Owaisi visited the state last Sunday and met prominent Muslim leader Abbas Siddiqui, holding discussions on the political scenario and the assembly polls, which his party announced that it will fight, undeterred by the defections.

A deciding factor in nearly 100-110 seats in the state, Muslims have acted as a bulwark of the TMC against its rivals till the 2019 Lok Sabha polls. Prominent Muslim leaders in the state, nonetheless, have claimed that equations are likely to change with the entry of the All India Majlis-e- Ittehadul Muslimeen (AIMIM).

Elections to the 294-member West Bengal assembly are likely to be held in April-May.

Can Trump’s revolutionary faction be contained?