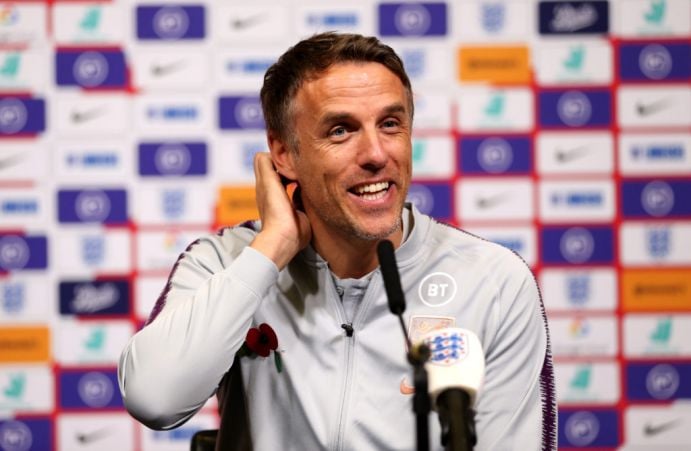 Neville was approached about the role last week before the departure of Diego Alonso was confirmed on Thursday and it is understood he has now agreed terms.

The move will effectively rule him out of guiding the Great Britain women’s football team at this summer’s Olympics as planned.

Inter Miami are co-owned by Neville’s former Manchester United and England team-mate Beckham, who is also his fellow co-owner of League Two side Salford. Beckham was back in Florida this weekend as the club moved towards an appointment.

Neville, 43, has been the England manager since January 2018, guiding them to the semi-finals of the 2019 World Cup, but said last year he intended to step down this July.

Holland boss Sarina Wiegman has already been named as Neville’s successor, but is not due to take charge until September.

Neville’s England team have not played an international since March, when their SheBelieves Cup campaign left them with a record showing just three wins in 11 games stretching back to the World Cup semi-final.

In Florida, Neville will take over a team that finished 10th out of 14 in the Eastern Conference during their maiden MLS campaign last year.