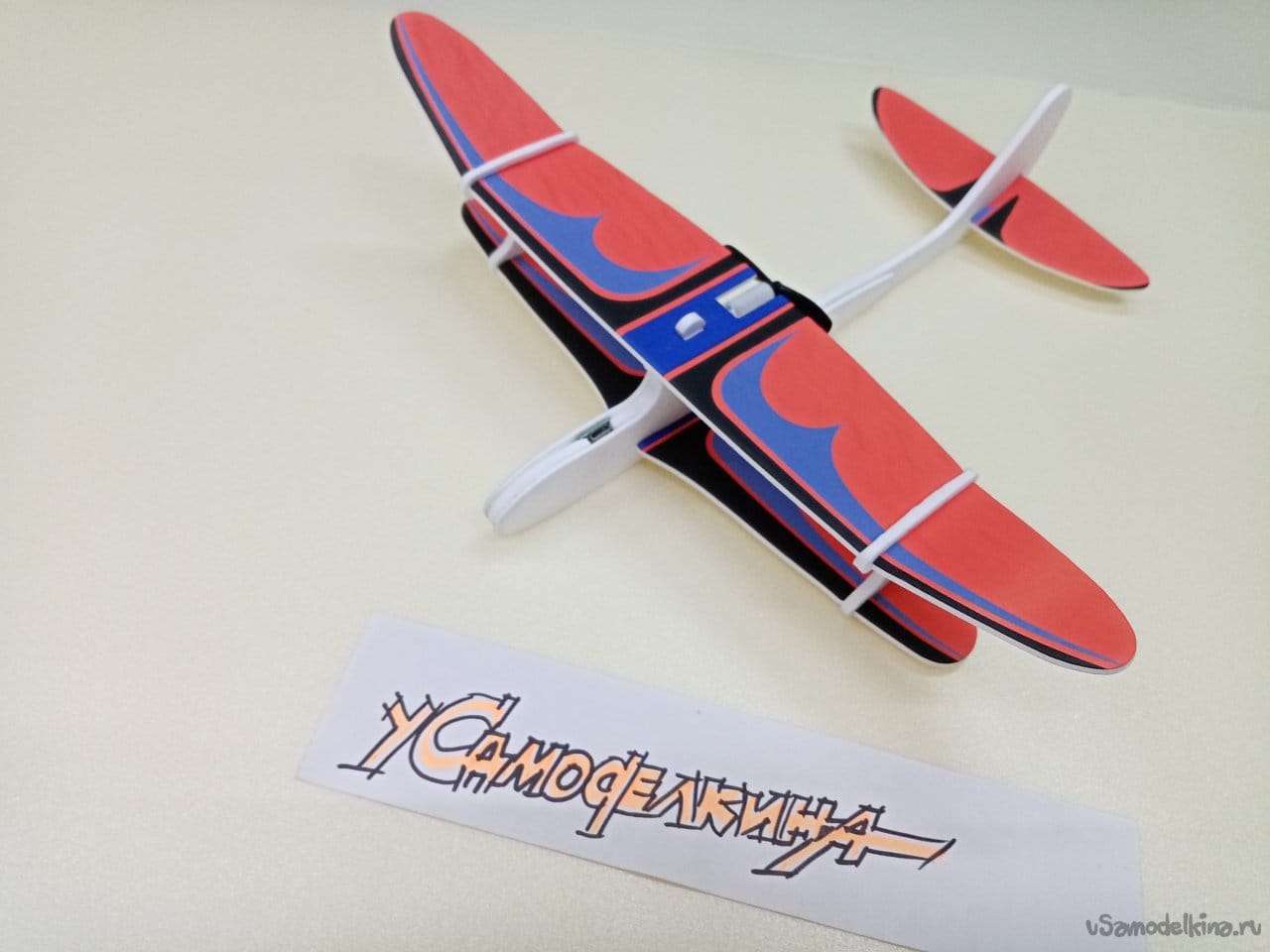 After the end of the new year, shops finally opened and purchases began. First of all, what they ate and drank. Empty refrigerators and wine bars (who have these bars, of course) are filling up on the new one. We still have to celebrate and celebrate until the “Old New Year”.
After many days of inactivity, I wanted to do something with my hands. Such a kind and as simple as possible. Since the fingers are not something that they have become unaccustomed from complex manipulations, coordination has not completely recovered. The champagne hasn't faded completely.
Once looking into the FixPrice store for some trifle, I came across a children's gift airplane. Standing alone on the shelf. That's what I need. I will play as a child. I bought myself a “post-New Year” gift.
Such a beautiful box. 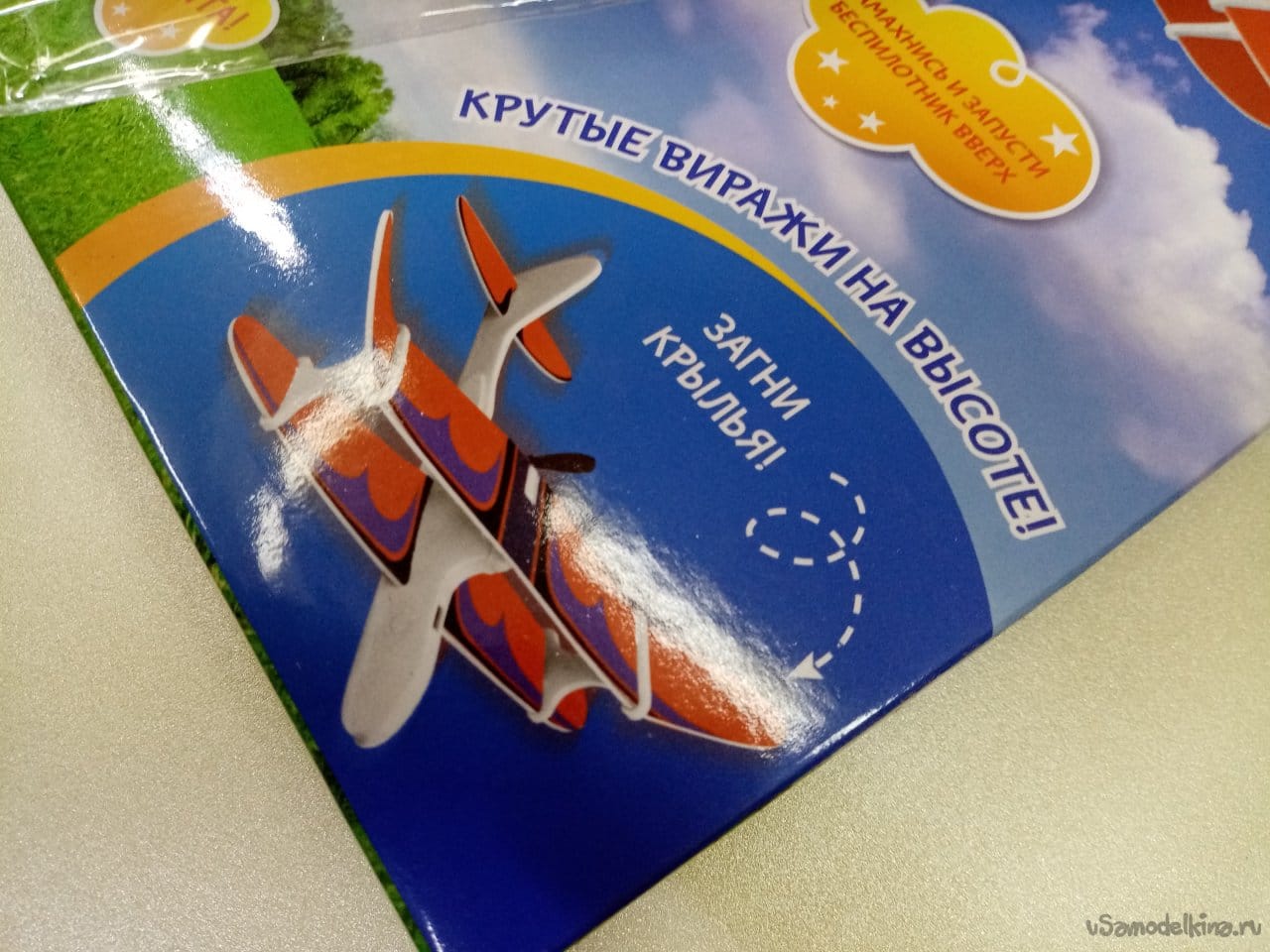 Looked at the check, good price. 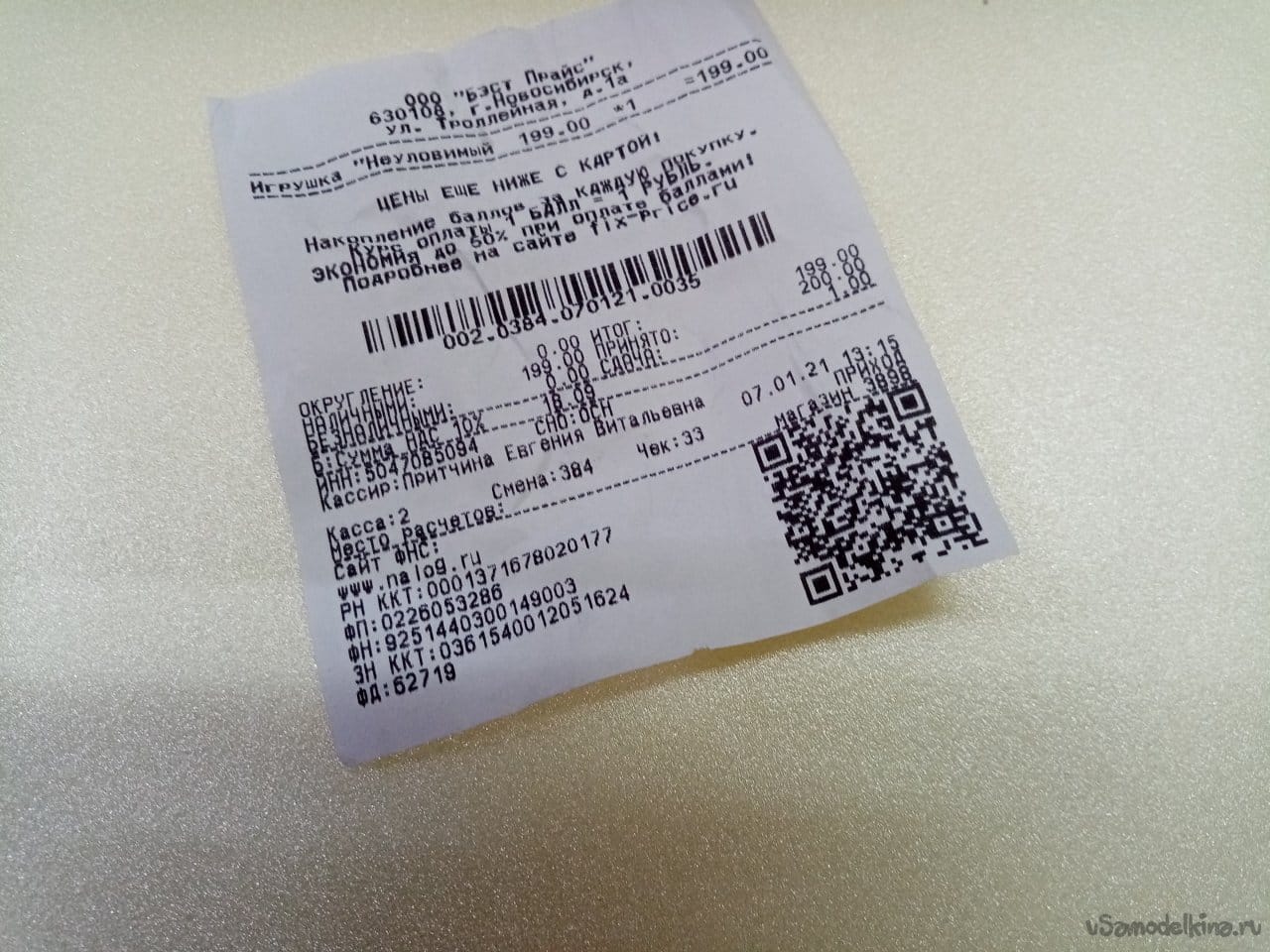 I decided to assemble the structure in the model. I was ashamed at home, my granddaughter would not understand my purchase. Moreover, I am on duty on holidays.
And so, what I see in a beautiful box.
Yeah. content is exactly 4 times less than the package volume.
Obverse. 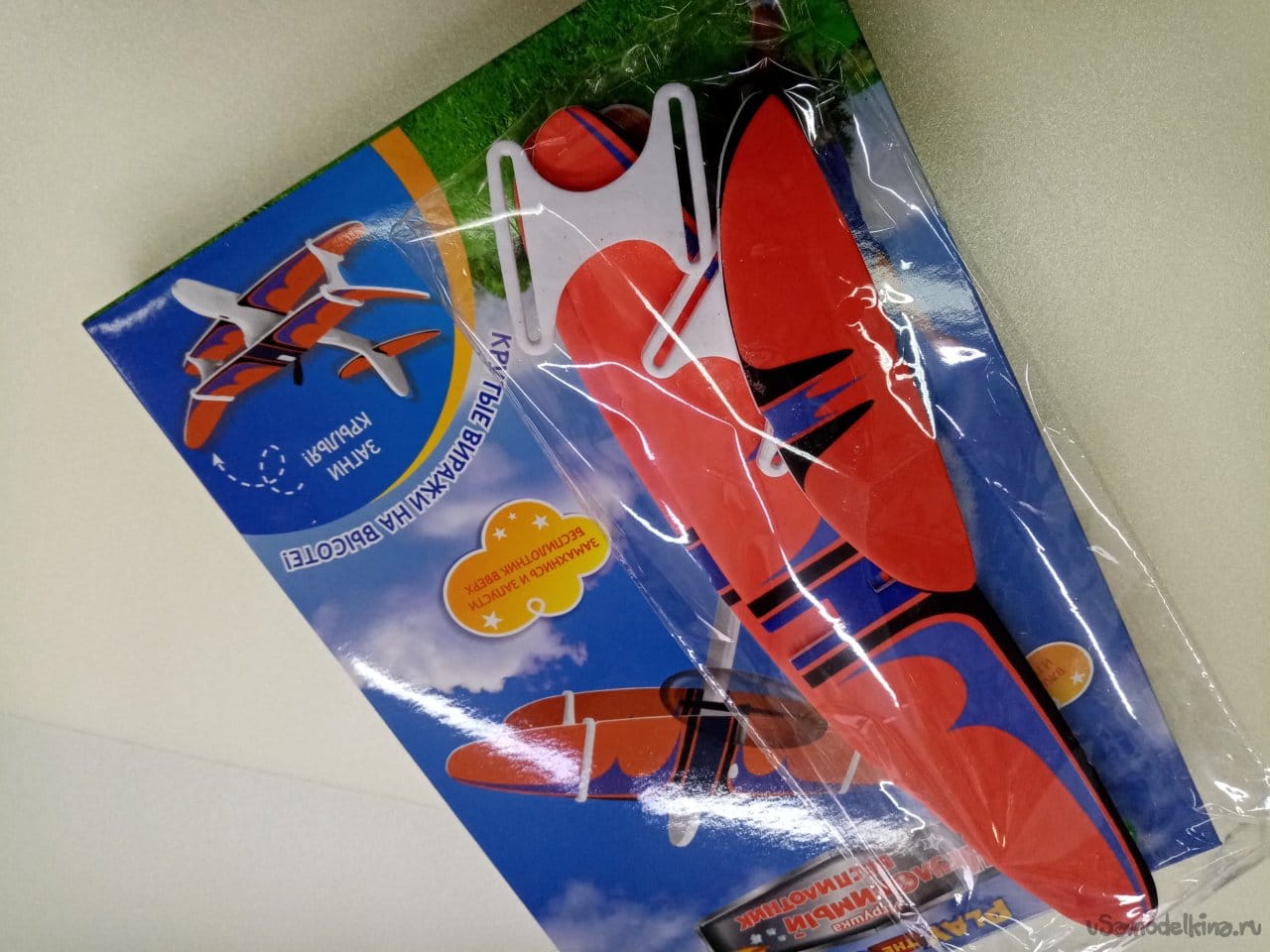 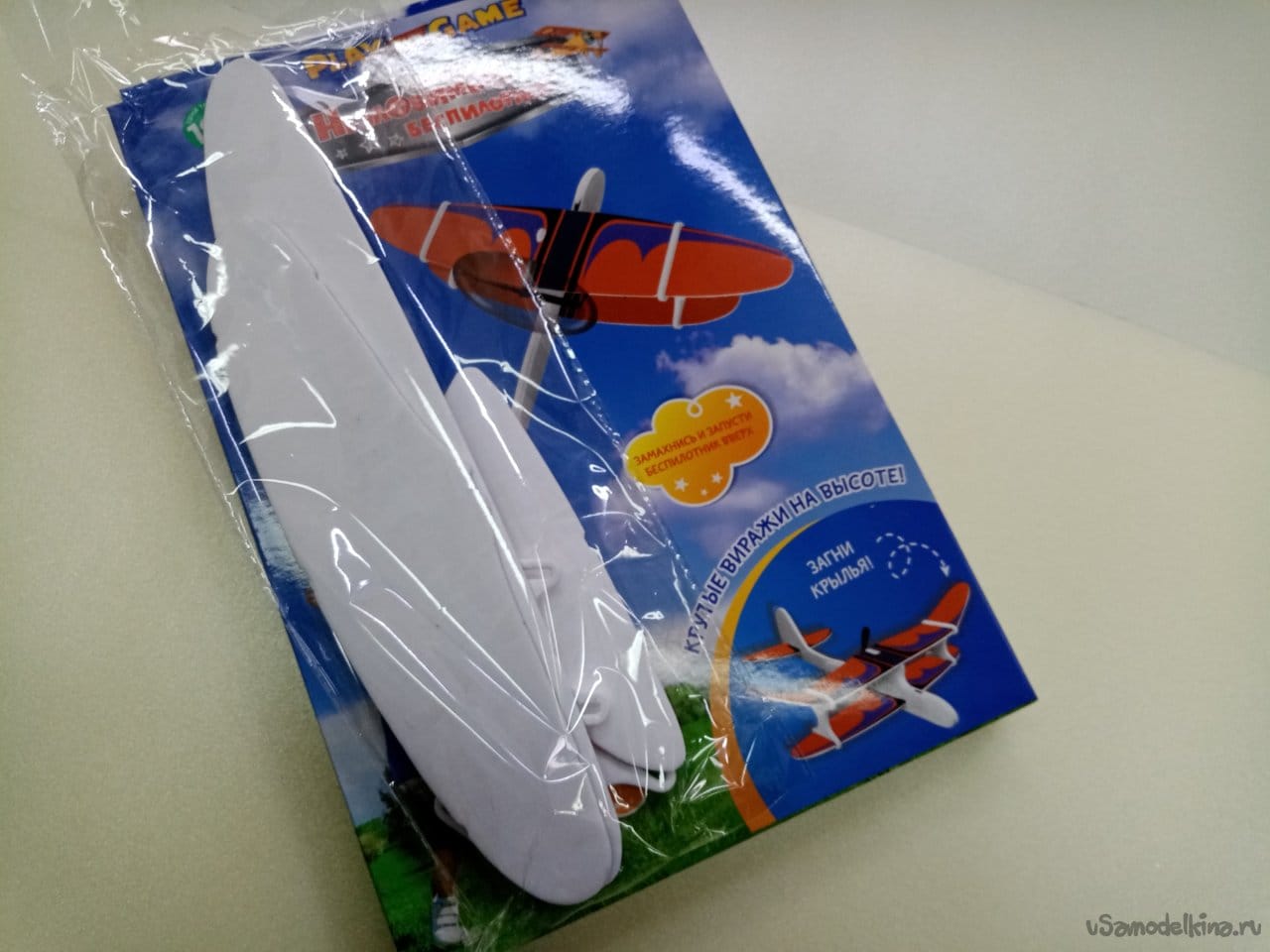 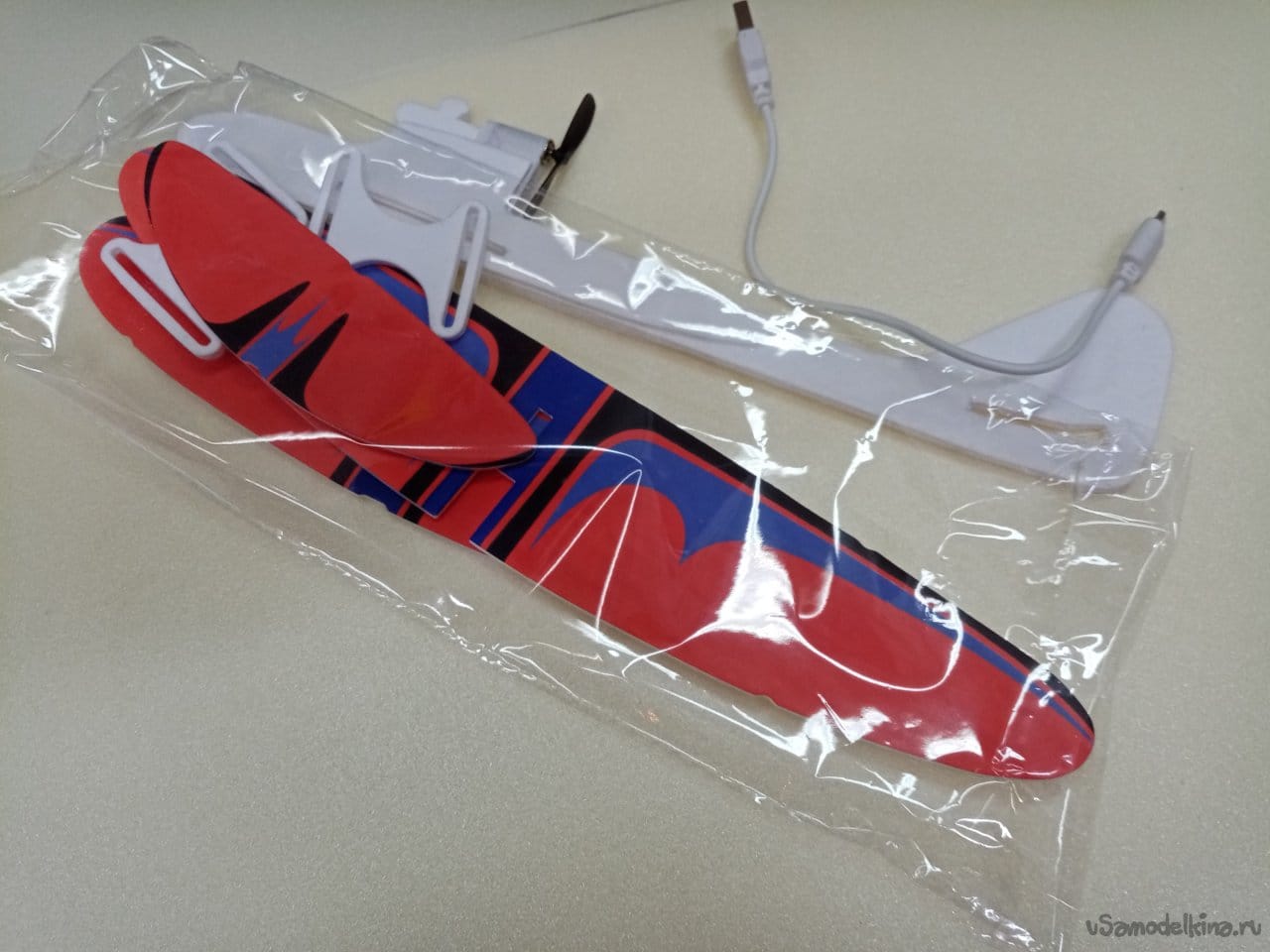 The plane is made of soft plastic resembling rubber. Very pleasant to the touch. Actually all the spare parts. 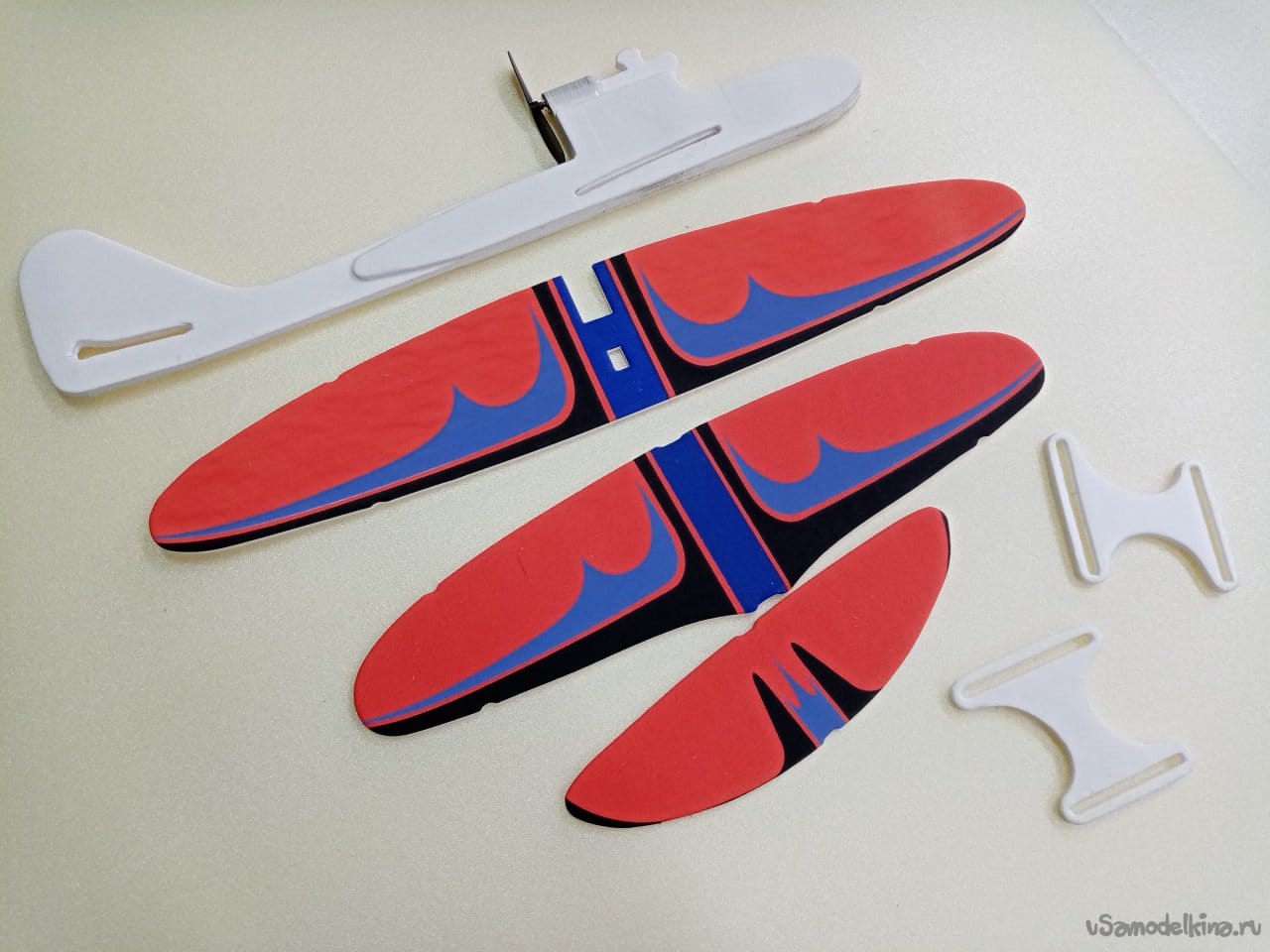 The assembly is clear and extremely simple. Parts are inserted into the slots with a slight interference. The plastic deforms a little and fixes everything securely.
I remove the remains of plastic from all the slots. I start with the elevator, it is installed and locked securely. Curved upward enough. I think the power-to-weight ratio is small and thus the flight is maintained in the horizon, at the thrust limit.
< img class = "aligncenter" alt = "New Year's gift for yourself, children's airplane" src = "https://usamodelkina.ru/uploads/posts/2021-01/1610469985_img_20210111_101039.jpg"/> The tail bends a little in the hands, but that's okay. It will be difficult to damage such a soft and resilient body in an accident. 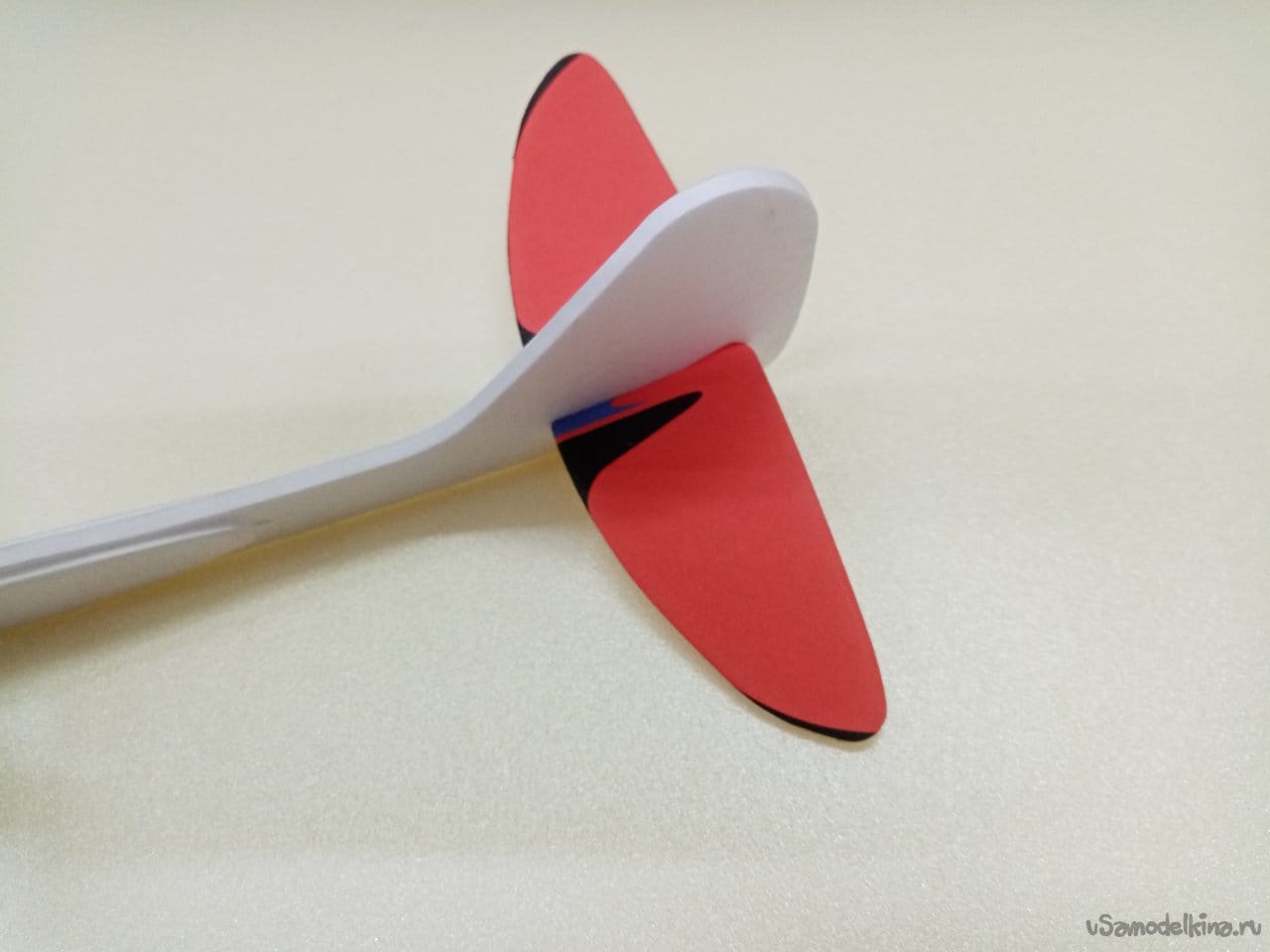 The next stage of the process, installation of the lower wing in the already cut gap passed without problems. 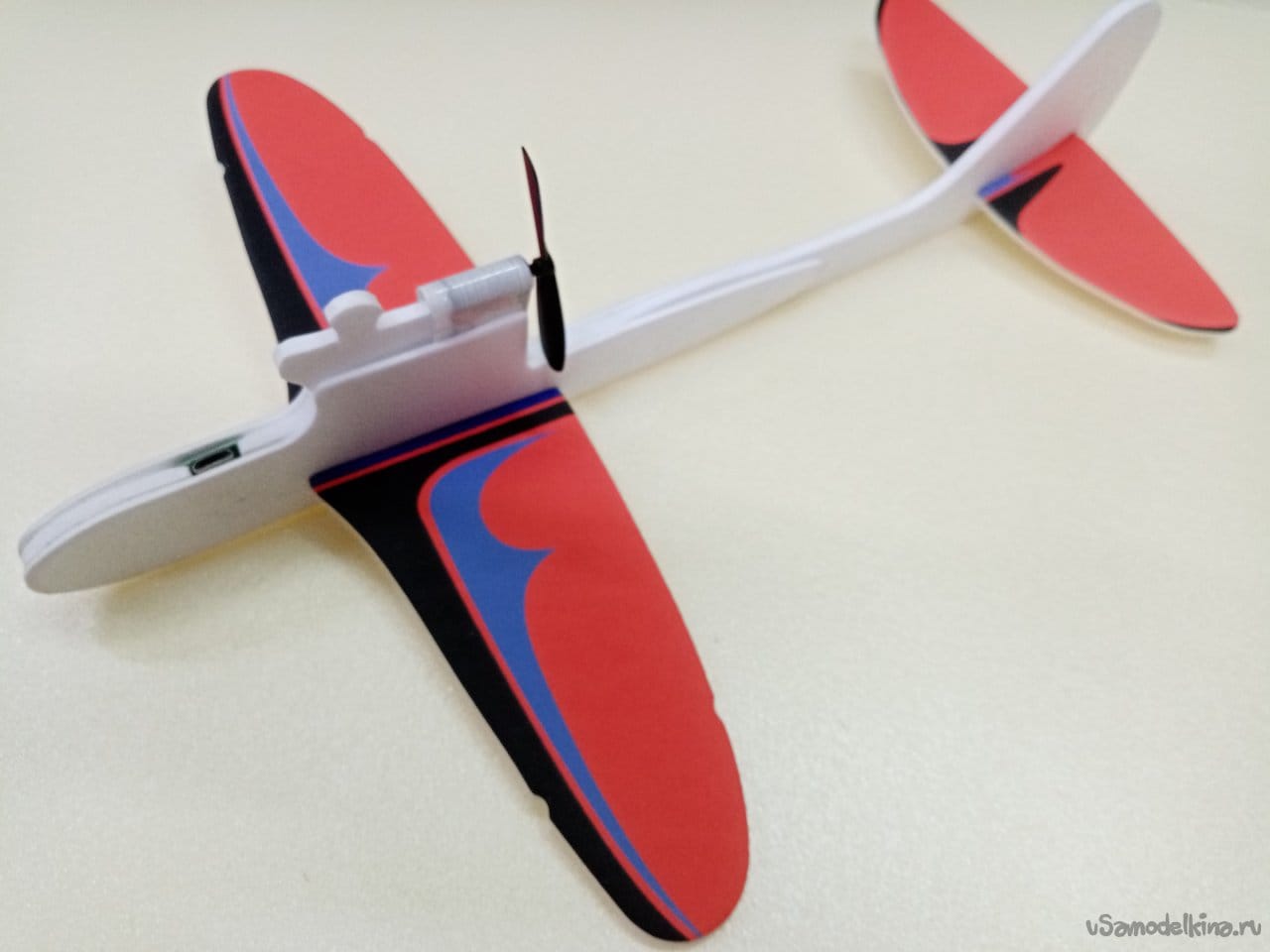 The upper wing is mounted just as easily and fixed with a latch. 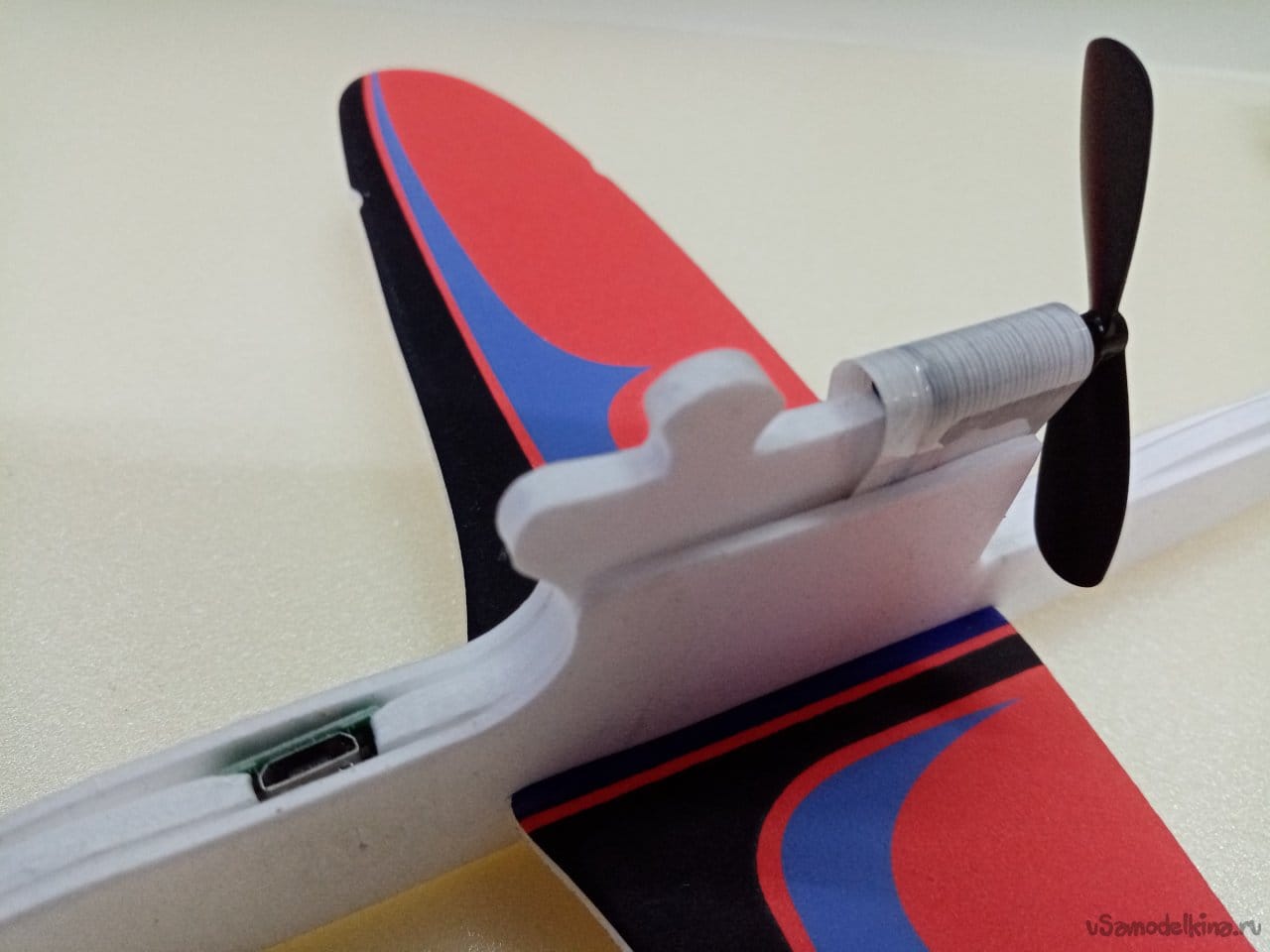 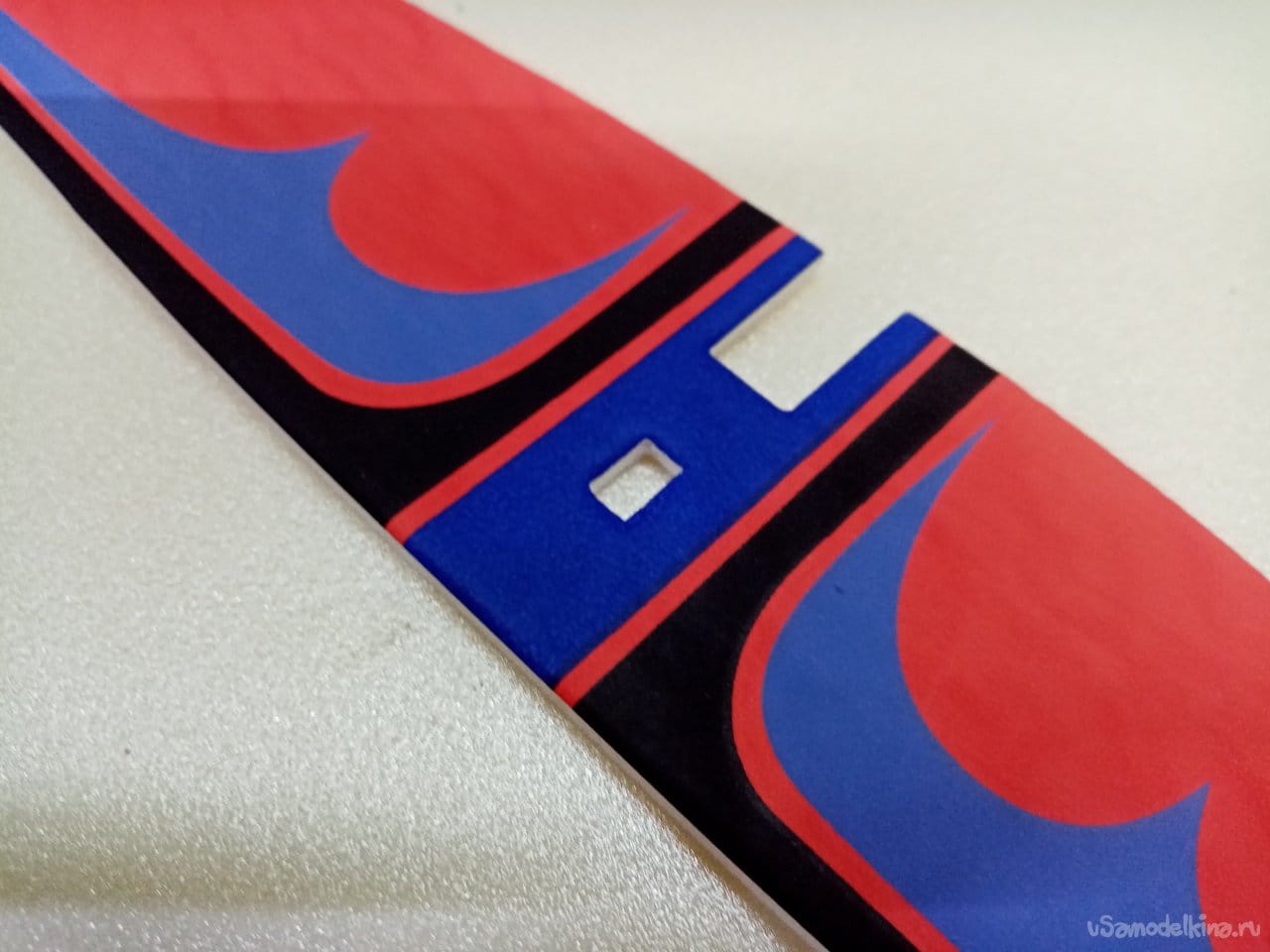 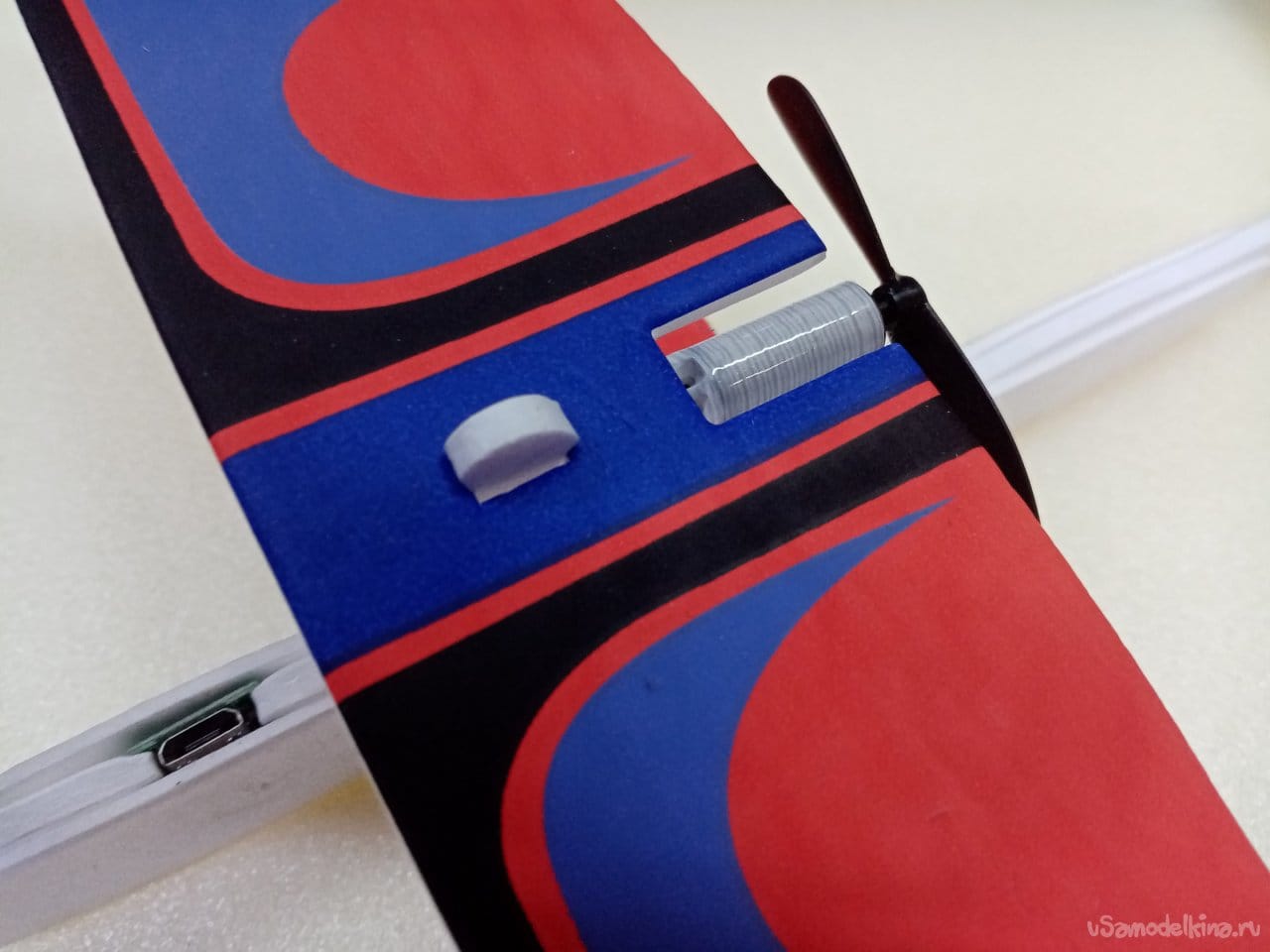 Braces, fastenings between set them in place with wings.
The airplane is almost ready. 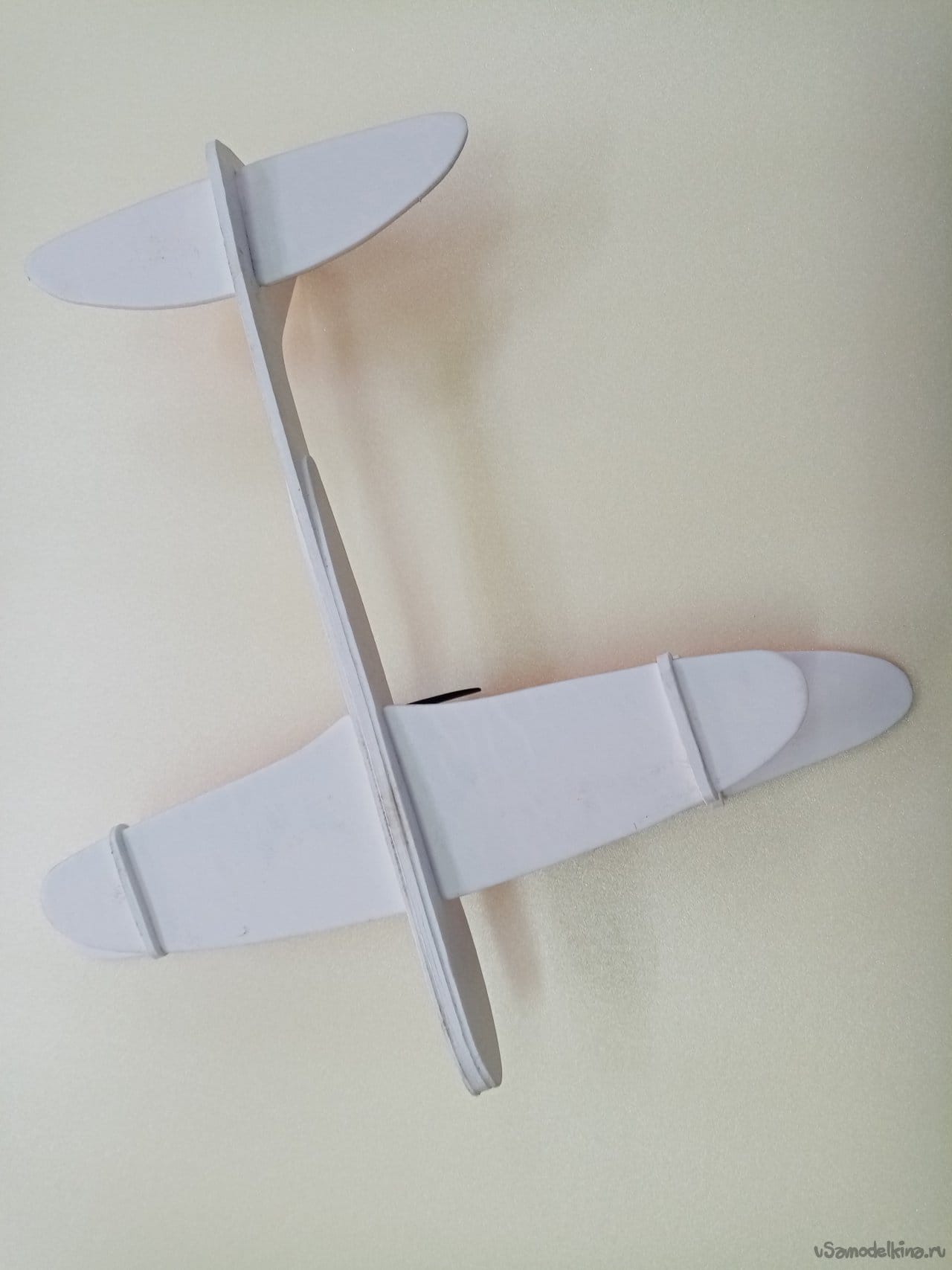 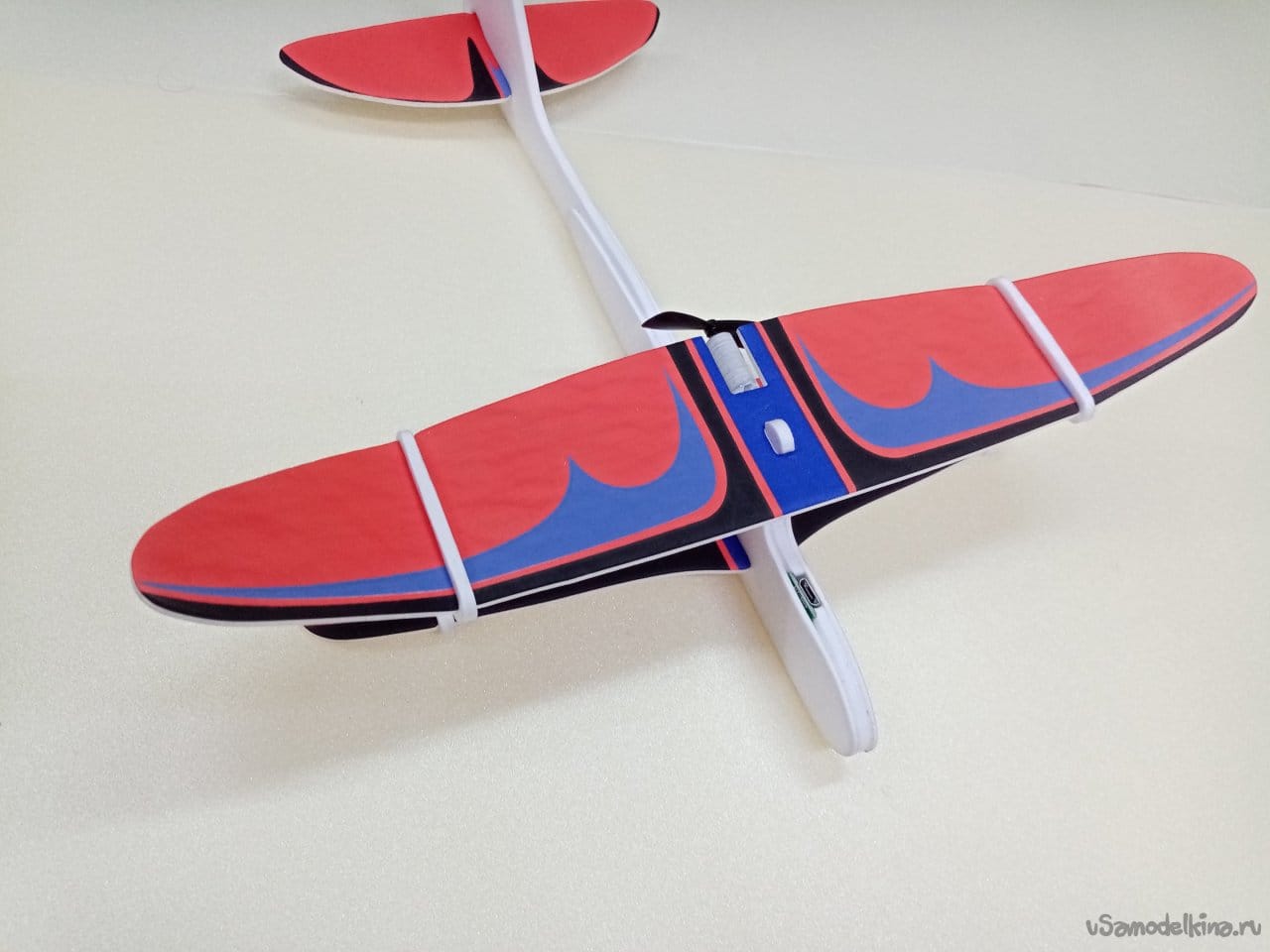 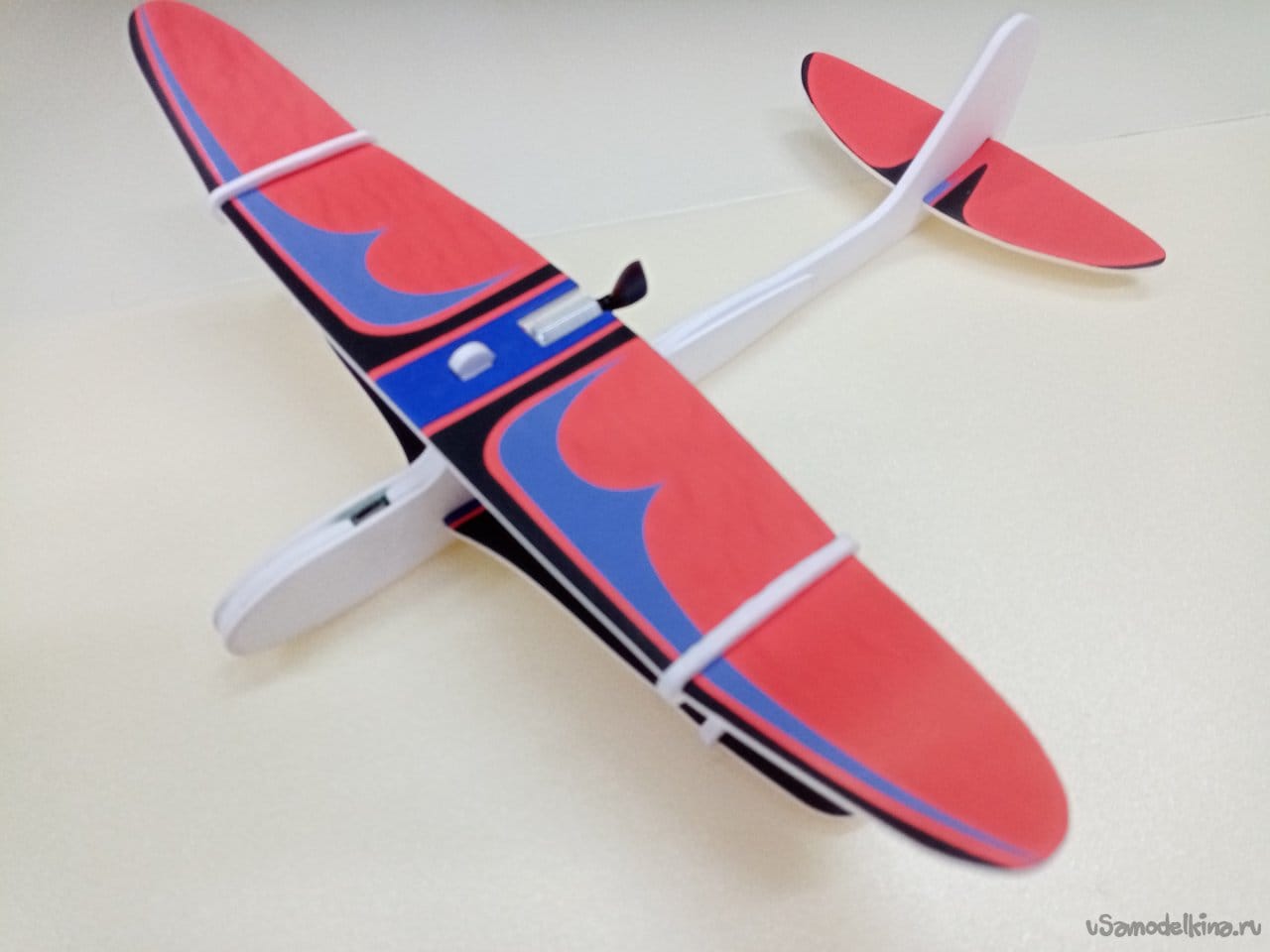 I'm trying the propeller group. Enabled by simply clicking on the specified location.
The plane was already loaded.
I find a cable in the package. So, as I read, the charger is not included in the kit. The plane is charged at 3.7 volts. So any charger from your phone will do, you can use a laptop. 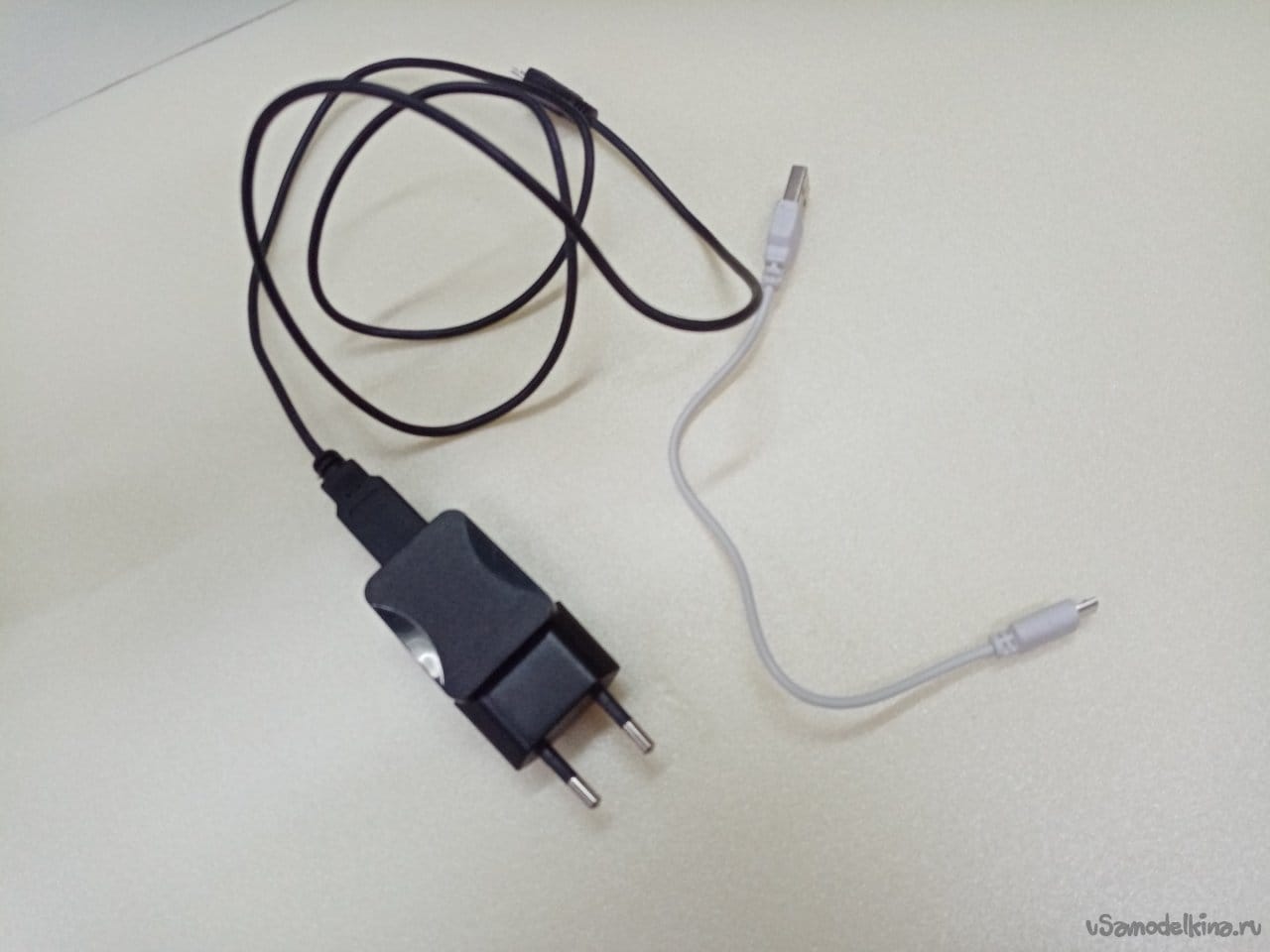 We are charging.
It's time to fly, I found a large enough area. Since the airplane is designated as “elusive drone”, I slightly deflected the rudder. The device is not radio-controlled, where I will catch the elusive one.
I rested on the snow.
Flies vigorously enough. An obvious time limiter is built in. After landing we take off again. The charge was enough for five flights.
After test flights in the fresh air, set up a minimum turn and flew indoors mug.
Not a bad New Year's gift.
Source:

How to make a hand hold for a circular saw

Did the battery explode while welding a car? Conducted tests