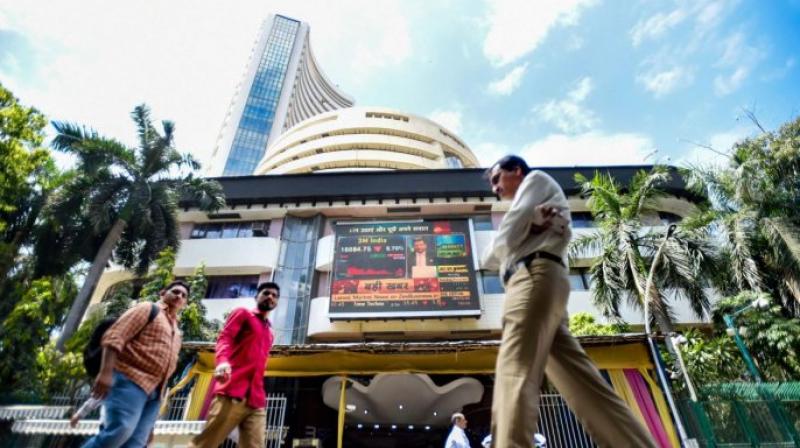 Mumbai: Monday saw a broad-based rally in the stock markets led by banks and financials, thus continuing the trend from Friday. Many factors fed this optimism: there are expectations of a stimulus ahead of the festival season and a further opening up of the economy. Also, the postponement of a Supreme Court verdict in the case relating to interest on loans during the moratorium period and some positive global cues.

Further hopes of a stimulus package announcement by the US government also kept the mood positive.

On the domestic front, positive global cues, expectations of a stimulus package from the Union government along with speculation of a further opening up of the economy, cheered the market.

Banking stocks gained on hopes that the government may infuse some capital into the sector in order to provide support to them over waiving interest rates on loans under a moratorium.”

West Bengal government would allow opening of cinema halls and multiplexes led to rallies in PVR and Inox Leisure.

Among the sectors, heavyweight BSE Bankex index gained 3.58 per cent while NSE Nifty Bank gained 3.26 per cent. BSE and NSE Auto indices also gained more than 3 per cent ahead of September month sales data due on October 1.

Vikas Jain, senior research analyst, Reliance Securities said, "Nifty-50 has witnessed a strong bounce from its 200-day average placed at 10800 levels. The banking sector has to lead the up move ahead of the monetary policy and being oversold on daily charts.”

"Going ahead, the market may remain positive in the near term in the hopes of stimulus package announcement and further easing of restrictions which will improve demand," Khemka said.