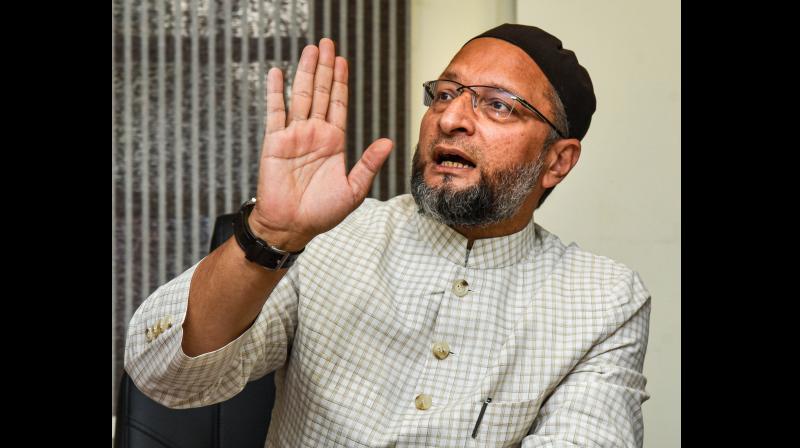 The party that had confined itself to Hyderabad for decades is striving to expand its base across the country in recent times. It has opened its account in the assemblies of Maharashtra and Bihar and is now eyeing Gujarat, West Bengal, Tamil Nadu, Madhya Pradesh, Uttar Pradesh and Karnataka.

AIMIM chief Asaduddin Owaisi had announced that his party would expand its base in all the states except Kerala, Assam and Jammu and Kashmir. The Indian Union Muslim League in Kerala, the All-India United Democratic Front in Assam, and the PDP and National Conference in Jammu and Kashmir are mainly representing the minorities.

As a part of expanding the party in other states, the AIMIM is entering into alliances with the parties working for the Dalits and minorities in those states.

The strategy of the Muslim-Dalit alliance (Jai Meem (Muslim) and Jai Bheem) during the 2014 elections in Maharashtra worked well. The AIMIM is concentrating on forging alliances with parties working for the downtrodden. In Maharashtra, it allied with the Prakash Ambedkar-led Vanchit Bahujan Aghadi (VBA).

In the recent Assembly elections in Bihar, the AIMIM had an alliance with Upendra Kushwaha’s Rashtriya Lok Samta Party and Mayawati's BSP and won five seats.

In Uttar Pradesh, the AIMIM has a formal tie-up with the Suheldev Bharatiya Samaj Party of Om Prakash Rajbhar, a former ally of the BJP; the SBSP was also a part of the alliance of the AIMIM in Bihar.

In Uttar Pradesh, the party has already opened its account by winning seats in several municipalities, Zilla parishads and gram panchayats. Sources in the party disclosed that the party is negotiating with Chhotubhai Vasava for an alliance with his Bharatiya Tribal Party in Gujarat.

The AIMIM chief has already deputed party teams to Madhya Pradesh, West Bengal, Gujarat and Tamil Nadu for exploring electoral ties. In the last Assembly elections, the party contested one seat in Tamil Nadu and this time it will likely contest more seats.

As for West Bengal, the MIM might field candidates in as many as 25 seats where Muslim voters are a deciding factor.

The Democrats’ false choice on impeachment

After break with Trump, Pence charts a new path forward